Phascolonus was two to three times larger than modern wombats, and had a body weight up to around 200 kg. The project consisted of over 100 components, including an over-400-mm-long skull and an over-600-mm-long pelvis.

Dr Martin Ankor, of Cartesian Creations, printed the Phascolonus replica using several printers. A pair of Prusa Mk3s, equipped with Vesconite Hilube bushings, were used to get the project under way, and a larger custom CoreXY machine was constructed to fabricate the larger parts. The Prusas printed most of the smaller bones, as well as all the parts needed for the CoreXY.

“These types of prints often have difficult support requirements [New layers of heated filament may need to be printed without support from lower layers] but, with well developed profiles and accurate printers, that is rarely a problem,” he says, noting that his machines have a print success rate of over 95%.

Other challenges with projects such as these are the complexities of biological forms. Computerised tomography (CT) and micro-CT scans often need significant processing to make the files ready for printing.

“I’ve printed well over 100 different specimens for museums and researchers ranging from tiny rat jaws to mammal and dinosaur skulls,” he says.

“There is demand, and that demand is likely to increase. However, there is also the need to operate within limited budgets and tight funding,” he notes.

Dr Ankor recalls that he did not change the printer bushings to Vesconite Hilube specifically for museum printing, but that prototyping, developing field equipment, and museum commissions all require clean and accurate prints, with often complicated support requirements.

The main reason why he changed to Vesconite Hilube bushings was that he wanted printers that could operate for long periods of time with minimal maintenance.

“I run a small print farm, and don’t have much redundancy (or spare time) to take a machine out of service for maintenance,” says Dr Ankor.

“Vesconite Hilube bushings are low maintenance and, in the event of a problem with the rod/bearing, aren’t likely to cause damage to anything else. In contrast, if a traditional bearing goes bad, then you often need to replace both rods and bearings,” he concludes. 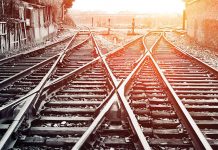 Predictive Maintenance Can Extend Your Investment 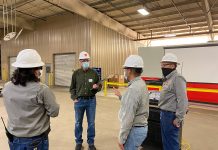 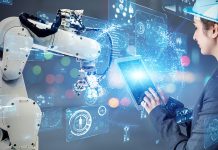