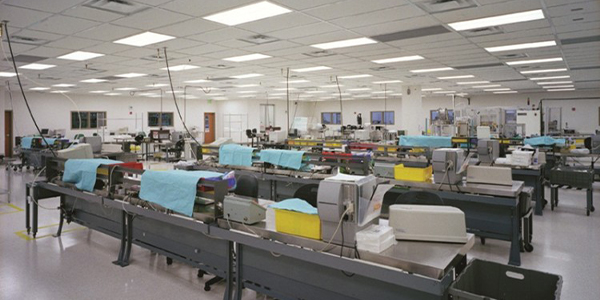 From its very first day of existence, Baxa, the industry leader in devices for handling liquid medications, has been a company devoted to problem solving. It was born to help hospital staff avoid mistakes inherent in measuring out doses using teaspoons or cups.

The result has been steady growth for Baxa, which has accelerated in the past few years because of the company’s spirit of innovation and its willingness to work with customers in the healthcare field to craft state-of-the-art solutions that solve a range of everyday problems. Marian Robinson, the vice president of marketing for Baxa, said the company’s approach gives it an edge over competitors who offer limited, rigid product lines.

The birth of Baxa
Baxa was founded before healthcare officials began to realize that hospital errors were a growing problem. A key figure in founding the company was Brian Baldwin, who had started his career in product development for industry giant American Hospital Supply and then branched out to make hypodermic needles.

In 1975, Baldwin teamed up with Ronald Baxa to start Baxa Corporation, which was initially based in Northbrook, Ill. At the time, oral liquid medications were dosed with teaspoons or graduated cups, resulting in inaccurate and even dangerous doses. Also, the use of luer syringes to deliver non-sterile oral liquid medications raised the possibility of accidental injection.

The solution was called the Exacta-Med(r) Oral Dispenser, which quickly became the industry standard. The dispenser, with a special tip that does not accept a needle, was such a highly accurate, completely safe method for dosing oral liquid drugs that the product is still made and marketed by Baxa today.

In 1979 the Cook Group bought Baxa, and moved the company to suburban Denver – close to another Cook subsidiary. However, Baldwin and some partners engineered a leveraged buyout of Baxa in 1987, one year before Baldwin helped develop a critical new product.
That new product was the Exacta-Med Pharmacy Pump, now known as the Repeater(tm) Pump. Originally designed for batch filling of oral medications and intravenous, or IV, drugs, the pump proved so versatile it led to other innovations such as pharmacy pumps and compounders.

A key use for the new pumps was to help pharmacists and hospital staff by automating the mixing of complex parenteral nutritional compounds. “Total parenteral nutrition solutions are administered to patients who can’t eat any other way. Automating these custom solutions eliminates much of the risk for human error,” Robinson explained.
To do that properly, Baxa needed to develop not only devices but also new types of software.

Soon, a software team took on the task of creating order entry software for the MicroMacro TPN Compounder and in 1991, Baxa acquired Apothecary Software’s TPN-PC(tm) and TPN-PC Plus(tm). These software packages automated the calculation for total parenteral nutrition, or TPN, as well as verification, label preparation, and patient record management.

Still in the family
Today, Baxa is still headquartered in Englewood, Colo. The company, employing nearly 300 people worldwide, with a 93,000-square-foot production facility, is still owned by the Baldwin family; Brian Baldwin is the chairman emeritus. One son, Greg, is the CEO and another son, Jeff, is company president.

Unlike some competitors who have moved manufacturing offshore, Baxa has found it more effective to produce its products here in the United States. It operates a subsidiary in Great Britain called Baxa Europe Limited, with sales offices in Canada, Denmark and Germany. However, Robinson noted that Baxa successfully sells its unique products around the globe.

“We sell worldwide,” she said, “with distributors in Europe, the Middle East, and Africa, and the Pacific Rim as well as Central and South America.” The last several years has brought some significant additions to the Baxa product lines.

In 2003, the company introduced the Rapid-Fill(tm) Automated Syringe Filler, the first system designed to automate sterile batch filling in the pharmacy. This product automates the process of filling, capping and labeling sterile syringes, minimizing the potential for contamination and reducing pharmacy overhead.

The same year, Baxa began distributing the PhaSeal(r) System for handling hazardous drugs. It consists of a set of disposable containment devices that connect the original drug vial, syringe and IV injection or infusion set together into a completely sealed pathway. The system’s double membrane prevents drug leakage and keeps the connections dry.

Robinson said that much of Baxa Corporation’s product line is so innovative that the biggest barrier to growth for the company has been long-term contracts that some healthcare providers have with the competition. “The only thing holding people back has been contractual obligations,” she said.

She explained that Baxa tends to rely heavily on reputation and word-of-mouth, as well as industry trade shows, for increasing its business. At the same time, the company has worked to increase its bottom line on the production side, by implementing the best cost-saving practices. Last year, the firm received a government grant to develop the Six Sigma system for reducing defects.

Company of oficials, she added, see no reason why the firm’s pattern of steady growth won’t continue into the future, especially as the population ages and as treatment of infants and high-acuity patients, improves around the world.

“Hospitals today are treating patients that not too long ago would have died,” she said. “They keep pushing the envelope and manufacturers like Baxa have to be there with the products and processes to support them.”