(Hayward, CA) – Ampex Data Systems (Ampex), a Delta Information Systems Company, is pleased to announce the award of a firm-fixed price, indefinite-delivery/indefinite-quantity contract in support of the Air Force Test Center. The contract will provide telemetric electrical system-supplies and ancillary services to Edwards Air Force Base (AFB), Eglin AFB, and other Department of Defense (DoD) and National Aeronautics and Space Administration (NASA) activities.

In addition to Ampex’s trusted engineering and maintenance support, deliveries include high-speed flight test and mission data recorders. Designed with the most advanced technology, these units are SWaP-C optimized, software-defined, and provide a secure, network-capable platform for critical flight test instrumentation and mission operations.

Ampex is known for the fastest, ruggedized, mission and flight test systems in the industry and supports United States Air Force and DoD mission avionics and flight testing as a supplier for programs including the F-15, F-16, F-18, F-35, B-2, MQ- 1, MQ-8, MQ-9, MQ-25, RQ-4, P-3, and P-8 among many others. Most notably, Ampex provides the network file servers and boot computers that are the digital backbone of the United States Navy’s E-2 C/D Hawkeye fleet.

Jim Orahood, Vice President and General Manager of Ampex Data Systems stated, “The future in this technology space is high-speed, network-based systems that can analyze recorded data and then secure it with advanced encryption. Ampex can meet these future requirements now. We look forward to supporting the DoD and NASA through this new contract vehicle for the next decade.”

About Ampex Data Systems
Since 1944, Ampex has been an industry leader in cutting-edge technologies to solve the toughest data system challenges; air, space, ground, electronic warfare (EW), intelligence, surveillance, and reconnaissance (ISR), mission systems and beyond. With its lineage as one of the first Silicon Valley companies, Ampex continues to innovate its ruggedized avionics and ground-based data systems with applied research in onboard cyber security, advanced encryption, and machine learning for onboard data analytics.

Ampex is headquartered in Hayward, California and has offices in Colorado Springs, Colorado, and Tokyo, Japan. For more information visit www.ampex.com. 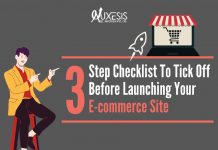