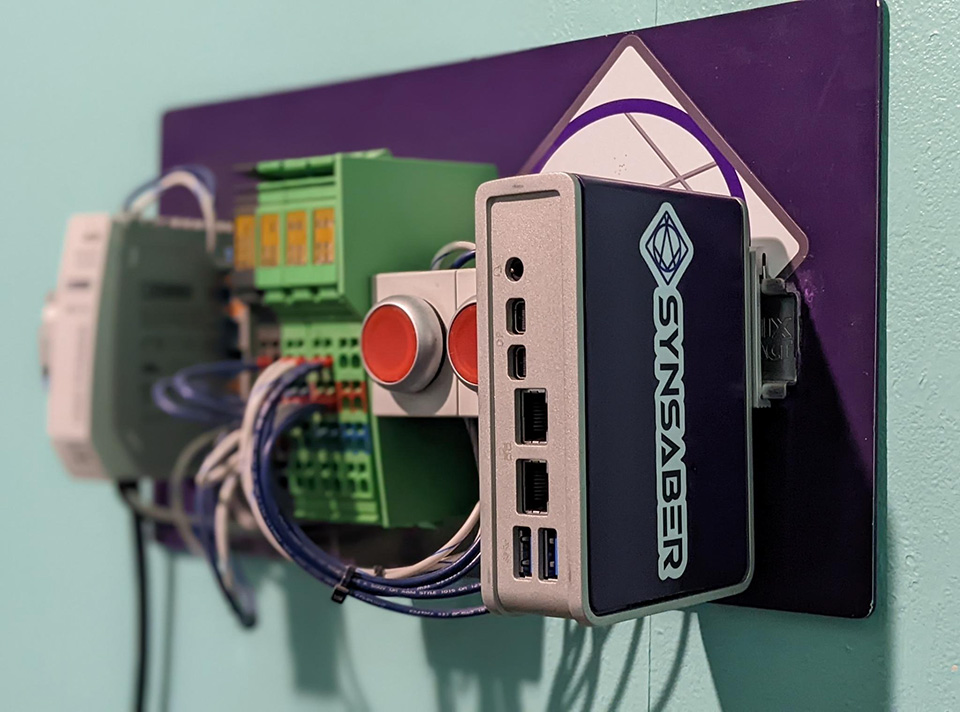 “With the introduction of our portable and ultra-scalable SynSaber 1.0 software, we are empowering critical infrastructure, municipality, and co-op CIOs, CISOs, and other asset owners with a level of accessibility and customization never seen before in the industrial marketplace,” said Jori VanAntwerp, CEO and co-Founder of SynSaber.

“Equally important, these organizations can now quickly and comprehensively meet and even exceed the White House’s industrial control systems cybersecurity initiative requirements, which has been a struggle to accomplish given the lack of available and rapidly-deployable solutions in the market,” notes VanAntwerp.

Data from Anywhere, to Everywhere

SynSaber 1.0 is a nimble, small form factor solution that can be hosted on any existing infrastructure, even DIN-rail and edge devices. Once deployed within the operating environment, the vendor-agnostic “Sabers” send data to any collection point. With a robust yet flexible data pipeline, operators and analysts are now in control of monitoring and security.

The single codebase with an ultrasmall footprint can collect data from anywhere and send it to everywhere. Industrial and security teams are no longer at risk for visibility gaps or reliant on operating within a specific vendor’s platform or technology.

The SynSaber 1.0 release contains several exciting features and production-ready Sabers that were previously unavailable in the beta version, including:

“With renewed interest in regulation from the White House, DHS, and NERC, SynSaber is providing the technology necessary to be able to quickly and effectively monitor critical networks,” said Mark Weatherford, SynSaber Board Advisor, and Chief Strategy Officer and board member at the National Cybersecurity Center.

SynSaber 1.0 is available now and is priced on a per sensor basis. To schedule a demo or learn more, visit www.synsaber.com.

Additionally, company leaders will be present at the upcoming S4x22 in Miami (April 19-21) and at the RSA conference in San Francisco (June 6-9) as an Early Stage Expo exhibitor located at Booth ESE #17/Moscone South Level.

About SynSaber
SynSaber is the simple, flexible, and scalable industrial asset and network monitoring solution that provides continuous insight into the status, vulnerabilities, and threats across every point in the industrial ecosystem, empowering operators to observe, detect and defend OT/IT systems and protect critical infrastructure. SynSaber is privately held with funding from SYN Ventures, Rally Ventures, and Cyber Mentor Fund. Learn more at SynSaber.com.