San Francisco — Nozomi Networks Inc., the leader in OT and IoT security, today announced that Barmak Meftah has joined Nozomi Networks’ board of directors. Recognized globally as one of the most successful business leaders in enterprise security, Mr. Meftah has more than 25 years of experience building market-leading enterprise SaaS and cybersecurity companies. Most recently, he was President of AT&T Cybersecurity, a role he assumed after the acquisition of AlienVault, where he served for six year as President and CEO. During his two-year tenure at AT&T, he established the cybersecurity division, reporting directly to the CEO of AT&T Business, and grew revenue by double digits . Under his leadership, AT&T Cybersecurity became a top  cybersecurity company and one of the leading managed security services providers (MSSPs).

“Barmak’s impressive track record of success in Silicon Valley has gained him international respect as a pillar in enterprise security,”  Said Nozomi Networks CEO Edgard Capdevielle.  “His keen business instincts and depth of knowledge in security software and SaaS will be invaluable as we add cloud-based solutions to our product portfolio and accelerate market expansion and growth. We are ecstatic to welcome him to the board.”

“Nozomi Networks is leading the charge to ensure a secure future for critical infrastructure and industrial networks,”  Mr. Meftah said, commenting on his board appointment. “IT/OT convergence and a growing reliance on AI-powered processes and IoT devices has created a flaming hot market for advanced security solutions that can help CISOs effectively span mixed networks, physical systems and IoT devices. Nozomi Networks’ innovation agility, global team of experts and passion for customer success has quickly established the company as the premier provider of OT and IoT security and services. I look forward to helping Nozomi Networks take its business to the next level.”

Over the course of his career, Mr. Meftah has built some of the industry’s most innovative and successful cybersecurity companies. During his time at AT&T Cybersecurity, the division grew to become a top  cybersecurity provider and one of the leading managed security services provider (MSSPs) in the world. At AlienVault, Mr. Meftah served as President and CEO,  raising  more than $118 million, establishing the company as the market leader in unified security management and opensource threat intelligence and growing it to more than 10,000 customers and more than 700 partners before being acquired by AT&T in 2018. Prior to that, he served as Vice President of the Enterprise Security Products division at HP, a role he assumed after HP’s acquisition of Fortify where he served as Chief Product Office and was one Fortify’s first 10 employees. Mr. Meftah also served in several senior management roles at Oracle Corporation including head of products for the Oracle RDBMS for the Windows platform in the Server Technologies group. In addition to his independent board position with Nozomi Networks, Mr. Meftah serves on various boards of directors, is an advisor and coach to multiple CEOs, and is an independent investor as well as a limited partner to a number of VC funds. Respected for his forward-thinking perspective on cybersecurity issues and innovations, he has been recognized by the World Economic Forum for Tech Innovation, and is a regular speaker at leading industry conferences including RSA Conference and Black Hat.

About Nozomi Networks
Nozomi Networks is the leader in OT and IoT security and visibility. We accelerate digital transformation by unifying cybersecurity visibility for the largest critical infrastructure, energy, manufacturing, mining, transportation, building automation and other OT sites around the world. Our innovation and research make it possible to tackle escalating cyber risks through exceptional network visibility, threat detection and operational insight. www.nozominetworks.com 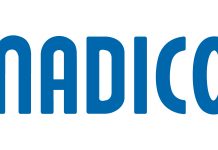