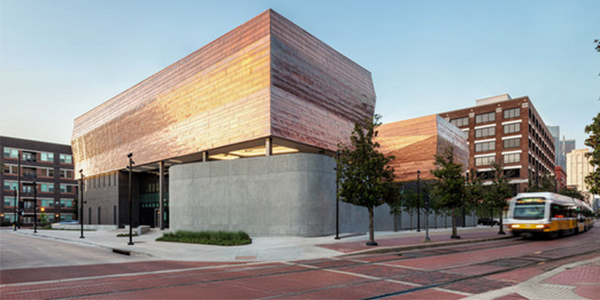 Over a century ago a group of New Englanders ventured from the Northeast and into Nebraska, onto a trail that led from Nebraska City to Kearney. Their trek ended in a hilly area they eventually named Yankee Hill.

To build their community this intrepid band realized bricks were needed. They constructed a kiln and the brick-making operation commenced, eventually evolving into a business christened Yankee Hill Brick.

The town since has been renamed Lincoln but Yankee Hill – now known as Yankee Hill Brick & Tile – continues to faithfully produce the medium utilized by architects and contractors in the design and construction of many more communities, from Nebraska to Iowa and through to the Eastern seaboard. The company sells brick and tile at two locations in Nebraska – Lincoln and Omaha. In addition, it markets brick to distributors in 25 states and Canada.

In its current configuration, Yankee Hill is a $12 million concern that has seen significant growth over the last five years at an annual rate of 10 percent. A niche player in its industry, widely recognized for producing bricks in an extensive array of colors and textures, Yankee Hill now is a wholly owned subsidiary of Castle and Cooke, Inc., which has operations in more than 24 states; these include diversified businesses that focus on the development and ownership of real estate, leasing of transportation equipment, manufacture of brick, and ownership of public warehouses.

Not your Egyptians’ brick
The process of making brick is essentially as it was when the Babylonians, the Chinese and the Egyptians were refining the method of forming clay into blocks for use on buildings – but then again, it is a process that has not gone without modern improvements. Where a person once dug clay and sand, mixed the two with water to form a clay mass or clot, placed it into a mold, dried it in the sun, then baked it at 2000 degrees, a PC controlled tunnel kiln now produces bricks of high quality and consistency. Yankee Hill still reveres its past, however; an early coal-burning kiln called a Udahli is now depicted on Yankee Hill’s logo with its multiple chambers and small smokestacks.

In December 2003, Yankee Hill Brick & Tile announced the construction of a new brick plant at its current site in southwest Lincoln, increasing the company’s production capacity from 22 million bricks to over 40 million bricks annually. The kiln commissioning process commenced in December 2004.

“The kiln we’re using now was built in 1955 and at that time it was cutting edge,” says Vice President and General Manager Bob Gropp. “Fifty years is probably about as far as you can go with this kiln.”

The new plant will consist of a drier, a 348-foot-long tunnel kiln, and automated brick handling equipment. Robots will handle the bricks prior to drying and firing. Brick packaging, however, will continue in the same way, with each piece being hand inspected, a process Yankee Hill has employed for decades. The new tunnel kiln burns natural gas and is anticipated to be 25 percent more fuel-efficient than the one it replaces. The plant will also have the latest in environmental controls, including a flue gas scrubber.

At the time of the announcement, Yankee Hill President Harvey P. Cahoon had said: “We are elated to begin this project. For several years, we’ve been unable to make enough brick to meet the demand. Besides the capacity increase, we have an added bonus. The plant will also be able to produce the popular Ironspot and Mojave colors, long sought after by our customers.”

This plant’s capabilities further separate modern brick making from that of millenniums ago, particularly in a manufacturing step called forming, the process of mixing clay with water and kneading it into a pliable mass. Three-thousand years ago craftsmen hand-made one brick at a time; now mixing is in a pug mill – a 100 hp tub with shaft-mounted knives that slice and cut the moist clay until it is uniform. Immediately after pugging trapped air is removed in a vacuum chamber, extruding the clay with a powerful auger extruder, and forming it into a continuous column.

The next step involves a cutter, strung with piano wire, which slices the clay column into separate bricks. Once formed, bricks are set on drier cars to ensure they are dry prior to firing – in fact, the bricks dry over a period of days to make sure they are “bone dry” at firing as residual moisture would make them explode in the kiln. The new plant design incorporates a state-of-the-art tunnel dryer, which will reduce the drying time required by a factor of days.

Bricks are then loaded onto refractory lined kiln cars with steel undercarriages and narrow gauge railroad wheels. This process will be modernized in the new facility with the elimination of the special drier car for the 100-year-old string dryers. The cars enter the kiln at the cool end and, back to back in a continuous train of cars, push one another through the tunnel kiln via a powerful hydraulic ram that inches them slowly down the length of the kiln. As one car comes out the kiln exit, another goes in the entrance.

Innovations in brick
Among the many advances in brick technology brought to the market by Yankee Hill is keyBRIK(tm), which is embedded brick for concrete precast panels. Yankee Hill touts this product as “the best choice for brick clad concrete panels because of its unique keyed back. Narrow at the back and wide in the front, the dovetailed slots lock the brick into the concrete. This versatile system makes brick a viable option on precast jobs.”

Precast keyBRIK(tm) panels are made in a factory without the support angles, flashing, weep holes, and other elements required in traditional brickwork. They eliminate water penetration and the attendant problems of leakage, corrosion, efflorescence, and new building bloom. Explains Gropp, because the precast keyBRIK(tm) panels are built off site, the brick veneer is already complete, which eliminates the need for on-site scaffolding, mortar mixing, and materials storage. Completed panels are rapidly hoisted into place and attached. This results in timesavings, particularly when work is done in freezing weather because panel installation can proceed in conditions that would halt conventional brick laying. Precast panels, he notes, can shave months off of a construction schedule.

KeyBRIK panels also come in handy for construction of a large building with repeated wall elements. Multi-storied projects are also candidates for precast panels. When buildings get tall there is typically much money spent on scaffolding, hoisting product to the wall, and cleaning. Panels are also a logical solution for a cramped job site.

The key is in the color
By far, Yankee Hill’s claim to fame is in its color variety and the way it manipulates the various attributes and chemical properties of the clay with kiln temperature to produce bricks that form a palette widely recognized as superior quality by architects and builders alike. “Our colors will always be our biggest advantage,” Gropp says. “We’re here to serve architects and homeowners with color quality, color blending, and consistency that a lot of manufacturers can’t, or won’t, do.”

Offering 20 different color varieties and textures, Yankee Hill pretty much has the residential market in its region sewn up at 80 percent; nationwide its presence is less than 1 percent but Gropp notes that number is set to increase with the new plant ready to fire up.

Continuing on a process that has spanned the centuries, Yankee Hill Brick realizes that brick making employs processes both old and new. But the main ingredient of craftsmanship never changes.