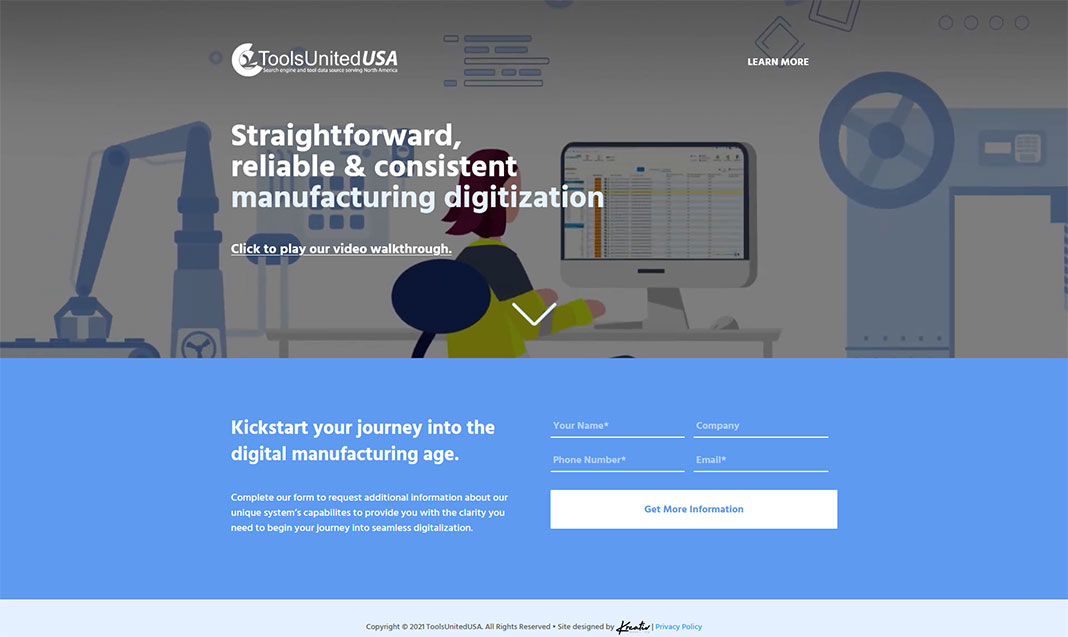 (GRAND RAPIDS, MI) – Creston Industrial Sales has officially partnered with CimSource Gmbh to bring their market leading technology platform to North America.  As a result of the partnership, Creston Industrial now provides a solution that makes manufacturer’s transition to digital simple, straightforward, and affordable with their new offerings, Tools United and ToolLink.

To help companies better understand the complexity of their digitization journey and how these powerful tools overcome the most difficult of the challenges they will face, Creston and CimSource have launched a new informational website at www.toolingdata.com.  The interactive site has two, succinct, four-minute videos.  The first video aims to make a very a few vert technically complex problems understandable and approachable, even for the lay person.  Once the problems have been made clear, the second video aims to demonstrate the incredible capability of these new systems to solve them.

As manufacturers around the world are racing to realize the benefits of Industry 4.0, a massive barrier has faced those in the CNC machining field; a near complete lack of available, accurate, and universally compatible three-dimensional models of the more than 1,000,000 unique cutting tools and components currently in the market.  Without this critical data, attempts to digitize machining operations, utilize the CNC simulation tools, and optimize material removal rates, become exponentially more out of reach.

The Tools United technology suite easily resolves the lions’ share of hurdles faced by manufacturers as they begin this very, technically complex, journey.  Perhaps the most complicated of which is the near complete lack of compatibility between the different design standards around the world that preclude commonly used items from being combined into functional, digital, assemblies for use in manufacturing technology systems.

Darling also notes how common it is for company leaders to hit a roadblock in completing their digitization journey.

“For most company leaders and owners, the choice to digitize their operation is obvious.  The benefits are overwhelming and seemingly straightforward to implement.  So, they jump in and start spending massive resources to make it happen.  It is typically only once the process has begun that the people involved realize that the foundational element of the whole system, the 3D data of their tools, is not readily available in the marketplace.  And the data that does exist in the market is not often compatible with other data from other vendors, or compatible with the systems downstream that will rely on it.” 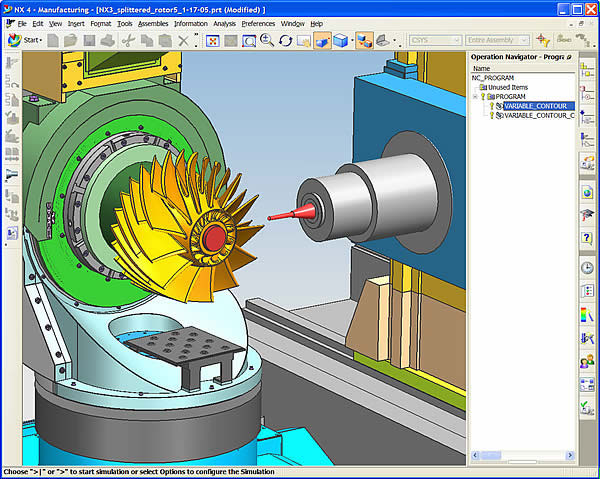 For instance, a company might have a tool that was manufactured by Sandvik, who uses ISO and ANSI designations, or by GARR, who conforms to industry standards that closely align with DIN and ISO but have a ‘secret sauce’ that sets them apart. The measurements and standards do not align with one another and are often insufficient for the systems that rely on them, like the CNC programming software.  “If you want these downstream systems to recognize all these individual pieces of data—and believe me, you do—every downstream system would need to be able to recognize multiple standards and convert them into a format the system can use,” Darling notes. “Unfortunately, it just doesn’t work that way.”

Without their solution, Darling says, “A company would need to identify all the redundancies, the overlap, and the poor performers in their tooling library so they can create a master tool list.  Once that tool list is compiled, there would be the daunting task of understanding the nuanced technical requirements of the systems in which the digital models are to operate.  It would only be at that point, the company would dedicate engineers to spend countless hours emailing, phone calling, and pleading with their tooling vendors to compile the information necessary so an upload to a digital environment can begin.  It is not uncommon for an organization to be stuck in this phase on implementation for years.”

Tools United and ToolLink are new to North America, but they have been successfully in use by some of the finest manufacturers in Europe and the Pacific Rim, including Volkswagen and Rolls Royce.  Additionally, in the short few months since Creston has been in the formal partnership with CimSource in North America, they have already realized massive success right here in the Midwest.

“For our clients, the digitization nightmares have ended and been replaced with realized dreams of higher productivity, elimination of hard collisions, and optimized material removal rates,” adds Darling.

ToolsUnited is powered by Standard Open Base, otherwise known as StOB.  The technological foundation of CimSource and the only truly comprehensive data exchange standard for cutting tools in the world.  The only standard to truly encompass all four elements of tooling data.

“Tools defined by StOB become digitally compatible with one another, easily built into complex digital assemblies, and seamlessly read into your technology platforms,” Darling notes.  “StOB and all of its benefits now power Cim Source’s market leading solutions.”

ToolsUnited and ToolLink are more than just websites to download digital renderings from.  They are the digital manifestation of a bulletproof technical standard that will allow companies to bring their digitized factory to life faster, more accurately, and more cost effectively than they could have ever imagined.