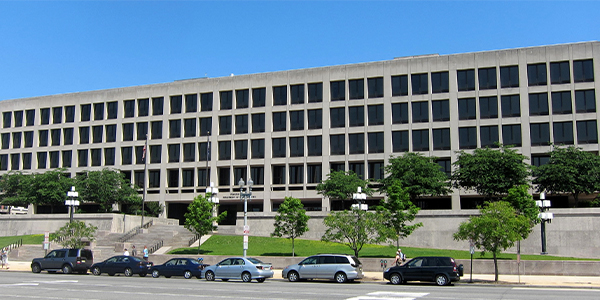 Addressing a group of operating engineers in Ohio during a Labor Day speech in 2003, President George W. Bush spoke of the need for “a collaborative effort with community colleges to help team up people with the jobs that are needed, to make sure that the changes in our economy don’t leave people behind.” The President was describing the foundation of his more than $100 million High Growth Job Training Initiative.

The High Growth Job Training Initiative is a strategic effort to make the publicly funded workforce system demand-driven; that is, responsive to the needs of labor markets as defined by industries. The initiative is specifically designed to build relationships among employers, industry leaders, business associations, educators, trainers, the community and technical college system, and the public workforce system. The purpose of these partnerships is to demonstrate how state, regional and local workforce systems can more efficiently serve the workforce needs of business while also effectively help workers find good jobs at good wages.

To shape the High Growth Job Training Initiative, the Department of Labor’s Employment and Training Administration (ETA) began conducting executive forums with representatives of 12 of the leading high growth industries. High growth industries were chosen on the basis of whether the industry was projected to add substantial numbers of jobs to the new economy, had the ability to have a significant impact to the growth of other industries, or were being transformed by technology and innovation requiring new skill sets for workers.

Through meetings and executive forums with representatives in each of these growing industries, ETA worked to identify the workforce challenges facing industries in today’s competitive global economy.

After determining the challenges, ETA set out to communicate the needs of today’s and tomorrow’s employers to educators and training providers while simultaneously encouraging them to develop courses and training programs that address those needs.

The Community College Connection
On a community college campus in Jacksonville, Fla., President Bush said recently, “To make sure America is the most competitive place in the world, the best place to do business, a place where people can work, we’ve got to make sure education systems actually educate willing workers for the jobs which exist. The community college system is flexible. It is available. It’s got the ability to change a curriculum to meet needs. It’s the demand-driven education system, which works. I believe government ought to fund that which works and de-fund that which does not work.”

In late 2003 and early in 2004, the Department of Labor worked closely with states, community colleges, unions and industry to target training for real opportunities. These efforts led to the March 12, 2004 launch of the High Growth Job Training Initiative by Secretary of Labor Elaine L. Chao, marked by $4.5 million in grants to the Johns Hopkins Health System and the state of Maryland to train workers for careers in the health care industry.

This initial investment has spawned more than 80 grants to partnerships of businesses, educators, business associations and other training providers to implement solutions to the workforce challenges facing industries and to provide maximum access for American workers to gain the skills they need to get good jobs with bright futures.

Grants stretching to nearly 40 states have been awarded as part of the effort to provide new opportunities and career pathways to thousands of workers. The success and potential of this effort can be seen through the accomplishments of American workers who have taken it upon themselves to take advantage of these opportunities and increased their ability to advance in today’s competitive workforce.

Successful Outcomes
Consider the transformation of Noemi Castro. This 20-year-old went from living in a car to making her living working on cars. Brought to this country by her parents when she was a year old, Castro emerged from being a quiet child with poor English skills to a confident student leader delivering speeches at the U.S. Capitol.

Only a few years ago, Castro imagined her future would be like that of her parents, as a field laborer who often moved across the California landscape in search of new jobs. Those plans changed after a friend, aware of Castro’s abiding interest in cars, suggested she enroll in the local Automotive Youth Education Services (AYES) program at Lassen Technical Institute in Susanville, Calif. Castro was hesitant about entering the male-dominated field. Yet by studying the basics of automotive technology, from checking coolant levels to using computers to diagnose engine problems, Castro felt something she’d never felt before: a sense of belonging. That sense of belonging became a sense of purpose when another friend suggested Castro join SkillsUSA. Membership in SkillsUSA meant that Castro could join a team involved in regional automotive competitions. After completing the program (in which she’s maintaining a 4.0 grade-point average), Castro will be promoted to an automotive technician within a dealership. With one goal nearing accomplishment, Noemi Castro has already settled on a new one: becoming a corporate representative for DaimlerChrysler.

When Ralph “Roman” Juarez heard about the HCA Cares scholarship program, he didn’t waste any time pursuing a new career in nursing. Roman worked as a paramedic until June 2002. After sustaining a back injury and realizing he had accomplished all he could as an emergency medical technician and then paramedic, the 12-year veteran decided it was time to make a professional change. But, Roman, who as a child “always wanted to help people,” knew he wanted to stay in healthcare. A graduate of the University of Colorado at Boulder with a bachelor’s degree in recreation therapy, Roman returned to school to take prerequisites for a nursing program. While talking with someone from the Community College of Denver (CCD), Roman found out about a newly developed accelerated RN program under which he was eligible to receive an HCA Cares scholarship. His HCA Cares scholarship pays for his tuition, books and uniforms.

To cover living expenses, Roman works part-time as an EMT instructor, teaching skills such as intubation, wound care and limb immobilization to paramedic trainees. One of just 32 students in CCD’s accelerated nursing program, Roman plans to put his emergency background to work at Swedish Medical Center, a Level I trauma center.

Such samples of success are being developed through public-private partnerships that help employers, the workforce investment system and community colleges ensure that people are being trained with the skills businesses require from the 21st century workforce.

Continued work on the High Growth Job Training Initiative will produce additional benefits. It will lead to increased integration of community and technical college efforts with business and the public workforce system. The initiative also offers opportunities for employers to use registered apprenticeship training as a skills development tool that combines on-the-job training and academics. Most importantly, the initiative will continue to provide workers with paths to career enhancing opportunities in high growth occupations.

By expanding employers’ partnerships with other local economic development leaders that cultivate talent, the Employment and Training Administration promotes higher workforce quality, enhanced productivity, and the economic competitiveness necessary to thrive in the 21st century.

Emily Stover DeRocco is Assistant Secretary of Labor for Employment and Training in the U.S. Department of Labor, which has been conducting executive forums with leaders of expanding industries to identify critical workforce gaps and issues to target investment of workforce development resources and support for private and public sector partnerships to ensure the development of workers’ skills in demand occupations based on industry needs. Visit: http://www.doleta.gov/BRG/JobTrainInitiative/