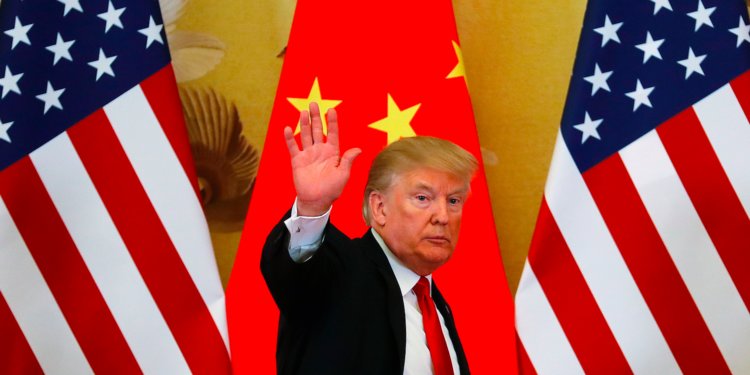 Friday’s industrial production figures from the Federal Reserve showed not only that U.S. domestic manufacturing regained some strength in May following a string of poor monthly results. They also provided more evidence that President Trump’s tariffs have had little, if any, effect on the performance of either the metals-using industries impacted by levies on steel and aluminum imports, or of sectors supposedly affected by China-related duties.

Two more points come through pretty loud and clear from the new figures on domestic industry’s inflation-adjusted growth. First, the weakness displayed in April by manufacturing as a whole and by metals-using sectors could well have been confined to that month. Second, the safety problems revealed in the Boeing Company’s aircraft have begun to influence the picture and may distort the readings for several more months.

The overall readings for manufacturing were mildly encouraging, with the 0.22 percent sequential rise in real output representing domestic industry’s best reading since December’s 0.64 percent improvement. Revisions were ever so slightly positive.

Most of the leading metals-using industries – where the role played by tariffs is relatively easy to identify – fared better in May than in April, too, as the following table shows. The columns show the changes in after-inflation output for these sectors starting with April, 2018 (the first full month the metals levies went into effect) and each of the last three data months of this year. And as usual, the numbers for manufacturing overall are used as a control group.

In general, it’s clear that the metals-using industries are still losing growth momentum versus the rest of manufacturing. But do the duties deserve all or even much of the blame? If so, then why did so many of these sectors turn in better growth numbers in May than in April – especially automotive and major appliances? The latter’s relative comeback is especially striking, given that it’s been experiencing not only metals tariffs, but separate levies on large household laundry equipment and a weakness in U.S. housing. Ditto for automotive, where output has been highly volatile for many months.

The Boeing effect is apparent, too, from the falling output numbers since March, when safety problems started generating grounding decisions and airspace national airspace bans for its widely used 737 Max models. Further, both automotive and aerospace are major users of machinery and fabricated metals products.

The impact of the tariffs on products from China remains much more of a puzzle, and for the same reasons that have been apparent since their onset, in August, 2018. They have covered thousands of products, most of which so far have been intermediate goods, and their role as these kinds of inputs for manufacturing industries varies dramatically from final product to final product. In addition, Washington uses different manufacturing classification systems for designating the tariff-ed products and for measuring manufacturing production. The levies have been in place for a shorter period of time than the metals duties. And their scope has widened since the first batch went into effect in August, along with many rates having changed.

Nonetheless, here are some figures for the handful of industries for which I’m sure the numbers create a reasonably accurate picture, with each column measuring real output changes since last August.

Unfortunately, no consistent trend emerges. Two of the sectors’ improved between March and May (farm machinery and equipment, and oil and gas drilling platform parts), and two worsened (ball bearings and industrial heating equipment).

And although as long as the China tariffs continue , the future will provide results over a more statistically significant time frame, because the footprint of Chinese inputs in most of U.S. Manufacturing sectors will continue to be so broad and deep, their costs are likely to remain just as hard to discern.