Gebrüder Weiss, an international transport and logistics company, has further expanded its market position in Europe, the USA and Asia.

Lauterach, March 16, 2020. Gebrüder Weiss looks back on a successful 2019. The international transport and logistics company has further expanded its market position in Europe, the USA and Asia and has again invested extensively in its logistics facilities, equipment and its work to digitalize processes. The company generated a preliminary net turnover of 1.7 billion euros (2018: 1.67 billion euros) in the past fiscal year, representing a two percent year-on-year increase. “2019 was a good year. Despite being faced with more challenging underlying conditions, we were able to both see a positive trend in all business areas and successfully implement new technologies to further streamline processes and add value for our customers. Levels of demand in the Home Delivery area are particularly pleasing, as reflected in our double-digit growth here,” summarizes Wolfram Senger-Weiss, CEO of Gebrüder Weiss. The company also saw its equity ratio rise to over 60 percent, underscoring the solid financial position of the company (2018: 58 percent).

The Land Transport and Logistics business division saw its consolidated turnover in the past fiscal year increase by 2.1 percent compared to the previous year (2018: 1.12 billion euros), now reaching 1.15 billion euros. A key driver here was the rising demand in the Home Delivery area: Around 1.1 million white goods, items of furniture and TV sets were delivered to end customers in Austria and Eastern Europe. The company reaffirmed its position as market leader in Austria by handling 385,000 shipments (2018: 335,000).

The Air and Sea Freight area also saw a 1.3 percent rise to 380 million euros. The tense market situation in air freight was compensated for by an increase in sea freight consignment volumes. The well-established structure of Gebrüder Weiss overseas enabled the company to achieve growth in transpacific and transatlantic transports in particular, and build on its position in the USA to increase its market share.

DPD Austria, which is co-owned by the Gebrüder Weiss parcel service, was once again able to further cement its position as the largest private parcel service on the Austrian market: In total, DPD Austria’s system handled 52 million parcels, which represents an increase of around three percent compared with the previous year.

Logistics as a decisive competitive factor

“Our customers increasingly see logistics as being a decisive competitive factor. There is considerable scope for optimizing value chains and the associated processes; we analyze these together with our customers and develop appropriate solutions,” says Wolfram Senger-Weiss. Software solutions form the technical basis for this and include features such as real-time shipment tracking, digital freight measurement, the use of artificial intelligence when planning transports, or providing an indication of the estimated time of arrival (ETA). “It is primarily the recipients, and thus usually our customers’ customers, who benefit from the transparency in the delivery process. These digital tools help employees to do their job, but logistics remains a people’s business,” says Wolfram Senger-Weiss.

However, not only has the logistics company invested in digital infrastructure, but in the physical one too. In Croatia, the previous branch in Zagreb was replaced by a more modern logistics terminal, and the largest Gebrüder Weiss location in Vienna was enlarged to include a handling facility. Gebrüder Weiss continued to focus on its development along the Silk Road: In Georgia, the extension to the logistics hub in Tbilisi was opened, and the company added to its presence in Central Asia with a new location in Uzbekistan. A total of 51 million euros was invested in the past year.

The number of total employees (full-time equivalent) rose by 2.4 percent year-on-year to approximately 7,300 (2018: 7,100). The company’s approach to apprenticeship training in Austria has received several awards. The apprenticeship path is a core component of Gebrüder Weiss’ strategy to recruit specialists in Austria, Germany, Switzerland and now also Serbia. A total of 264 young people are in training at Gebrüder Weiss.

The logistics company also set new milestones in alternative energy generation and the development of sustainable transport solutions: Gebrüder Weiss has been using a 21,500 square meters solar power system at its location in Vienna to generate around 2.4 million kilowatt hours of electricity per year since the beginning of 2019. This means that, combined with the photovoltaic systems at five other locations, over three million kilowatt hours of electricity are produced annually using solar energy alone.

Additional gas-driven trucks were added to the vehicle fleet at locations in Austria, Germany, and Serbia, and a fully electric truck has also been in operation in the greater Vienna area since the end of 2018. There are plans to run test operations with a hydrogen-driven truck in Switzerland this year.

In addition to the company’s social responsibility in the area of sustainability, Wolfram Senger-Weiss believes that another major objective for the future of the industry lies in raising awareness for the fundamental importance of logistics among the general public: “The logistics industry is innovative and diverse. In contrast to the manufacturing industry, however, this often remains invisible to the society at large. Our objective must be to communicate the importance of the role of logistics within the value chains and all the way through to the end consumer.”

Please note: Up-to-date information on the impact of the coronavirus (COVID-19) on logistics can be found on our website: www.gw-world.com

About Gebrüder Weiss
Gebrüder Weiss, a global freight forwarder with a core business of overland transport, air and sea freight and logistics, is the world’s oldest transport company with a history that dates back more than 500 years. The family-owned company employs more than 7,100 people world-wide and boasts 150 company-owned locations. The business established a presence in the United States in Chicago in 2017 and has since expanded its North American locations to include Atlanta, Boston, Dallas, Los Angeles, San Francisco and New York. Developing and changing with the needs of its customers during its long history, Gebrüder Weiss is also a pioneer in sustainable business practices having implemented myriad ecological, economic and social initiatives. The company’s voyage into North America, along with its continuous growth, illustrates the need for highly experienced providers of global solutions through an international network of supply chain experts. Customized solutions with a single point of contact, provides customers with an exceptional service experience focused on responsible and economical solutions. 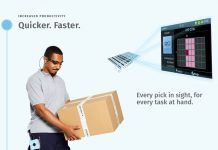 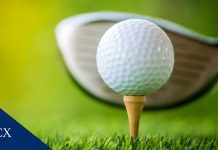