A climbing jacket made of fabric with nanotubes warmed up in 40 seconds during tests on Mount Elbrus, Europe’s second highest peak.

The treatment of textile fabric with graphene nanotubes makes it possible to convert the fabric into a heating element. A mixture with just 1 gram of TUBALL nanotubes is enough to treat 2.5 square meters of fabric, which is sufficient for the heating elements of 98 jackets. So each jacket contains approximately 10 milligrams of nanotubes. For comparison, a drop of water weight 80 milligrams.

In 2021, ArcticTex released a pilot model of a climbing jacket with integrated heating modules. The technology facilitates fast and uniform heating of the fabric from a portable power source while preserving the flexibility of the fabric. The company’s specialists managed to create a lightweight heating jacket with a total weight of less than 0.5 kg thanks to the reduced volume of thermal insulation and the replacement of metal heating elements with nanotube-improved textiles. The maximum heating temperature of the product is 45 °C, which ensures comfort and safety. The jacket was tested in extreme weather conditions on Mount Elbrus.

“The climbing jacket with modules made of innovative heating fabric was successfully tested by climbers during the ascent of Elbrus in August 2021. In strong winds and temperatures of minus 10–15 °C, the jacket retained heat and the fabric warmed up to a comfortable temperature in 40 seconds. The battery charge lasted for 6 hours of continuous operation,” said Olga Moskalyuk, the Head of ArcticTex.

In 2022, ArcticTex will begin mass production of this jacket model. Simultaneously, the company is working on the creation of products with integrated temperature control sensors. With the help of special software, such clothes will be able to maintain the requested temperature and signal to rescuers in case of emergency.

TUBALL graphene nanotubes are already widely used to manufacture static dissipative textiles. Such clothing guarantees safety in ATEX industries where the accumulation of static charge could lead to accidents.

ArcticTex is a North-West Technology Transfer Center startup specialized in the development and creation of heated textiles. Its first step towards smart textiles was a removable lightweight heating module that can be easily integrated into any product. The creation of transformable things is another step towards rational consumption.
Website: tt-arctic.ru/ 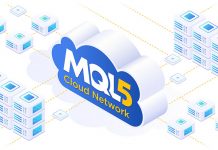