Vesconite Hilube trunnion bearings have been used on the Kruisvallei Hydro Power Plant’s tainter gates, which are to be installed this year on the Ash River, halfway between Bethlehem and Clarens, in South Africa.

The straight sides of the pizza shape are the trunnion arms, which extend downstream to a pivot point around which the gate rotates.

It is at this point of rotation that the Vesconite Hilube bearings are located, and it is this pivot point that allows for the movement of the gates to release or stop water flow.

Wicus Bonnet of Eigenbau, the contracting firm that is responsible for the hydro-civil, hydro-mechanical and power-house facilities, informs that low-maintenance grease-free hard-wearing Vesconite Hilube polymer bearings were used because they offer a longer lifespan than bronze bushings and do not require regular maintenance – a boon since the trunnions are located on a concrete beam suspended over the canal.

“The power plants have minimal staff and this will ease their load,” he says.

Other advantages were that they can be manufactured to any dimensions, which makes designing easier; they have a high load-bearing strength, so there is a cost saving on the trunnion design since it can be made more compact while withstanding the force of the water; they have a low coefficient of friction, which minimises the forces on the structure during operation; they have low creep, which will assist in their being able to remain open or closed for long periods; and they are self lubricating, so they will not seize despite being stationary for long periods.

Bonnet informs that Eigenbau has built six radial-arm sluice gates for the Power Plant, including intake, and emergency and tailrace gates for the Middle and Lower Power Plants as part of its hydro-mechanical works for the power house facilities. These gates range in size from gate face sizes 7 by 4 meters high and trunnion arm radiuses from 6.5 to 8.5 meters in width, to a 4 meter high gate face with a 12 meter trunnion arm radius. They were designed to withstand a head of water ranging from 4.4 to 12.3 meters.

Eigenbau’s scope of work on the Middle and Lower Kruisvallei Hydro Power Plant project includes the contract for other hydro-mechanical projects, including the trash rake, trash rake flushing and cleaning system, bypass gate and dewatering pumps; the hydro-civil works, which include weirs, spillways, canal intakes, headrace canal, draft tube, the encasement of the turbine components and the tailrace canal; and the power house facilities, including the turbine hall overhead crane, HVAC, water filtration plant and sewage disposal system.

All projects are to be completed within 18 months, with much of the work completed already.

“This project will provide 4 MW of power to the South African power grid,” says Bonnet.

“This will ease the load on Eskom as well as help South Africa to switch to more sustainable, reliable and more environmentally friendly sources of energy.”

The radial arm sluice gates that will be used at Kruisvallei are an important part of the project since they will help stop the flow of water in the canals for maintenance, protect against flooding (1 in 200 year floods) and safeguard the hydro electro-mechanical equipment.

As these are the first installations, Eigenbau will monitor them and see what maintenance will be required.

“We expect the gates will not operate more than four to six times per year,” says Bonnet.

“Therefore, maintenance will be at 20 year intervals,” he notes of the low-maintenance bearings. 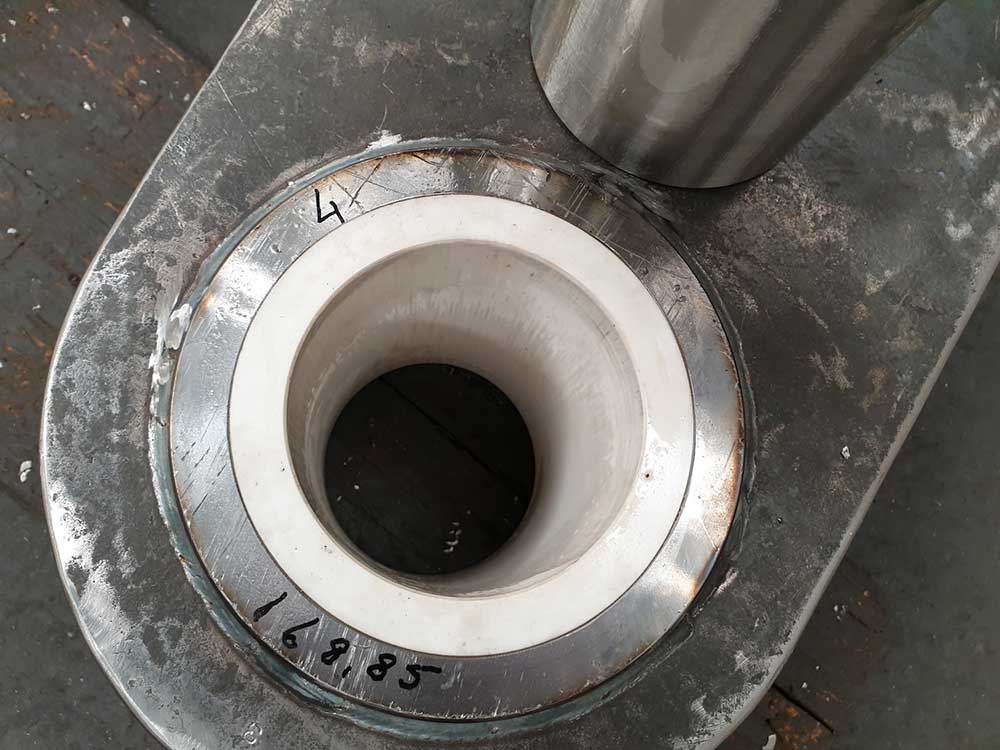 Differences Between ASTM A53 and ASTM A106 Steel Pipe