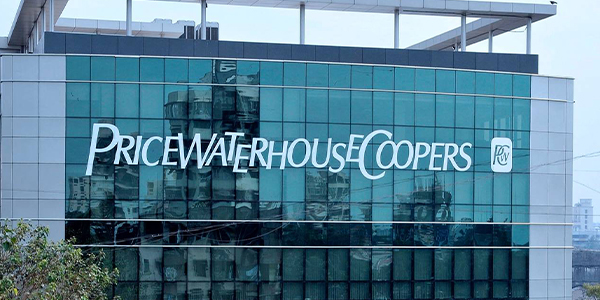 Although a majority of manufacturers are uncertain about the U.S. economy, the recent PricewaterhouseCoopers’ Manufacturing Barometer survey shows positive trends for future revenue growth, gross margins and plans for new investments.

However, there are a few factors that underscore the challenges ahead, because, when it comes to future growth prospects, home field advantage doesn’t appear to apply to U.S. industrial manufacturers. The survey shows that fewer than half of industrial manufacturers, 45 percent, are optimistic about the domestic economy’s prospects over the next 12 months, while more than half, 54 percent are optimistic about the world economy. Most telling, these findings are a reversal from those found just three months ago.

A combination of uncontrollable factors dampened the outlook for the domestic economy in the third quarter, including the effects of two devastating hurricanes, energy prices that reached new highs and rising interest rates. In the U.S., some have suffered lost markets, damage to operating capacity, and reduced profitability. But, these problems are being offset by opportunities abroad.

China, a new playing field
The U.S. economy of late has been more than a victim of circumstance. In addition to rising energy prices and interest rates, the U.S. faces other factors that make it the underdog. Labor costs are higher in the U.S. and pension and benefit costs have compromised profitability. These factors have steered manufacturers to look abroad for opportunities to remain competitive.

One such area where manufacturers are pursuing new opportunities is in China. In fact, 37 percent of those surveyed have manufacturing operations in China, and another 5 percent plan to begin manufacturing there within the next 12 to 18 months. Of this 42 percent, 85 percent say that manufacturing in China will be important to the profitable growth of their company over the next three to five years.

While China is becoming a key factor in the near-term and future outlook for profitable growth, manufacturing there doesn’t come without risks. Growth in Asia and the Indian subcontinent is increasingly important to U.S. manufacturers, however, certain risks must be managed effectively to ensure a successful return on their investment.

Now here’s the good news
Projected top-line growth is on the rise. Industrial manufacturing business leaders are now projecting a higher level of revenue growth over the next 12 months – averaging 7.8 percent versus their previous estimate of 6.5 percent. Gross margins also appear to be improving. Although costs were higher for 57 percent of those surveyed, nearly half (48 percent) increased their prices while only 14 percent lowered them. The result? Thirty-eight percent of executives noted gross margins were up, while only 26 percent cited a decrease, for an overall net of 12 percent showing improvement. It appears that pricing power is improving within the sector.

There is also a bright outlook for capital investments. Sixty percent of surveyed executives plan to make major new investments of capital over the next 12 months – up sharply from 42 percent in the prior quarter – and exceeding the 56 percent of a year ago. Investments, projected in the following six areas, are expected to average 8 percent of revenue: When faced with escalating costs, these companies are doing better than just staying in the game. In an environment of uncertainty, they are expecting solid revenue growth, improving their margins, and investing for the future, a winning combination.

A year of rebuilding
In the next year, industrial manufacturers will be focused on the following top
business initiatives:
• Merger & Acquisition transactions – 43%
• Expansion to new markets abroad – 37%
• New strategic alliances – 35%
• New joint ventures – 34%
From these findings, it is evident that U.S. manufacturers are willing to look outside their existing operations and markets to find new opportunities for growth.

Hold on to your seats
The home field advantage may not be as important as it used to be, but U.S. manufacturers are adept at adjusting their operations to attract foreign customers and compete against foreign competitors. Although the domestic opportunities might not be as alluring as those seen abroad, positive trends in revenue growth and profit margins are encouraging manufacturers to make the necessary investments to stay competitive. By most accounts, they appear to be doing just fine. But don’t leave your seats just yet…effectively managing the challenges of competing in an international marketplace will determine who wins and loses in this global game.