In this modern age, business reality demands that all activities are measurable and accountable. This has generated a rapid increase of technology dependency across modern industries, including logistics and the supply chain.

Since industry began, technology has driven improvements and efficiency gains; the latest manifestation of this trend is the Internet of Things (IoT), which is bringing new levels of measuring and monitoring opportunities to logistics operations.

The approach to gathering and processing data is also changing. There is an increasing amount of data available from the many aspects of industrial activities. Collecting that data could be achieved through any number of sensors and transducers working independently, but the IoT works on the premise that all data is valuable and should be analyzed as a whole, the so-called Big Data paradigm.

To achieve this, fragmentation needs to give way to consolidation. This is part of Microsoft’s vision for Windows 10: A common operating system that can be deployed throughout the IoT in order to make it simpler to connect disparate devices. This vision is supported by a single platform that scales from small resource-constrained devices like smart sensors all the way to servers and cloud platforms.

Deploying Windows 10 has been made simpler by new features that take into account the different hardware platforms that will be used in the IoT. Significantly, with applications designed for Universal Windows Platform (UWP), the same Windows 10 kernel can run on both x86 architectures and ARM-based processors, allowing applications to run across a range of devices. The Windows 10 IoT family comprises the Enterprise, Mobile, Core and Core Pro editions, all of which share a common core. This is a major productivity gain for many industries that employ multiple device formats, as is the case in the logistics and supply chain industries.

Windows may be synonymous with Office applications but it has always offered an open and accessible software platform for third party application development. This allows it to be used in many areas, often as a single function device; many fuel stations use Windows IoT to run the fuel pumps, for example, and Windows IoT is commonly deployed in Point of Sale (PoS) terminals, digital advertising boards and inside the dashboards of some major American automobiles. It is also the operating system favored by manufacturers of rugged computers like JLT, as it supports easy integration into a wider network and at its core is Windows 10.

While some of the examples mentioned are largely standalone, Windows 10 makes it easier than ever to run the same application on many different devices; the same was not true for Windows 7 and Windows CE. But Windows 10 goes far beyond simply providing a single, scalable platform. As the OS evolution continues, new features that are key for many non-office based applications include faster development and implementation to the edge of the enterprise.

In the logistics industry, one of the most important attributes a computer must possess is its ability to operate reliably in a harsh environment. This is typically achieved at the hardware level through a rigorously designed platform. These devices are often used in locations where wireless connectivity is difficult to deliver reliably, so the new feature in Windows 10 that supports scheduled over-the-air updates is clearly of significant value. More important, perhaps, are the many enhancements that allow the operating system to be hardened for specific use-cases, as well as the configurability now available.

It is often desirable, for security reasons, for operators to restrict access to a rugged computer’s underlying functionality; they may want the computer to boot up and run a single application which has been designed for the task in hand, and restrict the user from doing anything else with it. With Windows 10, this is much easier to configure, through so-called ‘Out of the Box Experience’ configuration settings that are applied as the operating system is installed by the manufacturer. This may include automatically logging a user in at power-up, suppressing the Windows logo, denying access to non-productive applications or completely inhibiting the control panel. It also provides a way to disable hardware features such as wireless connectivity or USB ports, which has clear security benefits.

Another key feature of Windows 10 is the Unified Write Filter. This effectively makes it impossible for any unauthorized software or data to be added to writable media such as a hard drive. The operating system will remove any unauthorized files from the storage device(s) and revert to the customer’s defined settings following a power cycle. Although this level of configurability was possible with Windows Embedded Standard 7, it was much more difficult to achieve and manage. Today, IoT makes it easier to configure the same hardware for different users, where the application(s) and user experience may vary. This level of configurability makes it more cost effective to standardize on a single platform that can be deployed in multiple scenarios with minimal adaptation.

Enhanced customization features extend to the user experience. Windows 10 offers greater flexibility in how on-screen keyboards are configured which, when coupled with advanced projected capacitive touchscreen (PCT) technology, allows rugged computers to be used in applications that may only require a numerical keyboard, for example. In some cases it may be beneficial to provide keys that are specific to the task, providing productivity gains for equipment operators. When used with ruggedized PTC technology an operator can use a terminal in harsh environments, even when wearing protective gloves.

These advanced features are not only available in rugged computers now, but will influence the way future generations of rugged computers will be designed. Windows 10 offers a common operating system platform which not only has long-term support from Microsoft, but a commitment to providing incremental improvements as opposed to step-change evolution. It means Windows 10 isn’t just another release of one of the world’s most deployed operating systems, it is changing the landscape for all operating systems. As the reach of the IoT increases, there will be greater need for commonality between devices; Windows 10 IoT offers that. For industries like logistics and supply chain, the ability to configure a common platform for multiple use-cases will provide significant advantages. 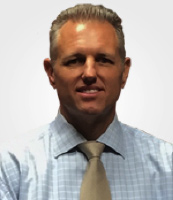 About the author
Eric Miller is the CEO of rugged computer vendor JLT Mobile Computers Inc. He can be contacted at eric.miller@jltmobile.com.