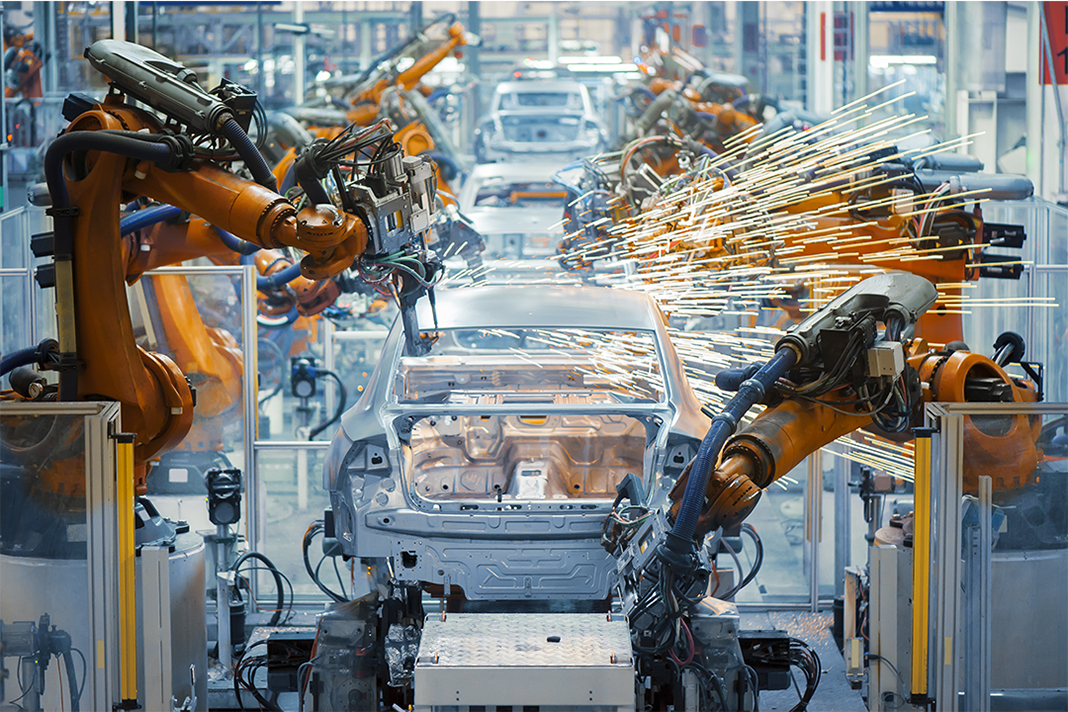 It’s true that nearly two-thirds of these gains (24,100) came from the automotive sector, which has been roiled recently by a shortage of semiconductors that’s wreaked havoc on the output of today’s increasingly electronics-stuffed vehicles. It’s also true that this progress might be snuffed out soon by the still widening spread of the CCP Virus’ highly infectious Delta variant and whatever new curbs on economic activity and consumer behavior it might keep prompting.

But it’s also true that domestic industry’s strong hiring in August came during a month when Delta had already become front-page news – which surely expains much of the much-weaker-than expected rise last month in overall non-farm payrolls (NFP – the U.S. jobs universe of the Labor Department that produces the employment data).

And it’s true as well that the major upward revision revealed to the July manufacturing jobs increase (all the way from 27,000 to 52,000 – the best such performance since last August’s 55,000) entailed much more than the vehicles and parts sectors (where the hiring advance was judged to be 10,500 instead of merely 800).

For example, July’s machinery jobs gains were upgraded from 6,800 to 9,100 (its strongest monthly result since last September’s 12,200); those for electrical equipment and appliances was estimated at 1,500 instead of 200; and employment in the plastics and rubber sectors was pegged at 2,300, not 300.

Despite its last excellent two months, U.S.-based manufacturing remained a job-creation laggard during the pandemic period as of August. But it became less of a laggard. Since the deep CCP Virus- and lockdowns-induced downturn of March and April, 2020, when manufacturers shed 1.385 million jobs, these companies have boosted employment by 1.007 million – erasing 72.71 percent of those losses. That share of regained jobs is up from the 68.74 percent level it reached in July.

That’s faster improvement than registered by the private sector, whose regained job percentage rose from 76.96 to 78.72, and by the total non-farm economy, where the advance rose from 74.50 percent to 76.60 percent.

Moreover, it’s important to remember that during the economy’s spring, 2020 woes, manufacturing employment suffered less than payrolls in the rest of the economy. Its job levels fell by 10.82 percent, compared with 16.46 percent for the private sector and 14.66 for the entire non-farm economy.

As with the July revisions, the list of significant manufacturing employment winners in August was hardly confined to the automotive industry. Among the major industry categories used by the U.S. government, fabricated metal products payrolls increased by 6,600 on month (the highest sequential boost since March’s 10,100); plastics and rubber products by 3,100 (its best such performance since February’s 4,500); and food manufacturing (1.600).

The biggest July jobs losers were electrical equipment and appliances (down 3,100, for its worst hiring month since January, when its payrolls fell by 3,400) and miscellaneous durable goods (a category containing personal protective equipment – PPE – and other medical supplies crucial for fighting the CCP Virus), whose 1,800 jobs lost were the worst such total since the entire economy’s spring, 2020 meltdown.

Also somewhat discouraging – job creation in the machinery sector, whose products are used elsewhere in manufacturing and throughout the rest of the economy, flatlined in August following its big 9,100 July spike.

The most detailed employment data for pandemic-related industries is one month behind those in the broader categories, but their July job-creation performance was decidedly mixed. In surgical appliances and supplies (the sector containing PPE and similar goods), May’s previously reported payroll decline of 900 is now judged to be a drop of 1,900, but June’s 500 jobs increase remained intact and was followed by an identical improvement in July. As a result, employment in this crucial national health security sector is now 9.22 percent above immediate pre-pandemic levels.

The overall pharmaceuticals and medicines industry saw hiring slow down notably in July – from a downwardly revised 2,300 in June to 400. May’s downwardly revised loss of 300 jobs stayed intact. These changes left payrolls in the sector 4.72 percent above February, 2020’s immediate pre-pandemic levels.

The story was little better in the pharmaceuticals subsector containing.vaccines. Its May and June employment gains are still judged to be 1,000 each, and no jobs at all were added in July. But its workforce is still 10.21 percent higher than just before the pandemic.

The July results showed that aircraft industry employment is still on a roller coaster, since Boeing is still struggling to overcome the manufacturing and safety issues it’s faced in recent years, along with the CCP Virus-related slump in business and leisure travel. May’s 5,500 monthly plunge in employment was unrevised in this morning’s figures, June’s 4,500 increase was upgraded to 4,700, but payrolls retreated again in July – by 1,500. Due to all these fluctuations, aircraft employment fell to 8.08 percent below its levels just before the pandemic arrived in force in the United States.

The aircraft engines and parts industries added 200 employees on month in July, but June’s previously reported increase of 500 was downgraded to 400. As a result, payrolls are down fully 14.80 percent since immediate pre-pandemic February, 2020.

It’s still possible that the Delta, or some other, CCP Virus variant will lower the boom on domestic manufacturing employment going forward – both because economic activity and therefore demand for manufactured goods will stagnate or drop not only in the United States, but in industry’s important foreign markets. Supply chain snags are no sure bet to clear up any time soon, either.

Nonetheless, U.S.-based manufacturing is still clearly benefiting from the Trump tariffs continued by President Biden that are pricing huge amounts of metals and Chinese-made goods out of the domestic market. Vast amounts of economic stimulus are still pouring into the American and foreign economies. And there remains tremendous pent-up demand among U.S. consumers and businesses alike, due to the lofty heights that household savings have reached and to clogged logistics systems.

And as I keep pointing out, those with the most skin in this game – domestic manufacturers themselves – keep professing optimism. (See, e.g., here and here.) That last consideration still tilts the balance toward manufacturing bullishness for me.