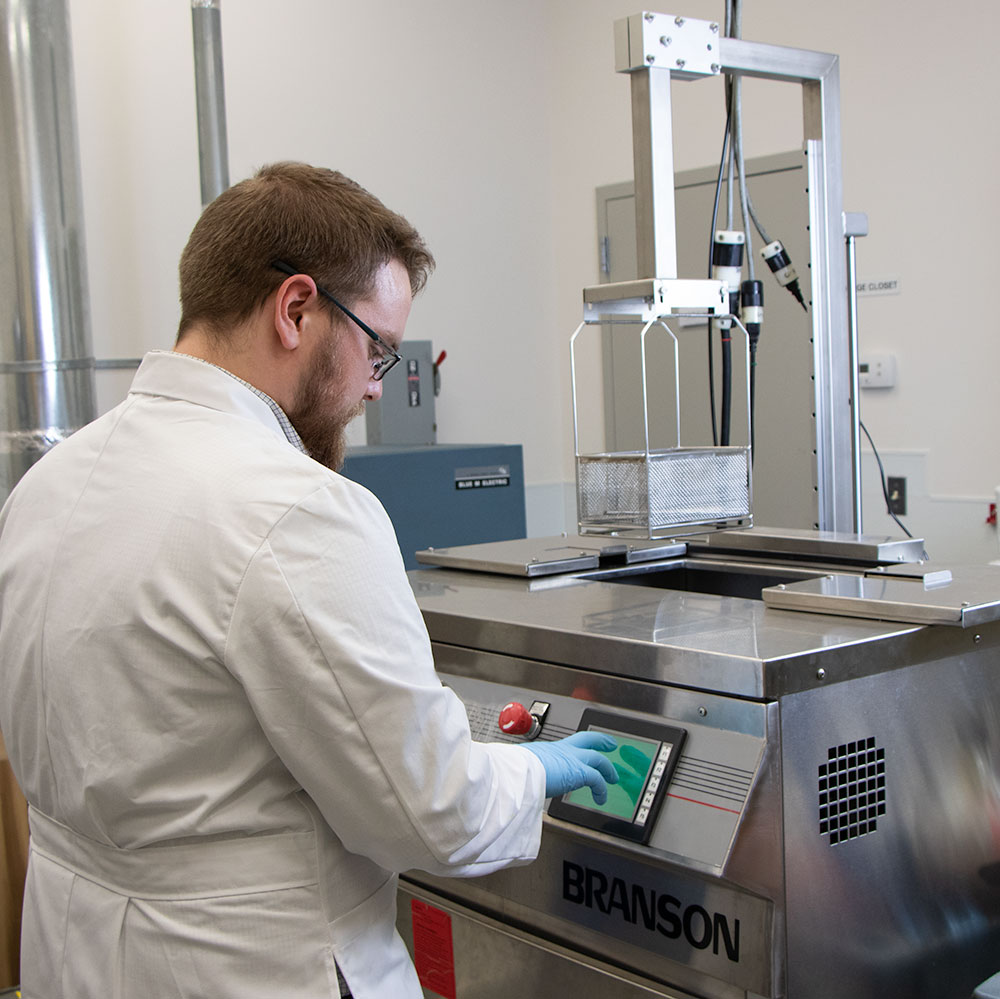 This innovative manufacturing process has several advantages. As well as allowing manufacturers to produce smaller components which would otherwise be impossible to produce, MIM is also cost-effective since it can typically produce high production volumes easier and faster compared to traditional machining methods like CNC milling, turning or cutting.

This article will illustrate how specialty precision cleaning fluids combined with modern finishing methods are enabling production advancements like MIM and how they are helping change the face of manufacturing in many industries.

MIM allows designers more opportunities for creating intricate parts that would otherwise be impossible to manufacture. Because of its flexibility, this manufacturing method is expanding rapidly, particularly in the automotive, consumer product and medical equipment sectors.

The latest figures from ‘Grand View Research’ report that the global Metal Injection Molding market size was valued at USD 2.1 billion in 2015 and is projected to grow at a CAGR of 11.9% from 2016 to 2025.[1] As the MIM process becomes more prevalent, manufacturers are increasingly looking for finishing techniques that make these process advancements possible.

MIM is a process in which fine metal powders are combined with wax binders to form an admixture which is then injected into a mold to form the desired structure. This means extremely intricate components can be produced and is opening the door to creating highly advanced parts which were once only tangible in a designer’s imagination.

A critical step in the MIM process is debinding. After the part is molded, the MIM component is referred to as a ‘green’ part. The removal of the binder, or debinding of the green part is a key stage of the process. It requires careful control through the use of a vapor degreaser and specially engineered debinding fluids to avoid disruption of the molded part, while still maintaining the ‘back bone’ of the structure.

Before the part can be exposed to the high heat required for the final stage of sintering which gives the component its final density and strength, some but not all of the binding agent must be removed. Debinding is a fine balance of eliminating the binders in the shortest amount of time, with the least amount of damage to the part. This is because as the binders are removed, the part structure becomes fragile.

A debinding fluid is used to selectively remove enough of the binder so as not to cause any damage. The fluid dissolves the binders and transports them out of the metal parts, creating pores and voids in the component in preparation for the sintering furnace. The binders are removed gradually to avoid deformation and cracking during sintering, while also allowing the parts to compress uniformly, sinter evenly and maintain their dimensional accuracy. The debinding process typically allows for faster sintering times resulting in shorter production runs.

Choosing the correct debinding method and accompanying fluid is essential to ensure parts are ready for the sintering process. A successful process in attaining the stage required for sintering is through vapor degreasing. The debinding may be performed in either the vapor or liquid phase in the vapor degreaser depending on the metals used and the binders to be removed. Both vapor degreasing phases rely on the fluid infiltrating the parts to efficiently dissolve the binding agent from the full interior. This is where the physical properties of the debinding fluid become important and should be chosen carefully.

Some key features to look for when choosing a debinding fluid is that it is nonflammable, has a low surface tension to easily work its way into the part structure to remove the binders, and has the correct solvency or strength to remove enough of the binder without interfering in the integrity of the part. The fluid should also be environmentally safe and not pose a risk to air or groundwater quality.

Consultation is Key to Success

The selection of a debinding fluid is a balancing act. It must remove the correct amount of binder without causing any structural damage, as well as being safe to use and cost-effective.

Through the use of vapor degreasing and specially engineered debinding fluids MIM manufactured parts can be successfully finished and ready for the final stage of the manufacturing process. It is important to consult with a critical cleaning partner who is well-versed in the MIM process and specializes in vapor degreaser and the fluids that help in successfully and efficiently completing the debinding step.

Venesia Hurtubise is a Technical Chemist at MicroCare Corporation, which offers precision cleaning solutions. She has been in the industry more than 5 years and holds a MS in Green Chemistry from Imperial College. Hurtubise researches, develops and tests cleaning-related products that are used on a daily basis in precision cleaning and medical applications. For more information, visit www.microcare.com.