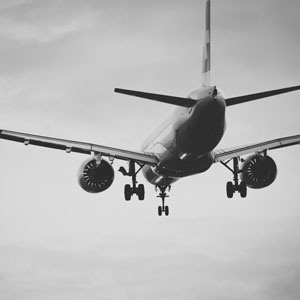 Plastic became so widely used in the aerospace industry that Boeing’s famous 787 Dreamliner was nicknamed ‘the plastic airliner’.

It will come as no surprise that plastics, plastic parts and plastic components are used frequently throughout a variety of industries and business sectors including the medical sector, industrial sector and the aerospace sector.

Throughout the 20th century and continuing into the 21st century, aerospace engineering was advancing at a rapid pace, and plastics assumed a large role by providing practical and functional upgrades. In fact, plastic became so widely used in the aerospace industry that Boeing’s famous 787 Dreamliner was nicknamed ‘the plastic airliner’.

Plastics continued to excel in the aerospace industry throughout World War Two and were used due to their ease of availability, design and manufacture and, above all, the variety of applications they can be used for.

Materials such as vinyl were utilised to line fuel tanks and fliers’ boots, whilst other forms of plastics were used in radar covers due to their transparency to electromagnetic waves. Not only did this significantly improve radar technical capacity but stronger and more flexible plastics were also used on helicopters as they provide increased safety and are able to withstand the helicopter vibrations.

Furthermore, the majority of plastics can be made transparent, shatter resistant or made to provide protection from ballistics. As well as this, certain plastics can provide invisibility toradar and other various infrared systems designed to spot unknown flying objects. This makes plastic ideal for stealth operations and therefore made their use in the military aerospace sector invaluable.

Another advantage of plastics, not just for the military, is that they provide ideal conditions for improved aerodynamics due to their smooth contour which allows aircraft manufactured from plastics more fuel efficient. It is easier to repair plastics due to their ease of availability and light weight.

How are plastics used in aerospace today?

In the modern era, plastics are still widely used in the aerospace industry for a variety of important and essential components. These various applications include:

Airplane panels are often made from a type of plastic called Acrylonitrile Butadiene Styrene – commonly referred to as ABS. This is due to the fact that ABS is ideal for vacuum forming, meaning it can be moulded into a range of specific shapes if necessary. Furthermore ABS has a lightweight density and an impressive strength, making it ideal for aircraft interior components.

More and more aircrafts are being built and manufactured with plastic components on the exterior as well as the interior. As a result, the weight of the plane can be greatly reduced, therefore improving the fuel efficiency of the plane.

Furthermore, the plastics used on the exterior of aircraft have an extreme resistance to a variety of things including pressurised water and steam, radiation and extreme temperatures.

Fancy learning about The Science Behind Aircraft Seating?

Aircraft plastics are utilised for even the smallest of components such as internal wiring and bearings. The ability to manufacture as much of the aircraft as possible from lightweight plastics contributes in a significant way to the plane becoming more economical. This not only leads to a reduced price for air travel, but also reduces the effect the plane has on the environment.

As well as this variety of applications, the ability to use various plastics in the manufacture of planes allows designers to create more innovative aircraft designs.

Using plastics, engineers can create airplane layouts that are not only more ergonomic but aesthetically pleasing as well. This is due to the fact that plastic is a lot more malleable making it easier to shape and mould into various complex shapes as opposed to traditional materials like rubber and aluminium.

This freedom in design allows for the future of aircraft and can lead to planes that are the safest, most affordable and most comfortable for a generation.

As well as being used in the aircraft themselves for various applications, as mentioned previously, plastic is also utilised for aerospace packaging.

Aerospace packaging is essentially exactly what it sounds like; packaging for aerospace components. The aerospace industry often requires dangerous and expensive parts and, as such, requires drastically different packaging needs.

Utilising a variety of plastics is ideal for aerospace packaging as various plastics have different qualities that can be used to transport specific aerospace parts and components. For example, many plastics are resistant to erosion and temperature and provide a high level of strength which can protect aerospace parts whilst they are being transported.

Not only this but plastic aerospace packaging can be used to overcome a variety of issues that come with transporting aerospace parts such as:

The resistance to these issues makes the use of plastic ideal for the majority of aerospace packaging requirements.

Furthermore due to the fact that plastics can be vacuum-formed into a variety of different shapes, and moulded and trimmed to fit specific components, they are able to protect various aerospace components unlike many other materials such as rubber, wood and various metals. 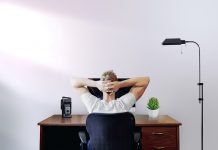 Report: Employees Never Want to Give Up Remote Work