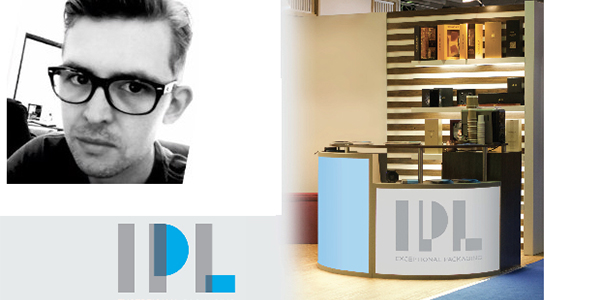 Some companies obsess over building a better mousetrap. But at IPL Packaging, Inc., the Canadian-based leader in the manufacturing and marketing of plastic containers, they worry about making well-designed containers, not to mention a better technique for marketing industrial products.

To maintain its industry leadership in a difficult competitive environment, IPL Packaging devotes 2-3 percent of its annual budget to research and development, and the result are new products that may revolutionize the market for plastic containers.

This year, IPL is beginning to actively market a novel labeling process for consumer products that allows a label to be built into the mold, thus becoming an integral part of the actual container.

“The advantage to the client is that no other type of injection molding can offer top to bottom coverage of a plastic container,” explained Jacques Carten, the product manager for IPL Packaging. “You can now give a photographic quality to the label. In the older process, the picture you see on a container of industrial product doesn’t look like the product at all but now, with IML, you can have a full-quality graphics.”

A North American first
IPL has been working on developing this process on product lids since 1998 for major clients such as Kroger supermarkets and Blue Ridge Farms, but since last year has worked to bring the new injection molding process to the entire container, including larger ones up to four gallons in size. The process is known as IML, for in-mold labeling, and although it has been in use in Europe for at least 25 years, its use on this continent is relatively new. This innovative labeling technique has boosted IPL’s business and has attracted new clientele such as Elmer’s Products, Inc.

“I would say that we were the first ones in North America to institute IML on the lid, and now we will be the first ones to introduce the one-gallon pail with IML in the summer of 2005,” Carten said.

The quest for innovation has allowed the Quebec-based packaging leader to remain profitable in recent quarters, despite soaring prices for resin and other raw materials needed to manufacture its container in addition to the competitive environment in some of IPL’s key markets.

Molding the Company
The roots of the company go back to 1939, long before the invention of the plastic containers that would become IPL’s trademark. In its early years, the firm’s main business was the manufacturing of brushes, including basic toothbrushes.

In the 1950s, IPL joined its rivals in manufacturing toothbrush handles from plastic, and so the company purchased its first injection-molding equipment in 1954. The plastics market exploded in those years and IPL quickly phased out brush manufacturing to focus on containers made from the new lightweight materials. In 1962, IPL manufactured the first five-gallon pail, replacing the metal that had been the packaging standard, and lured big-name consumer giants such as Smuckers (originally Diamond Products, Inc.), the leading manufacturer of jams.

The Metivier family, which founded IPL some 66 years ago, continues to exert leadership of the company, which went public in 1985 and is traded on the Toronto Stock Exchange, IPI.MV.A. Today, IPL has grown into a $225-million-a-year company with some 1,100 employees spread across the United States and Canada.

The company has more than 400 products that are primarily manufactured at three plants in Quebec, located at Saint-Damien, Saint-Lazare and Lawrenceville, with an additional factory in Edmundston, New Brunswick. The firm also has sales reps covering its prime market in North America. IPL’s headquarters are based in Saint-Damien, a suburb of Quebec City.

As recently as 10 or 15 years ago, the IPL executive explained, larger containers of the one-gallon or bigger size were mainly for industrial endusers, and as a result did not need eye-catching packaging. But with the growth of mega-retailers that sell large bulk items to customers – giant stores such as Sam’s Club or Costco – all of that has changed dramatically.

“Packaging has become a vital component in consumer’s purchasing habits. Before, packaging didn’t need appealing decorations, but now that consumers purchase through wholesalers, the packaging must be brought to a different level: 80 percent of consumers who take hold of a product end up purchasing that product, and for that reason, packaging quality is essential,” Carten said.

And that’s not the only challenge facing the plastic container industry. Carten noted that many of IPL’s larger customers want containers that are easy to open and close for re-use, but at the same time the company is expected to make containers that are also tamper-proof, a seeming contradiction.

From recycling bins to snowmobiles
Over the years, IPL has expanded into a wide range of both consumer and industrial products that are manufactured through injection molding. Some involved larger items, including large plastic trash bins and recycling bins for the municipal waste collection industry.

In addition, IPL has become a major subcontractor for the automotive industry, manufacturing plastic car components such as door handles and door lining as a tier one subcontractor to major automakers including Ford and GM. As you might expect for a leading manufacturer based in Canada, IPL also teamed up with the leading manufacturers of snowmobiles, such as Canadian-based giant Bombardier, to manufacture plastic for the cabs of the recreational vehicles. The firm makes similar products for jet skis.

Carten noted that the company has an especially large unit devoted to research and development and related technological issues, comprised of some 25 employees. He said that improving the injection modeling process and the decoration of packaging to the benefit of IPL’s clients has become a number one priority for the group.

But a classic example of IPL’s innovative spirit was shown recently when the firm practically re-invented the lobster crate, a product that had been manufactured in roughly the same way for generations. By taking the traditional wooden crate and remaking it in plastic, IPL introduced a version that not only is much lighter, making it easier for heavy lifting work, but also offers improved circulation that helps to keep lobsters alive until they reach the market. Buoyancy in the collar of the tote allows it to float with the lid opened or closed so lobsters remain submerged while the container stays afloat, even in rough seas.

IPL’s innovative way of thinking is why leading companies come to the firm seeking solutions, which is what happened when leading auto-parts company CarQuest realized that too many of its plastic shipping totes were breaking on the bottom. The resulting container designed by IPL has a reinforced base with a waffle pattern of ribbing on the bottom that can withstand the abuse of the steel dollies. A reinforced double-wall collar provides added protection against corner and collar damage.

Carten said that a recent focus of R&D has been to reduce the amount of resin that goes into a product, without compromising the product’s durability and strength; by using polypropylene IPL has done this. IPL offers a vast and superior selection of polypropylene pails in North America, with less resin that keeps the cost low and the performance superior. Some companies get ahead by breaking the mold, but at IPL, success is the result of re-making the mold.