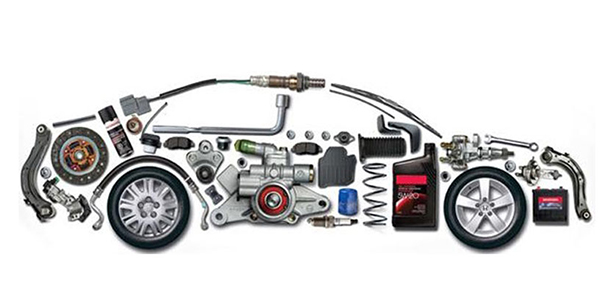 It isn’t every day that you hear a companythat repairs and resells brake calipers and master cylinders for trucks and school buses compare itself to Dell Computer, the world’s largest seller of PCs.But at Philadelphia-based Alliance Remanufacturing, company officials say they’ve looked at the direct marketing tactics developed by the Texas computer giant and are now developing a system of marketing their rebuilt vehicle parts directly to large bus and trucking companies – without a costly middleman.

“Our model is the direct model like Dell Computers,” says Joe Cardone Jr., marketing manager. “When a customer calls us, they don’t have to go to their store or call the warehouse. And they can make modifications, like a special rust preventive. They can get it a lot cheaper, and get it the way they want it.”

Alliance Remanufacturing, a leader in the sales of rebuilt heavy-duty car-and-truck parts, has been constantly refining the way that it’s done business ever since the company was founded in the City of Brotherly Love back in the late 1980s. Its bread-and-butter product lines have been remanufactured brake calipers, master cylinders, and CV drive axles.
The initial concept, as described by Cardone, was a simple one. “We get a broken piece, we fix it, and we sell it the same as a new piece,” he says. “But the quality is the same as brand new.”

The concept has been a successful one for Alliance Remanufacturing. The privately held company now has two separate plants, both located in the neighborhood of North Philadelphia, and it employs roughly 250 people.

Today, the Alliance Remanufacturing division continues to focus on the repair and resale of brake calipers – selling its products to a middleman who in turn supplies repair shops and auto-parts stores. It markets its calipers primarily to medium-duty vehicles, such as school buses and ambulances. However, a lot of the company’s energies are focused on two newer units.

Better Than New
The largest unit is called Diesel Engine Transformations, or DET, which now has its own dedicated 42,000-square-foot facility. DET has developed new buildup and repair technologies to repair cracks and to restore worn out, warped or out-of-tolerance engine heads and engine blocks back to the same specifications as the OEM. The proprietary process developed by DET allows head and blocks that were customarily scrapped to be saved.

Company officials hail their technique as more cost effective and allowing for a quicker turnaround time. DET claims that its rebuilt products have even greater durability than OEM requirements. It aggressively markets its products directly to large vehicle fleets.
“We have started by having our sales reps going to fleet managers, having them visit our shop to see our quality controls,” Cardone said. “For school districts, we have to get on their bid lists.” But Cardone also said that about 30 to 40 percent of sales are still to traditional warehouse distributors or to core suppliers who work directly with parts stores, also known as “jobbers.”

The advantage for fleets that work directly through DET, Cardone says, is they’re guaranteed a quick and predicable supply of parts. “Let’s say that we get a school bus company that needs 20 parts a week,” he says. “They’ll be sure they can replace them, and we’ll take the old parts away and put them on our shelves.”

“We handle the school district of Philadelphia, and all of the city’s sanitation trucks,” he adds, citing two examples of major fleet customers in the company’s hometown. “Anything that uses hydraulic brake fluid.”

Indeed, the increasingly high volume carried out by Alliance Remanufacturing DET division means that the company is developing a growing stockpile of replacement parts. Cardone says that the company even stocks rebuilt parts from a 1954 fire truck.

Other customers with difficult-to-replace parts often take advantage of a program called Restore and Return, or R&R. The program promises same-day pickup and overnight delivery in the eastern United States, and speedy service to other destinations. Alliance Remanufacturing services the entire United States, and even has a customer in the Dominican Republic. Cardone says that major customers east of the Mississippi River take advantage of free shipping.

“If there’s a school bus company with 16,000 locations, we’ll pay the shipping for them, because they’ll give us a lot of volume,” Cardone says.

Making Metal Stronger
Currently, Alliance Remanufacturing is finding ways to market some of the technologies and products that it has mastered in its facilities. One of these is, a build-up technology that strengthens the metal on worn engine heads and engine blocks and restores them to the original manufacturer’s specifications. In many cases, the technology can repair cracks in the engine head, a leading reason that they are discarded. To develop and market this innovation technology, a separate unit was created: Alliance Surface Technologies, or AST.
Cardone says that while worn engine blocks and the like are a major emphasis of AST, the division also is seeking to market this technology to other industries. As an example, he cited the buckets that are used for heavy equipment in the mining industry. “We can spray this metal Thermalcast technology and build up the bucket,” he says. The company also is selling its products in other areas outside of the automotive sector, including locomotive and marine engines and heavy equipment.

For the future, Alliance Remanufacturing and its DET unit is launching a major push in the area of improving diesel auto emissions. The unit has developed an in-cylinder coating that improves combustion efficiency while reducing overall particulate matter. This patent pending coating enables the fuel to be catalytically cracked into smaller and faster building particles. The increased rate of combustion within the diesel cycle allows a lower particulate emission, a better burnout of hydrocarbons and reduced carbon monoxide exhaust.

The new coating also helps achieve a 5 percent improvement in miles-per-gallon as well as lower noise levels, since more energy is utilized for power production than in generating noise.

The company has been working with Penn State University on a testing procedure for the new process, and is seeking approval in California – the state with the strictest emissions standards – as a particulate-removal device. DET also is looking to partner with a major manufacturer of particulate-matter, or PM, traps on Detroit to see if the product can be part of a combined solution.

All of these programs suggest that Alliance remanufacturing is on track to lead the way in the metals technology industry.