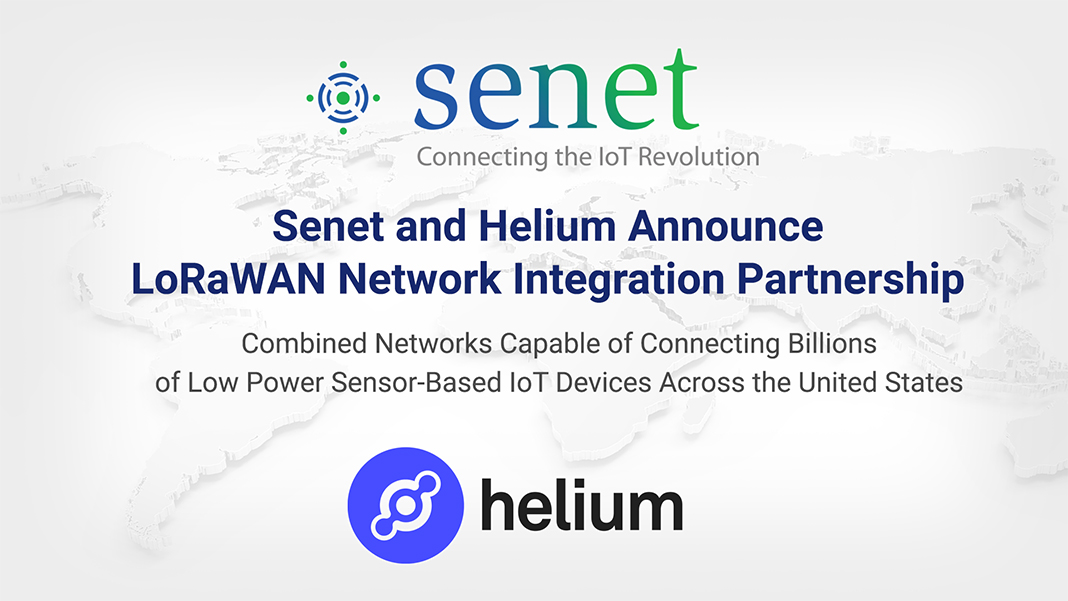 Portsmouth, NH and San Francisco, CA. – Senet, Inc., a leading provider of cloud-based software and services platforms that enable global connectivity and on-demand network build-outs for the Internet of Things (IoT), and Helium, the company behind one of the world’s first peer-to-peer wireless networks, today announced a network roaming integration, broadening access to public LoRaWAN network connectivity for customers deploying IoT applications throughout the United States.

The Helium Network, also known as “The People’s Network”, joins a growing number of network operators, Radio Access Network (RAN) Partners and network infrastructure providers partnering with Senet to ensure that LoRaWAN connectivity can be accessed when and where it is needed, and at the optimal cost. Senet operates the first and only National public, carrier-grade LoRaWAN network and through this roaming integration, its customers deploying enterprise and consumer-grade devices now have expanded access to public network coverage provided by over 175,000 Helium-compatible Hotspots deployed by individuals throughout the US. This network access is available from Senet under its Extended Coverage offering and is supported by Senet network management services, delivering the highest levels of reliability and responsiveness for scaled IoT applications.

“Our collaboration with the Helium Network demonstrates Senet’s commitment to leading through a combination of innovation and partnerships,” said Bruce Chatterley, CEO of Senet. “Helium created a unique and complementary business model for deploying LoRaWAN networks and the combination of extended network coverage and the potential economic incentive of HNT puts Senet and the Helium Network in a leading position to move the market a step closer to pervasive low power wide area network coverage for IoT applications throughout the United States.”

“Senet’s dominant position in the commercial LoRaWAN network market and experience with scaled IoT solution deployments are examples of the success we look for as we partner to deliver value to the Helium ecosystem,” said Amir Haleem, Helium’s CEO and co-founder. “This is an exciting announcement for the industry. The roaming integration with Senet is made possible by the Helium blockchain and brings together two of the fastest- growing LoRaWAN networks in the United States, delivering a significant opportunity for our Hotspot owners to benefit from the rapidly growing IoT services economy.”

Senet operates the largest and most densely deployed public carrier-grade LoRaWAN network in the United States, deployed in over 29 states, covering over 1,300 cities, serving a population of over 55 million people, and processing millions of transactions daily.

The Helium Network has witnessed rapid growth in Hotspot deployments from 7,000 in 2020 to over 175,000 in 2021 across 123 countries globally. There are more than 500,000 additional Hotspots currently back-ordered waiting to come online and over 50 new manufacturers waiting to be approved to build and sell Helium-compatible hardware. 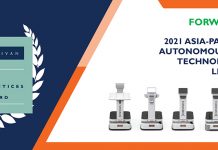