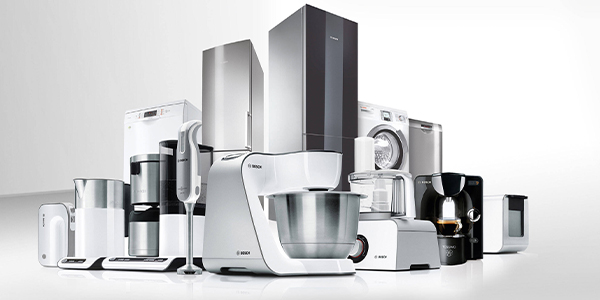 Arlene Miranda is the washer and dryer product manager at Bosch; otherwise known as the “resident laundry expert.” It is a language she speaks fluently – laundry, that is, its process, chemicals and associated factors – specifically regarding Bosch’s new line of Nexxt™ washers and dryers, state-of-the-art machines built with the understanding that laundry is something that has to be done, so why not get it done right?

The Nexxt line is marketed by Bosch Home Appliances, part of the BSH Home Appliances Corporation, a division of Bosch und Siemens Hausgeraete GmbH and the third largest appliance manufacturer in the world. Bosch began selling dishwashers in North America in 1991, and in 1997 opened a state-of-the-art factory in New Bern, N.C. However, Bosch’s reign in the home appliance industry extends back 75 years with the design and production of laundry systems. Bosch was a pioneer in the laundry arena, and one of the first companies to ever make automatic washers.

In the U.S., Bosch is known for its power tools but in the last several years the company has been placing emphasis on producing and selling its core product lines here, knowing that the American consumer is highly educated when it comes to energy and water efficiency, which are often the main drivers in a purchasing decision, Miranda notes. These machines, she adds, have been certified under the Department of Energy’s Energy Star program. To qualify, a clothes washer must have a minimum Modified Energy Factor (MEF) of 1.42. MEF is an equation for energy factor that takes into account the amount of dryer energy used to remove the remaining moisture content in washed items. Bosch’s machines have been ranked among the lowest in the MEF rating, adds Miranda.

Five golden rules
There are five things Miranda wants consumers to remember when selecting the best washing machine and dryer – five things associated with washing and drying clothes that Bosch incorporates at every stage of the process to ensure each machine operates at the same high level of function. These are: time, water, chemicals, temperature and mechanical action and their importance to the overall operation. As Miranda explains:

• Time: “If you’ve got a machine running efficiently (at 1200 rpm) it can extract so much water from what you’re washing,” explains Miranda. “The clothes are just damp coming out. One of the biggest complaints we hear is about clothes that are too wet coming out of the machine. Ours is extremely efficient, which amounts to a time savings.”

• Water: Bosch’s machines can support water use as low as 4.78 gallons – roughly a three-pound load – for the total wash. “The Department of Energy sets standards for the industry as to measuring water and energy efficiency; water factor is part of the calculation of how efficiently washing machines are rated,” Miranda explains, adding that Bosch’s machines have earned the highest rating from the Consortium of Energy Efficiency (CEE). In fact, the Nexxt line has qualified for the highest tier, 3B, which is in the top percent of all machines rated. Using Nexxt machines consumers can expect savings of 70 gallons of water a week for a family of four and an average of $150 in energy consumption a year.

• Chemicals: These, in the form of detergent, bleach and fabric softeners, impact how effectively the machine washes clothes, Miranda explains. In particular, the misuse of bleach has precipitated the construction of “smart” machines that effectively “protect the consumer from herself,” she adds. “A small percent of women still use bleach at the outset of the wash because of habits handed down – it’s ingrained into their psyche,” Miranda says, “but that’s the best way to ruin clothes.” “Our machines do the thinking,” she says, “by enabling the user to program when the bleach is dispersed. The machine has its own internal water heater and will rinse out the detergent. It will then introduce cooler water because bleach is most effective when in cold water.” Used wrong, bleach will actually make clothes feel more brittle.

• Mechanical action: The Nexxt washing machine’s Archie paddle – the mechanism that rotates in the middle of the washing machine – is uniquely designed, Miranda notes, in that it cascades water for maximum saturation and is gentle on clothes. “It doesn’t break down fibers of clothes, so you’ll have less lint in the lint filter. Consumers tell us they’ve seen improvement in their clothes because these machines take out the detergent residue. We’ve had people actually call customer service wondering if something was wrong because there was not as much lint in the lint filter.” Washers have 15 program cycles, she adds, that include 400, 600, 800, 900, 1,000 and 1200 spin speeds that sort according to fabric type: regular cotton spins at1200 rpm while delicate fabrics spin at 600 rpm. The Nexxt washing machine can also hand wash at 400 rpm, delicate enough for wool and cashmere and even high fashion clothes with fine details.

• Temperature: Before the invention of washers and dryers, sunshine and the open air were the media for drying clothes. Bosch’s dryers, Miranda explains, are constructed with 685 holes in the back – more than any other dryer on the market – to simulate Mother Nature. “These machines operate at moderate temperatures to ensure clothes are not over dried. When you take out the clothes, there’s less static.” The secret is Bosch’s duotronic system equipped with temperature/moisture sensors, which constantly monitor the moisture level in the clothes “so they aren’t baked,” Miranda notes. “As time goes on moisture evaporates. Most dryers are constant from start to finish but you don’t need as much heat at the end of the cycle. With our machines you don’t need fabric sheets.”

In addition, these units are the quietest on the market at 60-67 decibels, giving consumers the ultimate flexibility in placing the laundry room right next to a bedroom or nursery. Washers retail at $1399 and dryers at $800.

Fashionably timely
Bosch unveiled its Nexxt generation laundry system at the 2004 Kitchen & Bath Show with the help of supermodel/actress/author Vendela, who served as mistress of ceremonies of the “Nexxt Laundry Fashion Show,” which saw models from the hit reality show “America’s Next Top Model” hit the catwalk wearing designer fashions that could be cared for with the Nexxt washer and dryer. At the same time Bosch showcased other breakthrough home appliances, such as its new freestanding convection range and introduced the latest addition to its award-winning dishwasher line.

At the time of the introduction, President and CEO Franz Bosshard had commented: “At Bosch, we are committed to manufacturing appliances that are inspired by the needs and lifestyles of today’s consumer. A prime example is the Nexxt washer/dryer, combining the inventive features with the convenience and quietness one expects from Bosch. It truly represents the next generation in home laundry care.” Those who were excited by the launch at KBIS 2004, should stay tuned, Bosch promises many more surprises at KBIS 2005 in Las Vegas.

A far cry from the old washboards, themselves once thought to be state-of-the-art, the Bosch Nexxt laundry system is perhaps most revolutionary for what it does not do: It will not age clothes and make them appear care worn after a few uses. And it will not make the laundering process a bore, as Miranda notes: “I’ve heard from people who tell me they took clothes out of the closet that hadn’t been worn just so they could do the laundry – it was such a great experience,” she says. And this is what Bosch anticipated when it decided to venture across the ocean with its new product line. She adds, “Bosch has been committed to bringing products and European know-how to the U.S. market.”