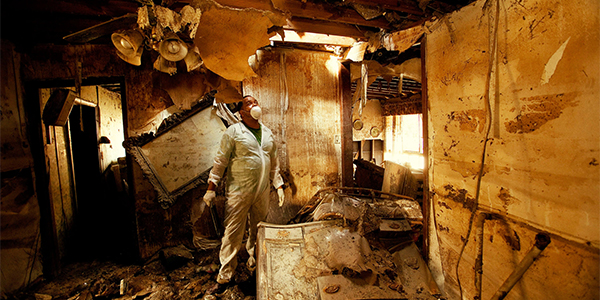 Would New Orleans have been even more of a “toxic gumbo” in the wake of Hurricane Katrina if major industries did not have environmental management systems (EMS) in place? Some experts say yes.

Piled-up waste became a part of New Orleans’ landscape following Hurricane Katrina. Likewise, oil and gasoline from vehicles consumed in the flooding filled the waters. Louisiana is home to more than 400 refineries and chemical plants that produce, use, or store hazardous materials. Many ceased operations at least temporarily following the storm. While there have been reports of ruptures and spills in many facilities, one business, DynMcDermott Petroleum Operations Co., reported otherwise.

“Ongoing efforts to utilize environmental management systems helped us to prevent harmful environmental incidents in our environment during the hurricane,” said William Bozzo, an environmental department manager with DynMcDermott in New Orleans.

DynMcDermott sustained damage at five out of six facilities along the Gulf Coast, yet had no reportable releases as a result of Hurricanes Katrina and Rita. All facilities are certified to ISO:14001 – the management standard primarily concerned with what an organization does to minimize harmful effects on the environment and improve environmental performance.

The aftermath of Hurricane Katrina isn’t the first time an EMS has proved useful in responding to a crisis. In October 2001, two letters containing deadly anthrax forced the U.S. Postal Services (USPS) to shut down one of its largest mail processing and distribution facilities in Washington, D.C. At the Brentwood center, postal officials turned to ISO: 14001 to manage the clean up.

Whether businesses operate to regulatory requirements or community concerns, effective management systems offer the means to control and minimize the effects of waste and pollution. In New Orleans’ recovery and redevelopment efforts, organizations that have implemented ISO: 14001-based management systems can turn to processes and documentation already in place to respond to unexpected circumstances – including a natural disaster – in an environmentally responsible manner.

“ISO: 14001 provided the framework for our facilities to be prepared and respond to the hurricanes,” said Bozzo.

A global community exists to support implementation of EMS. Certification bodies, also known as registrars, are contracted by companies to evaluate their management systems through independent audits. A certificate of conformance is issued if the company meets the requirements of ISO: 14001.

ISO: 14001 provides a framework to sustain and maintain environmentally sound development – in normal times and during crises. In its recovery and redevelopment, will New Orleans reap the benefits of effective EMS?