McLean, VA (August 12, 2019) – U.S. manufacturing technology orders fell 7.7 percent from the previous month to a total of $357.8 million in June 2019, according to the latest U.S. Manufacturing Technology Orders Report published by AMT – The Association For Manufacturing Technology. While cutting technologies fell by a modest 2.1 percent, a majority of the month-over-month decline was driven by the more volatile forming and fabricating technologies. Orders for the first half of 2019 totaled $2,249 million, a decrease of 12.8 percent compared to the first half of 2018 when orders totaled $2,580 million.

“The manufacturing technology market is under pressure from ongoing trade issues and a global manufacturing slowdown, which is driving competitiveness in the North American market,” said Doug Woods, President of AMT – The Association for Manufacturing Technology, “Our members are adjusting their business models to address these challenges and analysts’ predicted fall in order levels in 2019.”

After more than doubling orders from April to May 2019, the agricultural implement manufacturing sector dramatically slashed orders in June, a possible spillover of the trade war impacts on farmers. Government and defense orders in June were less than a tenth of their May 2019 levels. The automotive sector reduced orders by over a third from May 2019 levels and aerospace orders declined by slightly over one tenth. While the majority of industries pulled back orders in June, there were several areas of notable growth. Medical equipment manufacturing and household appliance manufacturing increased orders nearly 40 percent. Job shops increased orders by modest single-digits, marking the second-straight month of growth.

The Northeast was the only region to show growing orders over the previous month and over June of last year. Orders from the Southcentral region grew nine percent over May 2019 but showed a modest decline over June 2018. The largest monthly declines were in the Southeast and North Central – West, where orders fell by double digits between May and June 2019. The North Central – East region fell by nearly nine percent from May 2019 and the West region had a monthly decline near equal to the year-over-year gains.

The University of Michigan Index of Consumer Sentiment was 98.4 percent for July 2019, essentially flat over the June reading of 98.2 percent. Surveys of Consumers chief economist, Richard Curtin, noted in the July press release there has been “remarkably small” variation, with the sentiment index falling within a 10.2 percentage point range over the past 30 months. The July 2019 ISM® Manufacturing Report On Business® reported the Purchasing Managers’ Index fell half a percentage point to 51.2, the fourth straight month of declines for the index. Capacity utilization rose for the second straight month to 76.37 in June. While light weight vehicle sales dipped slightly from May, the annual rate remained above 17 million units for the third month in 2019, at 17.239 million units.

The United States Manufacturing Technology Orders (USMTO) Report is based on the totals of actual data reported by companies participating in the USMTO program. This report, compiled by AMT – The Association For Manufacturing Technology, provides regional and national U.S. orders data of domestic and imported machine tools and related equipment. Analysis of manufacturing technology orders provides a reliable leading economic indicator as manufacturing industries invest in capital metalworking equipment to increase capacity and improve productivity.

AMT – The Association For Manufacturing Technology represents U.S.-based providers of manufacturing technology – the advanced machinery, devices, and digital equipment that U.S. manufacturing relies on to be productive, innovative, and competitive. Located in McLean, VA, near the nation’s capital, AMT acts as the industry’s voice to speed the pace of innovation, increase global competitiveness, and develop manufacturing’s advanced workforce of tomorrow. With extensive expertise in industry data and intelligence, as well as a full complement of international business operations, AMT offers its members an unparalleled level of support. AMT also produces IMTS – The International Manufacturing Technology Show, the premier manufacturing technology event in North America. www.amtonline.org

IMTS – International Manufacturing Technology Show is the largest and longest running manufacturing technology trade show in the United States is held every other year at McCormick Place in Chicago, Ill. IMTS 2020 will run Sept. 14-19. IMTS is ranked among the largest trade shows in the world. Recognized as one of the world’s preeminent stages for introducing and selling manufacturing equipment and technology, IMTS attracts visitors from every level of industry and more than 117 countries. IMTS 2018 was the largest in number of registrations (129,415), net square feet of exhibit space (1,424,232 sq. ft.), booths (2,123) and exhibiting companies (2,563). IMTS is owned and managed by AMT-The Association For Manufacturing Technology. www.IMTS.com 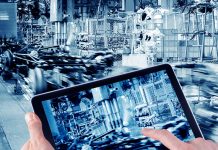 Why your Security Systems Need to be Maintained