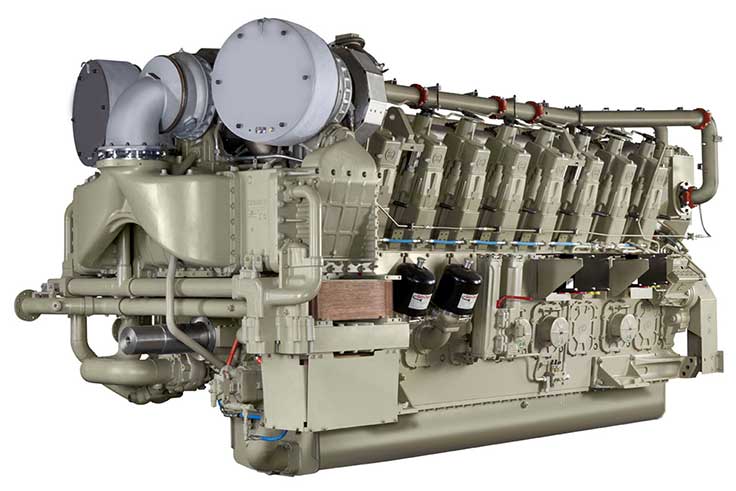 “This federal order will create job opportunities and economic growth in Western Pennsylvania,” said U.S. Senator Bob Casey.  “I have consistently advocated for contracts awarded by the Maritime Administration for its National Security Multi-Mission Vessel Program to include American manufacturers to the maximum extent and consequently strengthen U.S. manufacturing and contribute to our Nation’s economic recovery. I have long supported this facility from when it was owned by GE Transportation and I am pleased to see that Wabtec’s Grove City plant in Pennsylvania has been awarded this opportunity.”

The V250 Series Diesel Engines for the NSMV fleet will be manufactured at Wabtec’s Grove City, Pennsylvania plant. These advanced engines reduce air emissions by up to 70 percent, through technology features such as an upgraded control system, a high-pressure common rail fuel injection, two-stage turbocharging, and advanced exhaust gas recirculation. The engines meet stringent EPA Tier 4 and the International Maritime Organization’s Tier III emissions standards without the need for urea aftertreatment. Wabtec’s design saves up to 75 percent of valuable shipboard space, provides significant maintenance and reliability cost savings, and reduces operational hazards and cost associated with handling aftertreatment chemicals such as urea.

“I want to congratulate Wabtec for winning the National Security Multi-Mission Vessels contract,” said U.S. Representative Mike Kelly. “This is exciting for the whole company, especially the those who work at the Grove City plant and produce first class diesel engines.  More importantly though, this contract shows America is once again leveraging Western Pennsylvania’s industrial know-how for our nation.  Wabtec’s innovations in their diesel engines have put the company ahead of its global competitors and the awarding of the MARAD contract proves that.”

The engines will provide ship service power to the state-of-the-art vessels for use in a variety of missions including maritime officer training by State Maritime Academies, disaster response, and humanitarian needs.

“Wabtec is honored to supply next-generation engine technology for the NSMV fleet to train future generations of American mariners and sail on missions where reliability is critical,” said Tammy Gromacki, Wabtec’s general manager of Marine and Drill. “With this order, the federal government can begin to realize the cost, reliability and emission-reduction benefits enjoyed by Wabtec commercial ship operator customers around the world.”

Wabtec’s marine diesel engines will be integrated into generator sets produced by partner contractors and installed on the first two NSMVs being constructed in 2021 at Philly Shipyard in Philadelphia. The NSMV ships will be homeported at State Maritime Academies in New York and Massachusetts.

About Wabtec
Wabtec Corporation is a leading global provider of equipment, systems, digital solutions and value-added services for freight and transit rail. Drawing on nearly four centuries of collective experience across Wabtec, GE Transportation and Faiveley Transport, the company has unmatched digital expertise, technological innovation, and world-class manufacturing and services, enabling the digital-rail-and-transit ecosystems. Wabtec is focused on performance that drives progress, creating transportation solutions that move and improve the world. The freight portfolio features a comprehensive line of locomotives, software applications and a broad selection of mission-critical controls systems, including Positive Train Control (PTC). The transit portfolio provides highly engineered systems and services to virtually every major rail transit system around the world, supplying an integrated series of components for buses and all train-related market segments that deliver safety, efficiency and passenger comfort. Along with its industry-leading portfolio of products and solutions for the rail and transit industries, Wabtec is a leader in mining, marine and industrial solutions. Wabtec has approximately 27,000 employees in facilities throughout the world. Visit the company’s new website at: www.WabtecCorp.com. 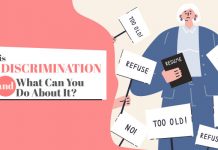 What is Age Discrimination and What Can You Do About It