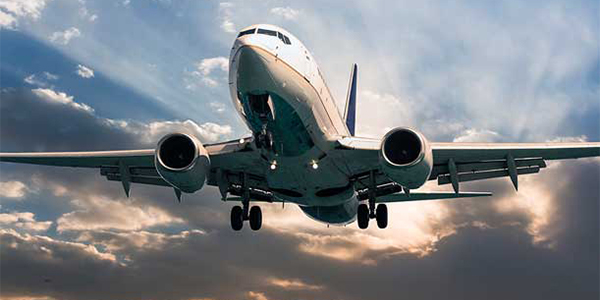 There are few American companies more stable than Illinois-based Woodward Governor Company, which was founded in 1870, yet through this past summer, it had just five different CEOs in its long history.

But Woodward, the world’s largest independent designer, manufacturer, and service provider of energy control systems for aircraft engines, industrial engines and turbines, and power generation and mobile industrial equipment, did not establish that reputation for stability by standing still.

Indeed, under the direction of the company’s sixth chief executive officer, Tom Gendron, the manufacturing icon is retooling for the 21st century by working to offer its foundation customers like General Electric, UTC/Pratt & Whitney, Caterpillar, and Cummins complete, packaged solutions in addition to the individual components that have long been its mainstay.

Impressive growth
The sharpened focus at Woodward, along with growing demand from customers in its aerospace, power generation, transportation, and process industries markets, is fueling a new era of growth. In the fourth quarter and fiscal 2005 report, Woodward’s net sales were a record for the company, an increase of 17 percent from the previous year.

Currently, the world’s soaring energy prices are helping the company both abroad and here at home. According to Steve Casper, OEM director for Woodward’s Aircraft Engine Systems business segment, which is still based in Rockford, Ill., the city where it was founded, “Woodward’s technologies meet the market drivers for better fuel efficiency and better emission controls.”

Woodward, (Nasdaq: WGOV), which posted over $825 million in global sales in the fiscal year that ended in September 2005, made most of that money by selling systems and components that could not have been dreamed of when the company was founded some 136 years ago. The company’s history traces back to a very different era, in the latter part of the 19th century when the rotating speed of a waterwheel was regulated by controlling the flow of water through the wheel.

The company’s founder, Amos Woodward, improved that method by developing a device that opened or closed the water gate as the speed of the shaft demanded. The Woodward governor was patented in 1870, and the company was founded that year.

Strong in our markets
But the invention of the airplane would prove to be a landmark development in the growth of Woodward. By the 1920s, the company had established itself as a leading manufacturer of pitch control for airplanes, and during World War II, it was a major contributor to the war effort. Woodward prospered in the post-war era both on the aircraft side of the company as well as the water wheel (hydro) and industrial power side.

Casper said the company now employs about 3,500 people at its facilities around the world, a slight increase in the last couple of years. For decades, Woodward has been well known for retaining its employees and offers an innovative employee stock-ownership plan. Since 1997, the firm has also been publicly traded on the Nasdaq market. Indeed, aerospace is now 35 percent of Woodward’s total sales, with sales to most of the major players in the engine fields including GE, UTC/Pratt & Whitney and Rolls-Royce. The firm also sells products and services directly to most major airlines worldwide.

Like many companies, Woodward saw a slump in the two years or so following the Sept. 11, 2001, terrorist attacks and then a rebound. One reason is that the largest commercial aircraft builders, Boeing and Airbus, have increased production to fill the void created by that slowdown.

“Commercial has recovered from 9/11 in segments like business jets, which are booming in this recovery period, as well as the regional market, and even wide bodies are starting to show some strength,” Casper explained. Woodward is also gaining service contracts to maintain many of the industrial turbines that it installed at the height of the pre-2001 boom years.

A systems focus
“Major customers want a packaged or bundled system,” explained Casper. “They don’t want to buy parts from six or seven different companies but from one. It really helps them with their logistics, development and coordination.”

“As the economies around the world become more connected, Woodward focuses on managing global suppliers that are investing in new technology and are experienced in worldwide logistics management,” explained Nancy Karnitz, Global Commodity Manager. “This not only enables us to expand our product offerings, but ensures we are successful in delivering complex systems to point-of-use often within our customers’ facilities around the world. In this environment, superior quality and delivery performance are expected.”

Nancy emphasized the fact that the global commodity teams are focused on development and further maturity of the complete supply chain with those suppliers identified as growth partners. “We look for key partners in our systems business to provide us with entrepreneurial and efficient ways that provide us with a competitive advantage few can even contemplate. Only this will ensure we are the supplier of choice on all future platform needs. Performance expectations are simply the invitation to the event. New and different thinking that challenge and surprise even our customers are what retains interest.”

Several years ago Woodward launched a project with Pratt & Whitney Canada to develop the engine fuel delivery system for their PW600 engine family program for very light jets. Woodward’s control and ignition systems will be used on the PW610 and PW615 engines that will power the Eclipse 500 and Cessna Citation Mustang respectively.

When GE selected Woodward as the fuel systems integrator for the GEnx engine, Woodward solidified its systems strategy and increased its share in the widebody commercial aircraft market. The GEnx, scheduled to enter service in 2008, will power Boeing’s 787 and 747 Advanced and the Airbus A350.

Casper said that a lot of the company’s most recent efforts have been heavily focused on expanding its ability to offer complete systems to customers. As part of that, Woodward has invested considerably to upgrade its product testing facilities.

“It certainly supports systems that make engines work better if you have the whole bundle of components together and prove them out before they get to the engine,” Casper explained. In addition, he said that Woodward initiated the Six Sigma methodology about seven years ago and has seen dramatic productivity and quality gains.

Right now, according to Casper, there is a big push for what Woodward Aircraft Engine Systems business segment calls its Turbine Engine Control and Combustion Strategy, or TECCS. That calls for manufacturing complete packages such as a fuel system, which can deliver fuel flow, actuation control and other functions, and heat management, which can help prevent overheating and icing.

Undoubtedly, Amos Woodward would not recognize the company that he founded today, but he surely would be very proud.