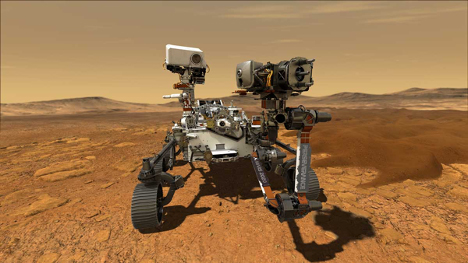 Computer vision has long aided the arms industry but now, with new developments in AI, it’s on the upswing as never before.

When it comes to the adoption of innovative and disruptive technologies, the military is fast to react. With excessive financing and the highest level of international competition, the military use cases for computer vision software are nothing short of fascinating. From surveillance to autonomous vehicles to landmine removal, this branch of AI is set to change how the military approaches many essential tasks.

Unsurprisingly, computer vision can detect enemy entities including soldiers and all types of vehicles. Such data is gathered from various sensors installed on land, machinery, soldiers, and satellites. The value here is that by combining data from so many sources, the military can create a very detailed picture of a combat scene and make more informed strategic decisions. While such data has always been available, it was very time-inefficient to process manually. Computer vision autonomously processes data, increasing speed and reliability.

NASA takes a similar approach to enable its newest rover Perseverance to more reliably and efficiently process image data about soil and rock samples on Mars. When it comes to space missions, energy and processing power become much more precious compared to any similar activities on the Earth. Perseverance’s predecessor, the Curiosity rover that landed on Mars in 2012, got a computer vision upgrade in 2016. The AEGIS software has enabled the robot to identify which rock and soil species are worthy of analysis. This has significantly increased the speed at which the rover gathers important information and saves expensive space mission time.

However, NASA has identified a bigger opportunity for even more reliable and precise data processing. The idea is to enable Perseverance to collect data using fewer resources without sacrificing accuracy. Even the most powerful ML algorithm can make a mistake when the input data is coming from one source. NASA overcomes this problem by enabling the rover to process computer vision data in combination with insights from gyroscope and accelerometer sensors.

Nowadays, even the least tech-savvy people are aware that autonomous vehicles are no longer a part of sci-fi fantasies. However, the scope and complexity of their application substantially differ. The technology for the self-driving car has been available for some time. However, the biggest obstacle to its adoption so far is safety. In a civilian context, it takes years of testing to ensure that a car can safely navigate through traffic, pedestrians, and road obstacles, consider weather conditions, read signs, and proactively react to dangerous situations on the road. Moreover, it also needs to comply with very strict governmental regulations, which also differ from city to city and country to country.

When it comes to the military, not only are there much fewer roadblocks for autonomous vehicle adoption, but the range for possible applications is substantially wider. Self-driving robots can scout the enemy’s position, rescue injured soldiers, get supplies, and more.

The Robattle, developed by Israel Aerospace Industries (IAI), is an all-in-one military solution, an unmanned and highly maneuverable vehicle that can be operated autonomously or remotely controlled. The robot utilizes a complex computer vision system, which allows it to navigate through a range of road obstacles and terrains, as well as flatten itself to go under obstructions. The Robattle has a number of applications on a battlefield: from rescuing soldiers to gaining combat intel to transporting supplies to firing arms and more. The IAI’s visibly terrifying offspring has now won the interest of the world’s most advanced armed forces.

Accuracy and precision are essential terms in a military context. When it comes to snipers, the first shot is often the only chance to hit the target. Snipers have to consider many aspects including wind direction, time of the day, the effective range of the weapon, and more. While the sniping mastery will remain relevant at all times, computer vision can assist military professionals in making accurate calculations.

Imaging Solutions Group has developed the One Shot system that estimates the downrange crosswind and distance to the target. The data obtained from sensors installed on a weapon is then used to create a new virtual ‘target’, which a sniper would aim to hit the intended target. This way, the chances to hit the target with a first shot significantly increase, allowing soldiers to focus on more strategically important tasks.

Another emerging concept is ML-enabled missile guidance. Previously, a missile was sent to hit a specific target in a faraway area. With computer vision, a missile can now be sent to a specific area, and only then the target selection is made. Complex ML algorithms embedded in missile sensors analyze location data and enable more reliable missile guidance.

Yaroslav Kuflinski is AI/ML Observer at Iflexion. He has profound experience in IT and keeps up to date on the latest AI/ML research. Yaroslav focuses on AI and ML as tools to solve complex business problems and maximize operations.