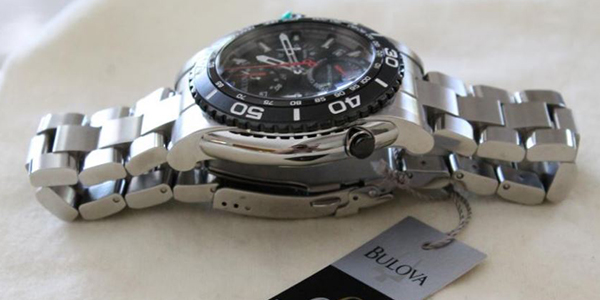 Bulova Technologies’ success rests on its heritage of precision. The company evolved from a strong background of supplying products to the U.S. Department of Defense and approved friendly nations, where precision can mean the difference between life and death. Today, that expertise in disciplined precision has earned the Lancaster, Pa.-based company its admired reputation in the commercial arena. It is now ranked among the top 50 electronics contract manufacturers in the world.

Timeless Precision
“Our manufacturing strategy has been instilled in us because of the watch business,” says Gurba. “So that, coupled with our strong military background, has prepared us for the commercial arena.” Bulova is the world’s largest and most recognized producer of military fuzes, the systems used to detonate explosives in artillery ammunition, tank ammunition, mortars and missiles. “We design, engineer and manufacture the timing devices used on these types of munitions and we also manufacture arming devices for the Department of Defense.”

With that expertise as its bedrock, Bulova’s foray into commercial applications has proven as successful as its military applications have for generations. “Our skill sets lend themselves to highly complex electromechanical assemblies, which are our strong suit,” says Chris Perrotti, vice president of commercial marketing. “Our large engineering staff allows us to work closely with our customers in developing detailed work instructions to assist in manufacturing their products. We help in product design and we can develop very sophisticated documentation for our customers.”

Custom Cells
“Primarily, we are a systems house with vertical integration of the electronics we manufacture internally, which are our printed wiring boards,” says Perrotti. One of the company’s strongest offerings to customers is the ability to create manufacturing environments based on specific customer requirements. “For example, we created clean-room environments to handle sophisticated assemblies for semiconductor manufacturing, which has very stringent codes,” he continues.

Cell-based and flexible, Bulova has the capability and capacity to create numerous variations of these different environments within its four-story, 220,000 square-foot facility. “For example, we might have a manufacturing cell where we are building a medical robot, and in another cell we might be building equipment for the semiconductor industry,” says Perrotti. Working closely with customers, Bulova’s engineers develop detailed sets of drawings, work instructions and bills of material. All of these documents are reviewed with customers’ documentation control groups prior to starting production. For Bulova, the key is to do it right the first time, continue to reduce cost and meet the quality and schedule requirements of its customers.

Bulova’s 30,000 square-foot facility in Arizona was established specifically for a customer that wanted Bulova to manufacture its products close to its own facility. “We opened that facility in Arizona based on that customer’s commitment,” says Perrotti. Bulova now serves other customers at that facility. The company employs 450 people in its two facilities, and has customers all over the United States — along with doing business in 31 countries.

Bulova also participates in co-build manufacturing. “We send a group of our engineers to a customer’s facility to develop and build that product together so that we can develop our own work instructions to be able to manufacture these products in our facility,” says Perrotti. “Because we’ve already developed skill sets for materials handling, fine process controls and strict quality standards from our experience in working for the military, we use that expertise in our commercial business.”

Going to Commercial
Bulova quickly established itself as a niche manufacturing company in its commercial applications. “We do a lot of work here that many other contract manufacturers wouldn’t want to touch because the applications are very complex and very sophisticated assembly work, requiring the skill sets we’ve excelled in during years of manufacturing fuzes for the military,” says Perrotti. He explains that the company’s fuzes are comprised of some 40 to 300 components. “These fuzes evolved from purely mechanical assemblies over the years and they are now electromechanical assemblies.” That knowledge and expertise is what Bulova engineers are now using in the assembly and manufacturing processes it performs for commercial customers.

Its custom manufacturing solutions include the ability to produce quantities ranging from one or two systems per year to 40,000 units per month. Bulova also provides full turnkey consignment builds, including Kan Ban, business agreement and OEM arrangements.

In keeping with its tradition of uncompromised quality and precision, Bulova is ISO 9002 Lloyd’s registered for quality assurance and ISO 10012-certified for its calibration systems.

Balanced Business
“We are unique in the commercial arena because half of our business is devoted to the military and, therefore, we’re not captive to the market environment of the commercial industry,” says Gurba. “This means that our company has good balance in that we have good diversification in both our product and customer base.”

Another capability setting Bulova apart from its competitors is its in-house environmental test laboratory, which can do climatic, dynamic, destructive and non-destructive testing. Its chemistry laboratory is capable of numerous tests, including metal alloys composition analysis, trace metals analysis, plating and coating thickness measurement, and dry film lubricant coating.

Managed by a system of achieving daily goals directed by the company’s long-term objectives, Bulova rewards its employees for successful achievements of those daily goals. “We work within a three-year strategic plan that gets updated every year, so it’s a rolling three-year plan,” explains Gurba.

The company recently signed an agreement with Phillips North America Security Division. “We will supply the printed wiring boards for their Lancaster division, which manufactures security systems,” says Gurba. As part of that deal, Bulova will purchase all of Phillips’ surface-mount equipment lines, including three state-of-the-art high-speed Panasonic lines and a state-of-the-art Saho wave solder. “We will now be producing approximately $30 million a year in printed wiring boards, with the capability to produce as much as $100 million a year,” Gurba continues.

Bulova is currently in the final stages of developing a fuze product with a secondary self-destruct mechanism for the military. “If the fuze doesn’t ignite the ammunition, there is a secondary ignition train which then blows up the ammunition,” explains Gurba. “We’ve seen the problems that occurred overseas – particularly in Bosnia, Somalia and the Middle East – regarding unexploded munitions.” Bulova believes its pyrotechnic timing device product will be purchased by all branches of the Department of Defense to eliminate the problem of unexploded ammunition. “It’s a tremendous humanitarian product,” says Gurba.

Bulova plans to continue to develop its commercial business while maintaining its premier position in the fusing arena. “We plan to acquire businesses with the goal of achieving approximately $300 million in sales over the next three years,” says Gurba. “We also want to continue to be the DOD’s premier manufacturer of fuzes. We want to continue to create strategic partnerships with key companies in the fields we are involved in so that we can supply products on a low-cost, high-quality basis. This will allow companies to spend more of their time developing and marketing their new products.” Bulova is estimating sales in 2001 of more than $100 million, and anticipates that its growth will continue at higher than industry standards because of its unique market positions.