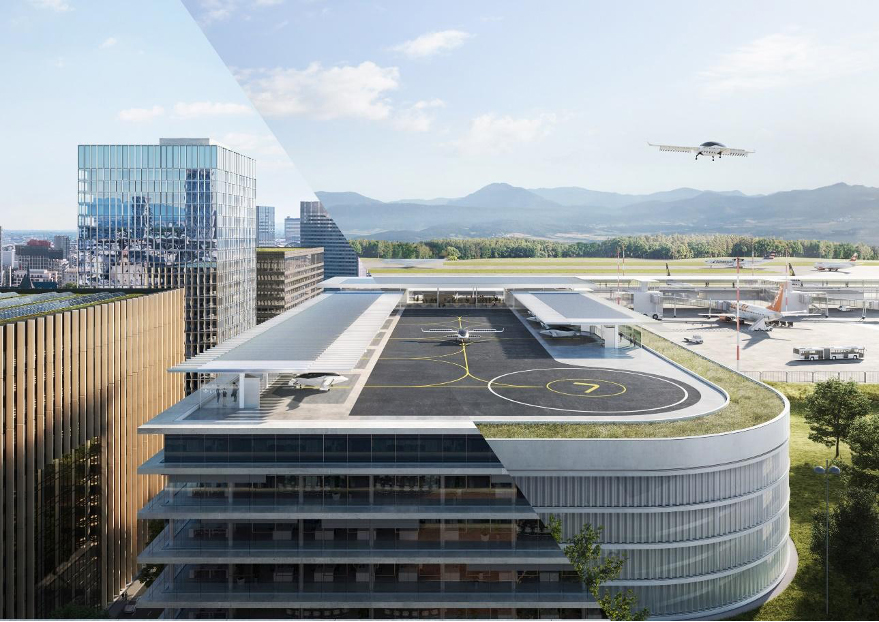 All indications point to an acceleration in the development of electric air taxis and Urban Air Mobility transportation systems.

It is not often that we get to watch the “launch” of a new industry, but we may be getting closer to that opportunity with the “flying taxi” for a couple of reasons.  The first is that several relevant startups are raising significant capital through a flood of SPAC mergers by firms such as Joby Aviation, who purchased the Uber flying taxi business known as Elevate in 2020.  The second is that research projects leading to U.S. domestic testing and certification have now become a reality as NASA begins the first air taxi flight testing.  Likely near the end of this decade we will have the capability of urban transportation of cargo and passengers in an electronic drone-like vehicle for distances less than 100 miles at speeds up to 200 MPH.  So, let’s review the new terminology you’ll soon be hearing and along the way look at some of the challenges remaining before here and takeoff.

The vehicle will most likely be an electric powered, vertical takeoff and landing (eVTOL) that resembles a large drone with wings and 6 or more fan blades or vents called thrusters to provide the required power and redundancy for safety (Joby, Archer, Lilium).

The thrusters rotate from vertical lift mode (think traditional drone) to horizontal cruise mode (think unsightly propellor plane) and provide a quiet, no emission flight for one or two passengers or an equivalent weight of cargo.   Other eVTOL wingless designs use horizontal thrusters only (Volocopter, EHang) which look and work more like traditional drones but lack the range of the winged models.  Other variations include eCTOL for Conventional takeoff and eSTOL for Short takeoff (Airflow, Electra) which are closer to aircraft powered by electric motors.  All of these designs incorporate the same charging and battery technology found in electric-powered cars.

Your flying taxi eVTOL will not be going door to door or roof to roof but will be available at your “vertiport” where your vehicle will take off, land and recharge.  The first vertiports will likely be located downtown in larger cities offering express service to and from traditional airports.  Theoretically, anywhere a helipad currently exists could also serve as a vertiport but the expectation is that a standard vertiport will be a parking garage with a rooftop operations area and ramps or elevators to take vehicles to and from charging areas.

And while it might be possible to fly your own private eVTOL aircraft to and from other locations, the primary use case of the air taxi will be in a ridesharing mode where approved operators fly to and from approved vertiports only.

To enable safe and efficient air taxi operations, the eVOTL will operate between vertiports as part of a regulated Urban Air Mobility (UAM) transportation system.  The Federal Aviation Administration (FAA) and other similar global airspace regulatory bodies will certify the vehicles, the approved operation procedures, and infrastructure requirements as they currently do for commercial aviation.  Since the initial air taxi operations will be in congested urban environments with busy airports, the coordination between existing aircraft and low-altitude eVOTL aircraft will be critical. With this goal in mind, the FAA and the National Aeronautics and Space Administration (NASA) are actively working with UAM industry partners in the development of Concept of Operations (ConCops) and collaborating on testing and standardization as part of the NASA Advanced Air Mobility National Campaign.  You might also hear of Advanced Air Mobility (AAM) which encompasses a larger set of technologies including drones, electric aircraft in other environments, automated air traffic management, and operation of eVOTL vehicles outside of urban passenger operations.

To maximize passenger and cargo load, most UAM concepts are assuming that your eVTOL will be a pilotless Autonomous Air Vehicle (AAV) or a remotely piloted Unmanned Air Vehicle (UAV). It is this aspect that will be the most revolutionary next to the electric propulsion systems that these AAV and UAV vehicles use. However, this will also be the most challenging aspects in terms of vehicle and operations certification as well as incorporation into existing airspace. UAM operations for air taxis, for this reason, will therefore likely require fixed routes to minimize traffic and obstruction issues.  Improvements in the reliability of wireless network communication may also enable the control and coordination of all eVTOL aircraft in the urban air space from a single control center.  Obviously, passenger acceptance of pilotless operations in our skies will be an obstacle to early air taxi demand as it will be with autonomous “robo-taxis” on our roads.  EHang has recently been granted permission for the first AAV trial flights in Japan in June of 2021.

So, when will you first be able to hail an eVTOL air-taxi at your local vertiport? Most eVTOL firms plan to begin vehicle certification in the “next few years,” and the FAA and NASA involvement seem to support that timeline.  But the larger challenge will likely be the development and testing required for the integration of AAVs into our existing commercial and military airspace control systems.  2030 might be a good bet, but the UAM growth is expected to be rapid.  According to an often cited UAM report from Morgan Stanley  the Total Addressable Market for the UAM industry will grow to $1T by 2040 and $9T by 2050. So while this Jetsons future isn’t exactly hovering right around the corner,  we’ll very likely be seeing air taxis rise to the occasion in the decades ahead.