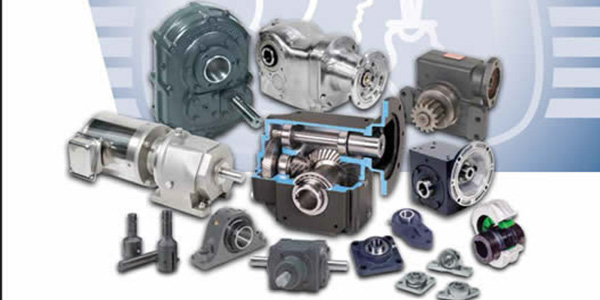 From its 1892 beginnings in Aberdeen, S.D., as a repair shop for farm implements and steam-powered equipment, Hub City, Inc., has had the drive and responsiveness to negotiate every turn in the road to success. Through numerous transformations – which included being a manufacturer of repair tools for internal combustion engines, tractor fixtures, aircraft parts and engine replacement components – to becoming a major supplier of gear boxes and power transmissions, the company has made the grade.By the time of its 1992 purchase by Regal-Beloit Corporation – a global supplier of power transmission equipment, cutting tools, electric motors and generators – Hub City had built its reputation among customers in materials handling, packaging, medical equipment, food processing, transportation, construction, aerospace and marine applications. Along the way, the company had undergone several name changes, expansion through product growth and acquisition, and a fire that destroyed most of the Aberdeen facility nearly 30 years ago.

Driving from the Start

When Ansel T. Green opened his repair shop for farm and steam-powered equipment in Aberdeen in 1892, he probably had no idea that it would grow into the quality manufacturer known today as Hub City. Yet from the first, the shop took on speed. In 1901, it began manufacturing well-drilling equipment, and further expansion was on the way as those newfangled inventions, automobiles and trucks, increased in popularity. In 1906, it became known as Hub City Iron Works, and by the mid-1920s this company was making tractor replacement valve guides. The company continued to grow during that decade as tools became necessary to repair the ever-sophisticated internal combustion engines.

Hub City’s growth continued in the 1930s – a time in which the company added new products such as valve seat installation tooling, machines for babbiting bearings, connecting rods for engines, special fixtures for boring tractor cylinder sleevers and special tooling for the Ford Model A and early V8 engines. World War II brought still more growth; Hub City became a key manufacturer of replacement parts for jeeps, tanks, aircraft and other military equipment. Replacement components served as a major growth engine for the company in the post-war years as well. In 1956, Hub City began making gear boxes, setting the company on the course it still follows today.

During the 1960s, the company continued on its growth pattern as a holding of Lancaster Corporation, which renamed the company Safeguard Scientifics. By 1972, this division had been renamed Hub City; in that year, the Aberdeen facility was hit by a fire that destroyed its main offices, assembly area, job shop, finished-goods warehouse, shipping and receiving areas. But the company recovered quickly, building a 125,000-square-foot manufacturing facility the following year, opening a new office building in 1974 and building a modern gray foundry in 1978.
Having successfully recovered from what could have been a disaster, Hub City carried on growing throughout the 1980s. Acquisitions brought the company the locations in South Dakota, Texas, Canada, Georgia and Indiana. Along with being the company’s 100th anniversary, 1992 brought Hub City’s purchase by Regal- Beloit – and the basis for the continued growth that has marked the company’s business throughout the past decade.

The network of assembly distribution centers continues to be a great strength of Hub City operations. Another strength is its engineering capabilities, which have given the company an edge over the competition in understanding and meeting its customers’ needs, and providing cost-effective solutions that work. Taking one example, Hub City provided extensive engineering support and more than 1,800 custom-built gear drives to help develop Solar One, the world’s first solar power plant, located in the Mojave Desert.

Plus, Hub City has used its custom expertise to produce one of the industry’s most extensive lines of standard products. The company produces and markets a huge range of worm-gear, bevel, parallel-shaft and in-line speed reducers; mounted bearings; and the Mina-Gear(tm) subfractional-horsepower gear motors.

Thanks to its broad network of assembly distribution centers, Hub City can offer customer service that other manufacturers find hard to match. The company can assemble both modified and standard products within 24 hours after receipt of an order. It can also offer quick turnaround on custom components and prototypes. In many cases, Hub City will have a prototype in the customer’s facility before its competition is done with a quote.

Typical of the cutting-edge innovation that has become synonymous with Hub City, the company has just launched a new helical bevel line. This product carries power ratings of from 1/4 to 55 horsepower, an output torque of 38,000 inch/pounds, ratios from six to one through 3,000 to one and output speeds ranging from 0.5 revolutions per minute up to 280 revolutions per minute.
In its product literature (accompanied by the tag line, “Leading the Way…the Hub City Way), Hub City says it takes “great pride in our ability to handle any order, large or small. When you work with Hub City and your Hub City distributor, you’re assured of a commitment to provide excellent customer service, outstanding quality, fine workmanship and timely delivery of all Hub city components.” And, just in case you’re wondering, the name Hub City is derived from Aberdeen’s designation at the hub city of northeastern South Dakota – the place where it all comes together in this relatively rural area.