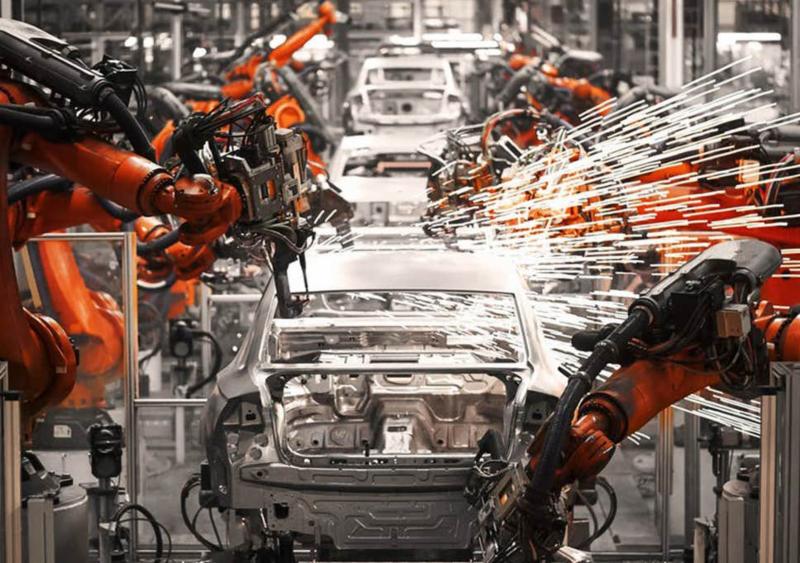 Like its immediate predecessor, this morning’s Federal Reserve release on inflation-adjusted U.S. manufacturing output made clear how the recent strike at General Motors have grossly distorted the latest results, as well as how Boeing’s mounting 737 Max aircraft safety woes remain difficult to identify from these production statistics.

First, let’s look at the overall numbers. According to the Fed, constant dollar American manufacturing output in November jumped sequentially by 1.15 percent. That was the best such increase since October, 2017’s 1.36 percent, and quite the turnaround from October’s 0.70 percent monthly drop-off (which was revised slightly downward).

These figures still left domestic industry in a recession, but not much of one. Since July, 2018, its price-adjusted output is down by 0.14 percent.

But the big role of the GM strike’s end in November’s turnaround couldn’t be clearer. In October, combined U.S. combined vehicle and parts output sank by 5.98 percent after inflation from September’s total. That decline was considerably less than the 7.65 percent nosedive reported last month, but still the worst such performance since the 7.18 percent decrease in January.

Last month, however, thanks to the return of the striking workers, real automotive production skyrocketed by a whopping 12.45 percent – the best monthly performance since the 29.95 percent surge of July, 2009 – as the last recession (which was especially woeful for auto and parts makers) came to an end.

Another way to look at the automotive effect: Without the GM strike, October’s 0.70 percent overall manufacturing after-inflation production decrease would have been a much better (but by no means great) 0.28 percent decline. And without the GM strike’s end, the 1.15 percent jump in price-adjusted manufacturing output would have been only 0.25 percent.

But the impact of Boeing’s safety troubles is as unclear as those of the GM strike are obvious. In November, American aircraft and parts production rose another 0.40 percent on month in real terms. Moreover, since March (when governments around the world began grounding the 737 Max or banning it from their airspace), such production is only down a total of 0.34 percent. Since April (the first full data month since that March flood of bad news), it’s actually up by 2.32 percent.

Therefore, as has been the case recently, the aircraft sector as such has kept outgrowing many of the biggest industries making up its domestic supply chain (which extends way beyond finished parts and into the materials they’re made from). Here’s how these big supplier industries’ output has changed since April, with the overall manufacturing sector’s performance and that of the durable goods super-category in which most are found included for comparison’s sake:

The above results also indicate that at least some of the economy’s biggest metals-using industries still lack the relative production strength they displayed for the first several months after steel and aluminum tariffs were imposed in March, 2018. Here are their latest numbers from April (the first full data month affected by these levies) through November, also with the overall manufacturing and durable goods results included:

One interesting bright spot apparent from the above – a nice improvement for production of major appliances, a sector that’s been dealing since February, 2018 with an additional set of product-specific tariffs. But in machinery and fabricated metals products in particular, where output tends to be less volatile than it’s been in automotive and appliances, recent performance clearly has been worse than that from April, 2018 through, say, this past January:

Will the new “Phase One” trade deal announced with China make it any easier to gauge the impact of tariffs on most of the imports heading to the United States from the PRC? That’s already been difficult enough, because Chinese products have been used so widely, and to such varying extents, as inputs for so many manufacturing industries). And chances are this challenge will become more difficult, given both that it’s far from clear when follow-on talks will begin; and given Treasury Secretary Steven Mnuchin’s suggestion that the next phase may consist of many different phases.

Surely adding to the complications will be the Boeing effect, which seems certain to start appearing more conspicuously in the data now that the company has announced that 737 Max production will be suspended starting next month, as well as its failure to say how long the halt will last.

So just about all that can be said for sure is that domestic manufacturing had a good month in November – however unclear it remains whether this improvement has legs.