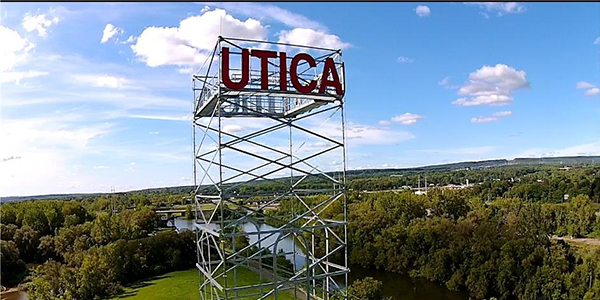 Founded in the late 1800s to make hand tools, Utica Corporation of Whitesboro, N.Y., has now gone full throttle into a more powerful marketplace. Today, the company manufactures compressor, turbine and fan blades for the gas turbines used in the engines that power modern aircraft and that generate electricity in power stations.

After its purchase by UC Acquisitions in 1995, Utica has seen $21 million invested in its facilities, including $3.5 million for plant consolidation. By focusing on lowering costs while raising the bar on efficiency and capabilities, the company has netted a handsome return. Utica has grown 10 percent each year in the last four years, and is now a $46 million business. Through new acquisitions and planned, strategic growth into other types of turbine manufacturing and diversification, the company plans to go even further into the global marketplace.

“We’re unique because we forge and machine under one roof,” says Jim Davis, vice president of sales and marketing. “We have competitors that forge and others that machine, and Utica does both. This streamlines the communication between our operations and with the customer, and allows for better cost efficiency.”

Generating Growth
The heavy investment into its plant has propelled Utica into the manufacture of new products, such as the five-axis, high-speed machining of oversized forged compressor blades. “We’ve built that into a $4 million product line in less than two years,” Davis says. “The potential is close to $10 million with the current equipment capacity.” The manufacture of these blades, used for power generation, places Utica at a different point within the market, he adds: “Traditionally and historically, we’ve been on the turbine side of the engine. Now we’ve opened up the opportunity on the compressor side. What the new equipment gave us was the opportunity to do everything faster. The five-axis machining allows us to be more competitive.”

Utica has purchased a $750,000 ELB dual-wheel, creep-feed grinder from Germany for turbine blades, with delivery slated for November 2001. This added capacity, when fully used, will yield about $4 million in additional annual revenues. “We have also purchased a Metabo robotic polisher to polish airfoils,” says Davis. “Presently, that’s done by a skilled polish operator, which is labor intensive. The savings will be realized in throughput and product quality. The intent is to yield a more consistent part in less time.” Other capital programs include working with the New York State Energy Research & Development Authority (NYSERDA) on induction heating and other energy conservation projects.

Originally, Utica was known as Utica Drop Forge and Tool Corporation. At the start of World War II, most of its production was tools and wrenches. During the war, employment quickly rose from 130 to 535 as Utica began to manufacture armor-piercing parts for shells and other special tools for the war effort. The company produced the first turbine blades in the United States for Frank Whittle’s new gas turbine engine. This blade work profoundly changed the company, and the tool division continued to develop until it was sold to Cooper Tool in 1961.

Utica began pioneering the making of blades and vanes in the United States in 1943 for U.S. manufacturers of gas turbines, initially for General Electric. By 1951, this production had grown to the point that the company needed a larger facility. In 1956, the company was sold to Kelsey-Hayes (Utica’s Metals Division gave its name to UDIMET, now a trade name used by Special Metals Corporation) in Detroit. By that time, its capabilities featured materials production, forging and machining. Two decades of steady growth in the manufacture of compressor and turbine blades followed. Other activities were either sold or relocated elsewhere in Kelsey-Hayes.

Upon being purchased in 1995 by UC Holdings, Utica launched substantial investments in upgrading, renewing and purchasing equipment. In 1996, the company consolidated its two plants, located about three miles apart, into one forge-and-machine facility consisting of 240,000 square feet and located 40 miles outside of Syracuse, N.Y.

Today, Utica employs more than 370 people, who specialize in the manufacture of high-performance components from metals like titanium and nickel alloys that are very difficult to shape. Typically, these components have complex three-dimensional forms, and require tight tolerances and demanding metallurgical properties. Fan and compressor blades (which rotate) and vanes (which are static) are made for the cooler sections of the engines. Turbine blades — supplied in castings to Utica — are used in the hot sections. Small hardware components similar to blisks and discs are forged from high-temperature alloys.

Air Power
Utica presently serves two markets, namely gas turbines for aircraft engines and gas turbines for electrical power-generating stations. Products for these markets include fan and compressor blades, turbine blades, fuel nozzles and other highly specific components. Gas pipeline pumping, using large rotary compressors, is another market. The North American market accounts for 60 percent of its business, with the rest coming from Europe. Its customers include industry giants such as Siemens-Westinghouse, SNECMA, General Electric, Pratt & Whitney, Rolls-Royce, Alstom and FIAT. Utica supplies the majority of the fan blades for the highly successful CFM 56 engine program of CFM International, the GE/SNECMA consortium. The company’s fan blades are used on the Boeing 737; the CRJ 200 regional jet made by Bombardier; the A319, A320 and A321 from Airbus; and on U.S. military aircraft.

By being a leader in its field, Utica consistently has had to respond to market trends, including the march toward globalized business, with a stringent eye on cost efficiency. “We have to be cost-competitive to keep existing programs and, equally important, to win new ones,” Davis says. “Within our manufacturing operation we support SPC, Six-Sigma and lean manufacturing techniques, and bar coding is used throughout the manufacturing process.”

Current trends in the aircraft engine market have included increasing the thrust-to-weight ratio to give the engine more thrust. On the power-generation end, materials have changed significantly from forgings to castings. Davis explains that castings are now preferred because alloys that are castable are those that can withstand the higher temperatures demanded as power-generation companies increase the efficiency of engines. “They’re firing engines at higher temperatures — around 2,300 degrees — and they need cast alloys with protective coatings and serpentine cooling passages to withstand these temperatures,” Davis says. “What we do is the machining of the casting, and this is what the new ELB grinder will do.”

As companies begin to demand more in the way of durable product at lower costs, Utica, says Davis, will keep up its end by providing tough parts that can weather all sorts of conditions. With new capital investments now in place and operational, the company sees many opportunities to leverage its existing capabilities into new areas — the manufacture of engine mounts, landing gear parts, and missile fins, for example — while extending its growth into already established areas, particularly within the power-generation market and in the manufacture of steam turbines blades. Outside growth is also a possibility. “We’re now in the process of looking for growth through acquisition,” Davis says.