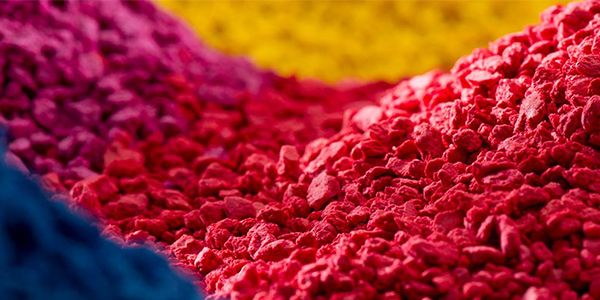 When Marion Composites recruits employees for its manufacturing operations, the notice is part invitation, part challenge. The announcement reads: “We invite qualified technical professionals to join us in providing world-class products for our customers.” Successful candidates join a company that emphasizes team effort in designing and making products known worldwide for quality and value.

A preferred supplier for the U.S. Department of Defense, the aerospace industry and prime contractors, Marion Composites is a manufacturer whose multifaceted business has evolved over half a century. Established in the 1940s as a producer of radomes, the company has grown into an ISO 9001-certified high-technology manufacturer. Today, Marion Composites is a division of Advanced Technical Products, Inc. (ATP), which is located in Roswell, Ga. Other divisions of the component-manufacturing corporation are Intellitec, Lincoln Composites and Lunn Industries. Lynn Pease, vice president of marketing, describes the Marion Composites organization as “well positioned to supply and service customers in each of three product areas – radomes, composite structures and shelter systems.”

Recognizing the critical need for quality assurance, Marion Composites has made the lean-manufacturing approach an integral part of its business. Further, it conducts procedures for X-ray scans, materials testing, electrical testing, inspections and equipment calibration throughout its processes.

Structures for Success
Pease says the company’s current market mix is 85 to 90 percent defense-related, with the balance in commercial. As the world’s leading designer and manufacturer of aircraft nose radomes, Marion Composites has 50 years’ experience supplying aircraft manufacturers. A critical part of an aircraft’s design, the radome (short for “radar dome”) is the transparent housing that shelters the antenna assembly of a radar set. Its specifications typically include aerodynamic shape, structural/environmental reliability and electromagnetic performance.

Marion Composites produces forward, aft, Doppler and wing radomes for tactical, strategic, cargo and commercial aircraft. It uses computer-enhanced manufacturing and testing systems, and has the world’s largest radome electrical test facilities. The company designs and manufactures for current models, upgrades and next-generation craft in the planning stages, and is a member of Lockheed Martin’s Star Supplier team. In recognition of its long history in supplying military contractors, Marion Composites recently was awarded the radome business for the Boeing 737, 747 and 757 commercial airplanes. Another new contract is for the F/A-18E/F aircraft shared reconnaissance pod (SHARP) from Raytheon Technical Services Company.

One of the largest subcontractors for the U.S. Air Force’s Boeing C-17, Marion Composites manufactures flap assemblies, winglets and landing-gear doors for the aircraft; the company is also a Gold Supplier for Boeing. Another recent contract is for composite airframe parts, including graphite bismaleimide skins on the large vertical stabilizer, for the U.S. Air Force F-22 Raptor.

In 1969, Marion Composites became the primary supplier of lightweight mobile shelters to the U.S. government and prime system contractors. The shelters use either honeycomb sandwich or foam and beam panels, and are tailored to each customer’s specific needs. The products include light medium-tactical-vehicle shelters, chemical-biological-protection shelter systems, electromagnetic interference-protected electronic enclosures and lightweight, multipurpose shelter systems. Shelter systems represent the company’s fastest-growing product category, according to Pease.

Marion Composites has provided more than 11,000 tactical shelter systems to U.S. military and international customers. Of the 18 current U.S. Department of Defense standard shelter types, 10 were designed, qualified and type-classified by the company. All of Marion Composites’ shelters are tested, fielded and service-proven in worldwide environmental extremes and combat support conditions. Of particular note, the company was recently awarded a $132 million contract to produce standardized integrated command post system (SICPS) shelters for the U.S. Army.

In addition to manufacturing tactical shelters, Marion Composites has the capabilities to produce complex system installations, including the integration of operating equipment, support subsystems, environmental controls and power generation. An example of this usage is a fully equipped, relocatable hospital that includes an operating room, a ward/ICU, a pharmacy/laboratory, an X-ray, laundry/central material supply and a dental unit.

While noting that certain military projects may be accelerated in the coming months, Pease says Marion Composites’ growth projections are based on fulfillment. “We appreciate the continuing confidence our customers have in us to support their requirements,” he says. “We plan to give them continued quality at a competitive price – and that will not change.”