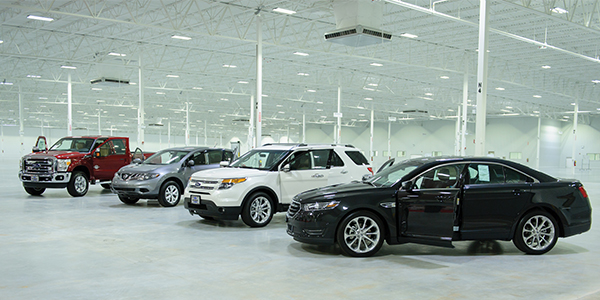 Tom Croteau, Deputy Commissioner of Global Commerce for Georgia Department of Economic Development, discusses the factors behind his state’s diverse and effective manufacturing scene, as well as the statewide efforts they are undertaking to ensure they have a skilled workforce ready in place as more and more businesses opt to reshore their operations within North America.

First, let’s take a look specifically at just how prolific manufacturing currently is in the state of Georgia. Covering almost every industry, the state’s largest manufacturing presence can be found in their food-processing sector, in which over 60,000 people are employed across some of the world’s most prominent food and beverage producers, including Coca-Cola, Anheuser-Busch, Frito-Lay, and General Mills. Transportation is the state’s second largest manufacturing industry, with companies like Kia, Porsche, and Auto Zone operating across the state. Industries like aerospace, with Gulfstream and Lockheed Martin, and heavy machinery, with Caterpillar, John Deere, and Kubota, can also be included among the long list of global leaders choosing to manufacture their products in the Peach State.

“It’s a very healthy manufacturing environment here, with over 90 percent of Georgia’s exports coming from our manufacturing sector,” Croteau says of his state, whose exports mainly go to Canada, China, Mexico, Japan, and the United Kingdom. “You have billions of dollars worth of goods going all around the world across many different industries that have come as a result of the dedicated, skilled manufacturing right here in Georgia.”

One of Georgia’s biggest keys to their sustained success as a major manufacturing hub in the United States has been through its ability to not only consistently engage and listen to the expressed needs of those businesses operating within the state, but to also quickly and efficiently take steps to find solutions to them. So as the issue of ensuring a skilled workforce for the future begins to take hold of manufacturing in the United States and, by extension, many other regions around the world, one will find that they have been ahead of the pack in not only identifying this impending problem, but in taking steps to find solutions to it as well.

When Georgia Governor Nathan Deal took office in 2011, one of the first programs he laid out was the Georgia Competitiveness Initiative, a measure designed to bring state government and the surrounding business communities together to develop a long-term strategy for economic development within the state. “The Initiative sought to improve Georgia’s competitiveness in recruiting and grow its businesses, and we did this by going out to the private sector and asking them, ‘What are some things we can do as a state to help you and your private business thrive and be more competitive?’” says Croteau, whose department led the charge alongside the Georgia Chamber of Commerce. “We received feedback from over 4,000 individuals, and one of the overriding issues for them was the state’s sales tax on electricity and energy,” he says, adding, “so we decided to eliminate it.”

Now, three years later, Georgia’s Department of Economic Development and the state’s private industry are teaming up again through Governor Deal’s High Demand Career Initiative, in response to the workforce issue that could soon plague US manufacturers, as the Baby Boomer generation begins to retire in significant numbers over the next five to ten years.

“We started this initiative with three large statewide meetings that Governor Deal personally chaired himself, with the goal of bringing the private industry to the table again, as well as leaders from our state’s universities, technical colleges, and the Board of Regents,” he says, adding, “What we’re asking these companies in our state is, ‘What are your needs for not only today, but five years, or ten years from now?’ And the resounding response was a skilled workforce that can keep up with the emerging technology and automation all around the world.”

Targeting the educational system as one of the key influencers in this goal, Croteau says the aim is to both generate increased awareness and interest in manufacturing careers, and ensure that those who are interested are graduating with the type of degrees and diplomas that speak to the needs of modern manufacturing.

One of the mistakes businesses and organizations can make when confronting the skills gap issue is assuming that there needs to be a single, encompassing solution to it all. The High Demand Career Initiative avoids this by laying out a multifaceted plan that targets students not only at the college level, but those in the early stages of high school, and even middle school. “One of the overriding issues is the younger generation’s relative uninformed to what a career in modern manufacturing is and what it could mean for them individually,” he says, adding, “If you can start to generate interest and awareness at the middle school level and into high school, it will go a long way in shaping how they decide what kind of career they want to undertake.”

One of the steps they have begun to take is the implementation of apprenticeships at the high school level and integrating manufacturing-centric skills into students’ core curriculum. In fact, Governor Deal recently recommended to the Georgia State Board of Education to amend state policy to allow computer programming courses to satisfy core requirements—math, science, or foreign language—for receiving a high school diploma. In a related press release regarding the announcement, he says that it’s predicted that more than half of the projected job growth in STEM fields will be in computing occupations, and training in these areas must begin prior to post-secondary education in order to adequately step in and fill the rapidly increasing highwage, high-skill positions.

Outside of high school, Croteau says that the Board of Regents of the University System of Georgia recently announced a new ‘Manufacturing Engineering’ degree to be made available at Georgia Southern University. “One of the things we heard in consistent fashion from our manufacturers was the need for more engineers on their plant floors, in the areas of manufacturing and also maintenance,” he says, adding, “Even assistant engineers, where perhaps a 4-year degree isn’t required, but the presence of a degree from a technical college could serve to enable them to adequately solve minor technical issues that arise.”

A skilled workforce is essential because as more companies begin to reshore their operations within the United States, Georgia stands as one of the most attractive locations to do so. “The Georgia Department of Economic Development has worked closely with Walmart, via their Made in America campaign, in assisting them in showing their international suppliers the significant benefits of moving operations back to the U.S., or rather helping those already in the U.S. grow their business even more through our state.” With a looming influx of new manufacturers, Georgia’s need for a skilled workforce in place is particularly essential compared to other states.

And they’re well on their way. “We are working to keep Georgia the number one place in the nation for business and we must have a strong education system that responds to the needs of companies across our state in order to do so,” said Governor Deal in a recent press release. Croteau, echoing his words, concludes, “The High Demand Career Initiative is a great platform to achieve this, and through its collaborative approach, our state is poised to excel and welcome, with open arms, the future of manufacturing.”

Mr. Croteau joined the department in 1996 and has worked in a number of other capacities within the agency, most recently as Division Director of Projects, Global Commerce. Recent company locations or expansions he has assisted with include Pilgrim’s Pride in Douglas-Coffee County, Medline Industries in Lithia Springs-Douglas County, Dollar Tree in Savannah, DeWaffelbakkers in McDonough-Henry County and Starbucks in Augusta. Prior to joining GDEcD, Mr. Croteau worked in the economic development divisions of MEAG Power (currently Electric Cities of Georgia) and the Metro Atlanta Chamber of Commerce. He has also worked for Ernst & Young and the Florida Chamber of Commerce.

Mr. Croteau holds a degree in Economics from Florida State University. He lives in Roswell with his wife Suzanne and their three children.