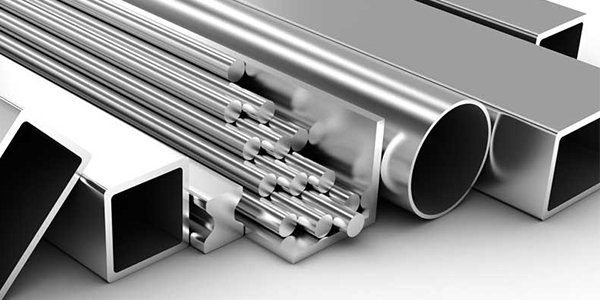 Schlosser Forge Company was founded in 1970 by its present board chairman, Phil Schlosser, with five employees, a forge hammer and a ring mill. “We don’t want to necessarily be the biggest. We want to be the best” has been one of the many pithy credos of the founder, who has led the firm to a prominent global position as a supplier of seamless rolled rings and open die forgings to the rigorous specifications of the aerospace, power-generating and petrochemical industries.

Today, Schlosser Forge is still a family-owned business and employs more than 330 people in a facility with 220,000 square feet of production space in Rancho Cucamonga, Calif. A 100,000 square-foot addition is about to open at this site. The company’s extensive machinery and equipment inventory is the result of a policy of reinvesting earnings in facilities and equipment (more than $45 million from 1996 to 2002). Schlosser Forge has recently announced further plans for capital investment, including the expansion of its ring-rolling capabilities. The new mill will be one of the world’s largest and most powerful, and will be an effort between Schlosser Forge and SMS Wagner-Banning. In addition, the company’s plans call for increased machining and heat-treating capacity.

On hand is a wide range of advanced designs in hydraulic presses and ring mills backed by cutting-edge electronics, including programmable touch-screen computer systems that complement an impressive blend of traditional blacksmithing skills and groundbreaking technology. Schlosser’s impressive customer list includes world leaders such as Rolls-Royce, Pratt & Whitney, General Electric, Samsung, Kawasaki, MTU and Volvo. This high-powered roster is the result of another of Chairman Schlosser’s mottoes: “Grow to surpass the needs of our customer, maintaining the highest-quality product, excellent service and on-time delivery.”

Certified Excellence
Schlosser Forge’s forged rings, measuring up to 15 feet in diameter, are the products of a seamless rolling process that imparts a durability unattainable with other technologies. The rings are used extensively in the air-frame industry, jet engines, aerospace vehicles and commercial products in which reliability is paramount. The company’s certification to the strict standards of ISO 9002 and the National Aerospace and Defense Contractors Accreditation Program (NADCAP) proves its manufacturing excellence. The latter has been called “the highest assurance of quality on earth and beyond” by its administrator, the Performance Review Institute.

The company’s electronically controlled hydraulic presses perform precision duplication during the upsetting, punching and saddling operations, and afford complete control and consistency in the forging process. Its ring mills include the most sophisticated radial-axial types, which produce high-precision forgings using the most modern electronic controls in the industry, including non-contact laser technology.

Schlosser Forge’s staff of professional inspectors is fully equipped with state-of–the-art equipment and tools, including the LK Model G80C Microsoft Windows-based coordinate measuring machine and the Renishaw Probe system. All forms of non-destructive and mechanical property testing are conducted in the Schlosser Forge plant.The company’s in-house machining capabilities, using both manual lathes and its numerous CNC lathes, enhance its total control over the production and finishing of quality forgings. In addition, the company has the engineering power to customize a manufacturing process to maintain even more control of specific part requirements.

Electronic data exchange provides a maximum awareness of, and prompt response to, customer updates. The system also assists in the transmission of engineering data, enabling a timely response to customer requirements. The company has earned a reputation of being able to take on the toughest forging jobs with complex contours and exotic materials. Chairman Schlosser, being a metallurgist, is credited with the company’s capacity to offer a wide range of materials including stainless and alloy steels, nickel-base high-temperature alloys, titanium, copper and specials like silver, tungsten, molybdenum and columbium-based refractory alloys. “The words ‘can’t do’ are not in our vocabulary,” says Schlosser.

The Art of Service
One of Schlosser Forge’s main methods of providing efficient, responsive customer service is its cell concept of manufacturing, which it has developed into an art form. Each of its forge units is a cell consisting of press, furnaces, ring mill, ring expander and/or shrinker, material handling and tooling. In addition, each cell has its own blacksmith and quality process controller.

The function of the cells is to maximize product value while maintaining the highest quality standards. The concept also extends to the customer and manufacturing-support personnel, who are organized into multifunctional, co-located work cells. Each of these consists of inside and outside sales personnel, estimators, metallurgists, quality analysts and order planners. Schlosser Forge continuously pursues key cost saving initiatives including nearly net-shaped contours and advanced machining techniques.

Realizing that value is a major concern for all of its customers, Schlosser Forge is one of the few firms in the industry to maintain a full-time cost-reduction department, which is headed by engineering experts who are responsible for maintaining product value during the manufacturing process.Manufacturing efficiencies, allocation of time and materials, and alternate design considerations are all important factors in the pursuit of value. The latest technologies and computer-driven enhancements are used to attain cost reduction and production efficiencies. A full-time research-and-development department dedicated to cost reduction has paid big dividends to Schlosser Forge customers by enhancing product value, increasing yields and thereby helping them to stay competitive.