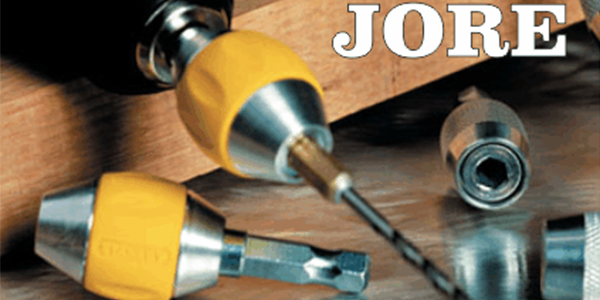 Jore Corporation’s meteoric growth is due to its focused innovation creed and successful partnerships with legendary names.

This company aims high and never misses its mark. Its revenues in 1996 were $9.7 million and, just two years later, it pulled in $44.9 million. With a growth rate in 1997 of 144 percent and 81 percent in 1998, it boldly states that it expects a minimum annual growth rate of 20 percent over the next five years. Sounds impressive. The company must have quite an extensive business history, right?

Well, not exactly. Headquartered in Ronan, Mont., Jore was started in 1990 by entrepreneur Matthew Jore while he was still a student at the University of Montana. He designed, patented, manufactured and began selling a screw holding and driving device. Just 13 years later, Jore Corporation is now considering far-distant international horizons. How did this all come about in slightly more than one decade?

Jore took an old technology to a higher level of productivity. “The technology that’s now in place for drill bit manufacturing has been around for nearly 50 years, and nothing has been improved on it in all that time,” says Mike Hibbison, marketing director. “It’s a very manual process. About three years ago, we were forced into drill bit manufacturing because of all the drill bits we were using. Our suppliers just couldn’t keep up with our needs.”

So Jore personnel packed their suitcases and traveled throughout the country, to Europe and to China to discover how other manufacturers were processing drill bits.

“We were a high-tech company and we wanted to see how we could improve on drill bit manufacturing without merely duplicating what was already out there,” says Hibbison.

Jore’s high-tech and proprietary drill bit-manufacturing process employs less handling from raw material to final product. “We’ve taken all of the processes and incorporated them into one machine process,” says Hibbison. “Simultaneous processes decrease cycle times and increase quality. This cost saving is passed on to the consumer.”

Jore is only one of many drill bit manufacturers nationwide. Having been a manufacturer within this category for a mere two years, Jore has already distinguished itself as the No. 4 manufacturer in terms of volume. “A lot of this is credited to our quick-change, or speed-lock, product,” says Hibbison.

One of Jore’s most important products, accounting for the company’s extraordinary growth, is its quick-change system. “We are innovators in this category and we are also the leading manufacturer in the industry,” says Hibbison.

Founder Jore invented the quick-change product, which eliminates the need for rechucking when changing from one drill or screw bit to another. “You don’t have to tighten it or loosen it when you change from drilling to driving, for example,” says Hibbison. “This is really a system, because there are so many products that can be used in that quick connector. So you really have to be able to manufacture all of the components for this system to really be in this industry. And we do manufacture all of them.” Jore has sold millions of this quick-change product in the short time since its invention a few years ago. “We actually promote giving the quick connectors away because we want customers to buy our drill bits, screwdriver bits, wood-boring bits and all of our other related products that go into that chuck,” says Hibbison.

Some of the legendary names Jore is associated with include Black & Decker, Home Depot, Makita and Sears. Jore products are marketed by these companies, who then sell them under their private brand-name labels. Jore also has its own sales force marketing its products. “About a year ago, we began selling to retailers because they like dealing directly with the manufacturer instead of a middleman,” says Hibbison.

“We recently won a line review with Home Depot, who will market and sell 40 SKUs (stock-keeping units) of our products in all of their stores,” he adds. Jore was invited by Home Depot to participate in the line review, which included manufacturers of the quick-change product. Jore also acquired an exclusive license to sell power-tool accessories under the Stanley® brand in North America.

All of this activity takes place within the company’s 300,000 square-foot mountain-view facility employing 650 people. Jore’s in-house manufacturing capabilities include drill-bit grinding, high-speed machining, injection molding, die casting and metal forming and stamping. “We also do a lot of our own plastic injection molding and blow molding primarily in manufacturing our plastic tool-carrying cases,” says Hibbison.

Jore is well positioned to accept its self-imposed challenge: to begin serving the industrial market. “The industrial market is larger than the retail market and we can see some really great opportunities there for us,” Hibbison says. “This market has been pretty much untouched by the quick-change product, which is unusual because this is an area where companies can utilize this product to achieve great savings in time and cost.” Jore is investigating the automotive and aircraft industries as it begins its industrial market expansion.

The quick-change product has been good to Jore. “This product really took off through Sears, which has been a great partner for us,” Hibbison says. “Sears has invested a lot in marketing this product. Along with us, they supported this category and helped us get this product off the ground, and they helped the product achieve the popularity it enjoys today.”

Tooling for the Future

Hibbison adds that Jore is developing “some real exciting stuff that we can’t talk about right now. It’s all ancillary to power-tool accessories, but we have to keep all of that under wraps at this point.” The wraps will come off at next year’s National Hardware Show in Chicago, when Jore personnel will introduce the company’s newest products to the world of do-it-yourselfers and professional craftsmen.

In the meantime, the company plans to expand its manufacturing capabilities on its current product lines by 30 percent within the next year. Jore expects to have sold about 120 million drill bits by the end of 2001. “By the end of 2002, we also expect to be the largest manufacturer of drill bits,” says Hibbison. “As the industry leader, we will be selling to all the major players in the retail market.”

Hibbison also notes that forging into the industrial market takes longer than it does in the retail market, and that the process could take up to three years. Jore plans to use its formula for success to conquer new territories in the industrial market. “We’ve only started these efforts within the past few months,” he says. “We are currently talking with companies like Boeing, Ford and GM as we plan to supply them with our products.”