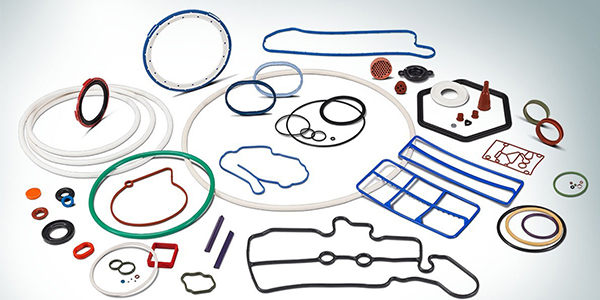 They may look pretty familiar, but today’s seals and sealing devices are vastly different from what they used to be. Look just beneath the surface of a modern o-ring, for example, and you’ll find performance and reliability characteristics that were thought to be impossible only a few years ago.

The same can be said for Parker Hannifin’s Seal Group, a leading supplier of hydraulic and pneumatic sealing devices – as well as electromagnetic interference (EMI) shielding and thermal management products – to some of the world’s biggest and best-known manufacturers of aerospace, automotive, medical, semiconductor and other industrial products. The Parker Seal Group, a subset of its parent company, Parker Hannifin Corporation, has spent the past few years tooling up for the changing demands of its seal customers. And now, as these customers begin to demand more highly engineered products with improved physical properties, Parker Seal Group is ready to deliver.

The New Look
“The face of the Seal Group has changed,” says Promotions Manager Mark Halloran. “In the past, people knew us as an established company with a great deal of experience in sealing, and that’s great. But it sometimes led to the perception that we’re an old-line company with just a few types of seals and gaskets. The truth is, we’re innovators with an extremely broad product line. We’re the resource people can turn to when they need a new sealing solution.

“It’s a great combination,” Halloran continues, “because our manufacturing and engineering experience has allowed us to introduce some exciting new technology that meets the sealing challenges of today and tomorrow.”

The signs of this focus on innovation are evident in the group’s recent introduction of new, high-performance products like Parofluor ULTRA™, a line of sealing materials designed specifically for semiconductor fabrication, chemical processing and other extremely harsh operating environments. Parofluor ULTRA™ materials are designed to offer unparalleled temperature and chemical resistance and ultrahigh purity in these environments, Halloran says.

A new integrated piston seal product – which combines a piston, bearing and seal into one convenient assembly – is another example of the group’s ability to continually develop new sealing solutions.

Designs on Service
The Parker Seal Group’s focus on the technology of sealing has led to its offering of some innovative services as well. Through the use of powerful computers and special finite-element-analysis (FEA) software, Parker engineers can simulate a seal’s performance in a variety of media, temperatures and pressures. This capability eliminates the need for costly tooling, speeds the production process and ensures the selection of the right sealing material and geometry for an application.

And then there’s inPHorm™. In 1994, Parker introduced its first version of this seal-design and material-selection software package for o-rings. Since then, the software has been updated to include all Parker Seal Group division products, including its EMI shielding and thermal management products. The new TOTAL inPHorm™ was released in late 1999, and is available free of charge from the group’s product information center by calling (800) C-PARKER.

“inPHorm™ has become a very important tool for both Parker and its customers,” Halloran explains. “Our customers love the fact that this software brings seal design to their desktop. And we love the fact that we can provide them with a tool that makes their job a little easier.”

Occasionally, there are complex or unique questions that can’t be answered by inPHorm™. For these, Parker offers a team of experienced applications engineers. These engineers work with customers to determine the most reliable and cost-effective solutions to their sealing problems.

“They (Parker applications engineers) are a resource that our customers often count on to help them get the job done,” Halloran says. “They make sure customers are getting the seal performance they require, and that they’re not going to production with a seal that’s over- or under-engineered.”

Westward Bound
The Parker Seal Group was established in 1943, and was originally located in Cleveland. In the 1950s, it moved to a Parker o-ring manufacturing location in Lexington, Ky., and later to Culver City, Calif. As the group grew in size and sales, it moved its headquarters to Irvine, Calif., where it currently resides.

Like the rest of Parker Hannifin Corporation’s groups, Parker Seal Group is organized into divisions. These divisions are independent operating units, each with a unique competency in a specific product or market. The divisional structure allows for close interaction with the customer, and fast response from experts with extensive knowledge of their products and related industries.

The Seal Group today is comprised of 10 domestic and four European divisions, which manufacture everything from o-rings and molded shapes to polytetrafluoroethylene (PTFE), metal, composite, extruded, cut and fabricated seals. Parker’s Chomerics, EMC and TEC divisions are suppliers of EMI shielding and thermal management products to some of the world’s leading makers of cell phones, PCs and other electronic equipment. The Seal Group’s products are manufactured in 48 different locations in nine countries, and are available through a network of more than 200 distributors.