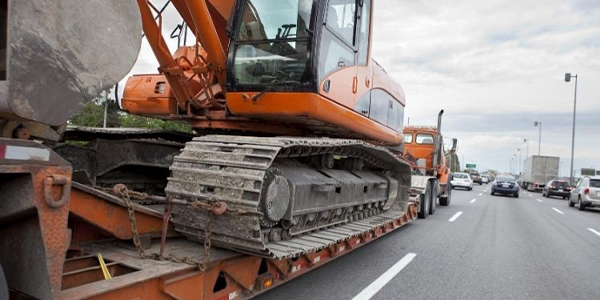 Although its corporate roots are deeper than a decade, D.O.T. Tiedown considers 1996 the year the modern corporation was born. And this year, after employees bought the company from a French conglomerate, marks a sort of re-birth.

“We’re doing very well as a completely employee-owned company, able to respond quickly to market conditions and looking forward to a strong future,” says President and CEO Anthony Morgan. D.O.T. Tiedown is actually two companies with a symbiotic tie: Half the company (the first half) is the Airline Container Leasing division, which supplies the airline industry with cargo containers and FAA-certified aluminum pallets for moving cargo. The other half, D.O.T. Tiedown, designs and manufactures cargo control products – tie down straps, belts, nets and webbing – used to secure cargo in the airline, trucking and maritime industries.

“We’re probably the only vertically integrated company that does both of those functions,” Morgan says. “We certainly have competition in both areas, especially from Chinese manufacturers in the textile end, but by positioning ourselves closely with the airline industry and focusing on quality rather than the cheapest price, we feel we’re in a good place to prosper and grow.”

Company roots
The company was founded in 1983 as a container leasing operation. In 1983, Alex Nichols started the business in New York to lease cargo containers and aluminum pallets to the airline industry.

“As the company grew, we found ourselves having to spend more and more money buying nets and tie downs,” Morgan says. “We decided if we really wanted to be a one-stop shop, we should manufacture our own.”

Both netting and tie downs, which resemble safety belts, are textile products and the heart of this country’s textile industry is in the Carolinas. So in 1996 when the decision to manufacture tie downs and netting was made, the company built a 70,000-square-foot manufacturing facility on 4.5 acres in Easley, S.C. and moved its corporate headquarters there as well. The company also has several Federal Aviation Administration-certified container repair facilities, including a 30,000-square-foot plant in Oceanside, N.Y.; a 20,000 square-foot plant in Miami; a 10,000 square-foot plant in Chicago; a recently enlarged facility in Los Angeles and a new site planned in Houston.

Although most of the company’s operations are tied to airlines and commercial trucking, D.O.T. Tiedown’s products are also found in several retail hardware stores – Ace Hardware and True Value – mostly in the Carolinas and nearby states. Future plans may include expanding the retail lines to national chains.

Conglomerate cog
In 2001, Nichols sold the company to Vinci, a large French conglomerate with annual revenues in the $16- to $17-billion range. That lasted about four years. In 2005, Nichols and several managers formed a corporate holding company and bought back the company from Vinci. That deal closed in December 2005.

“This year, in the first eight or nine months after we purchased back the company, our profits are up considerably,” Morgan says. “And we expect to continue the trend. If we continue to focus on quality and customer service, we will remain strong.”

Morgan predicts the company will grow 30- to 40-percent per year over the next four years. “And that’s probably conservative,” Morgan says.

Good people are key
Morgan credits a talented, dedicated and experienced work force of 104 employees for the company’s success.

“No matter how good your products are or how competitive your prices are, if you don’t have good people making and delivering your products and services, you won’t get very far,” Morgan says. “We have great people and I want to make sure some of the key managers get mentioned.” These great people are: Mike Shillingburg, Vice-President of Sales; Jeannie Hartline, Controller; Anh Mai, Sewing Department Manager; Ernest Reece, Plant Manager; Juan Valverde, Net Manufacturing Manager, Jim Owens, VP Miami; Tom Tucker COO and Marco Gargiulo, VP New York; Ken Duncan, National Sales Manager, Chris Ludwig, Aviation Global Sales, and Wes Tucker, Production and Operations manager.
“And we have a new addition this year – Anthony Quartararo – who I think is going to make a big difference in this company’s future,” Morgan says.

Quartararo left his position as deputy counsel at the New York State Department of Environmental Conservation in 2005 to become D.O.T. Tiedown’s Senior Vice-President and General Counsel. Quartararo is also a shareholder in the company.

Made in USA
D.O.T. Tiedown takes great pride in the quality of its products and in the fact that they’re made entirely in the United States.
“The trend in our industry is to import cheaper webbing products from other countries, especially China,” Morgan says. “We have a higher pricepoint than many of our competitors, but we also are confident that we have a higher quality product and superior service to offer. Our brand – Quality, Service and Pride – has a lot to do with keeping all our operations in the U.S.”

But that doesn’t mean the company isn’t expanding to other parts of the world. The company is finalizing expansion plans for Amsterdam, the Netherlands, Frankfurt, Germany and Brussels, Belgium, along with other possible locations.

“Keeping the manufacturing operations in the U.S. gives us a much quicker response time than our competitors,” Morgan says. “If somebody comes to us with a custom order, we can turn it around in as little as a few days instead of the 90 days or more it would take from China.”

So, with close ties to both the aviation and trucking industries, the USA-based dual-purpose company is poised for global growth.
“I guess you could say we’re well-grounded but high-flying at the same time,” Morgan says.

“As you know, the trend in our industry has moved from USA-based manufacturing to importing cheaper, inferior webbing products from other countries. D.O.T. supports the USA and proudly manufactures all of its webbing with 100 percent first quality yarns in Easley, S.C. It could purchase the inferior, cheaper webbing from other sources, but the company believes in putting quality of product and quality of life first – “that is why we will always manufacture our webbing products in the USA,” he adds.

The highest quality cargo control products, manufactured with pride in the USA, and unparalleled service: that is what D.O.T. has to offer. The company does not strive to simply make a sale, but to establish value in its products and works to cultivate a long-term relationship with clients. “We believe if you sell on price alone, you have only made a sale, but if you can provide quality and service, as well as a fair price, you have established a long lasting business relationship,” he concludes.