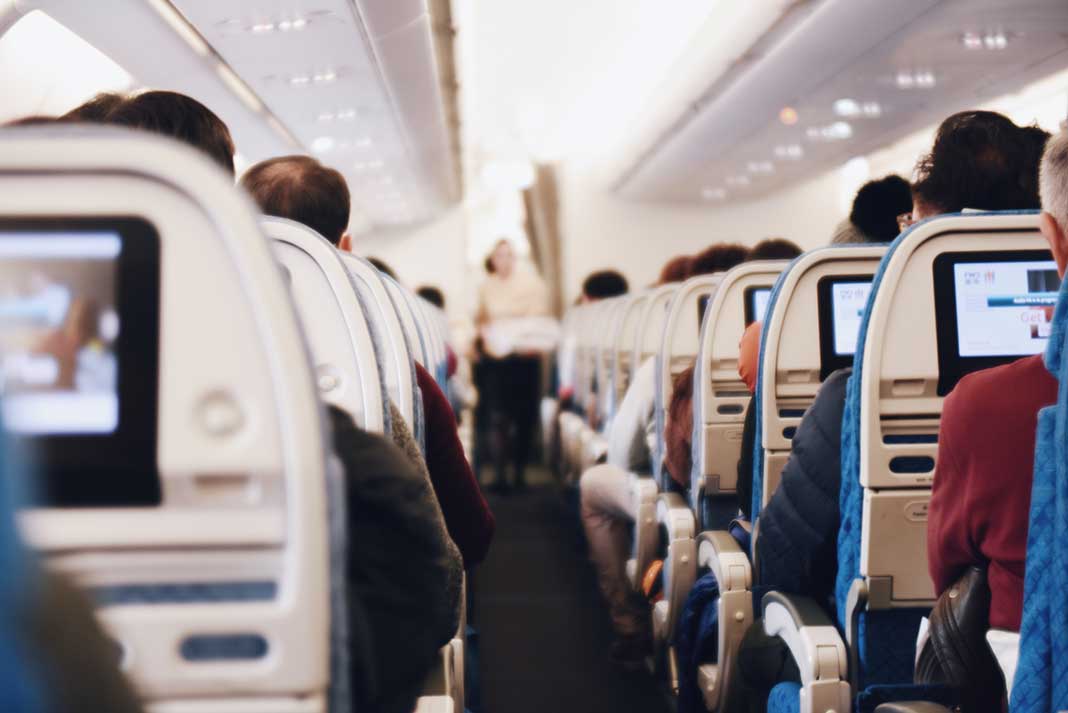 4 changes that will make flying easier in the coming years.

Air travel has undergone a lot of changes, and it continues to do so. But technology is evolving at such a rapid pace, that airlines and airplane makers have a lot to do in order to keep up. It takes nearly a decade for a plane to be ready for its first flight, which puts a lot of pressure on airplane makers to keep up with all of these changes.

Significant changes in aviation happen every one or two decades, and we are now witnessing the development of new software and hardware meant to take the air travel industry to the next level. Experts are working on game-changing innovations, all of which could become a mainstream part of our air traveling experience in the next decade.

Companies such as Air France, Lufthansa and JetBlue are setting up incubation hubs that are meant to help them redesign the future of air travel. And with so much potential for change, they don’t even know where to start.

Below are a few aspects of the air travel industry that could undergo major changes in the following decade.

There is no surprise in the fact that air travel is a significant contributor to pollution. In fact, National Geographic estimated that, if aviation were a country, it would be the seventh-largest carbon emitter in the world. And as passenger numbers are predicted to double by 2050, carbon emissions are expected to rise by 300% by 2050, if airlines and airplane makers don’t do something fast.

In an interesting game of karma, the air travel industry is a known contributor to climate change, but these changes in weather affect the industry as well. Due to high temperatures or intense storms, flights are delayed, runways get damaged, and costs are rising.

Compared to the first jet aircraft, current models produce 80% less CO2 emissions. New generations of planes are expected to be even more efficient and for several reasons. They have improved engines, better aerodynamics and are made out of lghter materials. Lighter planes are burning out less fuel and paired with the use of alternative fuels, efficiency can be improved by 15%, and emissions can be reducer by 50-70%.

Electric planes could finally be ready for everyday aviation

We still have some milestones to pass until electrical planes can finally be ready to take on 200-300 passengers, but the biggest commercial aircraft ever made finally took its first flight in May this year. For 30 minutes, it flew over Grant Country International Airport, cheered by a crowd of spectators.

While the modified Cessna Caravan 208B plane can only hold 9 passengers, it is still a big step for the aviation industry. If it would have been done with conventional fuel, the cost of the 30-minute flight would have been between $300 and $400, but powered by electricity, it only cost a mere $6.

The ability to cut down costs in such a massive way could be groundbreaking for the aviation industry, but experts say we may not be witnessing a full electric long-haul flight for the next 50 years or so.

The coronavirus pandemic is probably the most obvious proof that airlines and travel organizations are not prepared for macroeconomic turbulences. Travel companies were forced to respond quickly to severe changes, including having to shut down most of their activity, but not everyone was prepared with a well-developed contingency plan.

Besides cash reserves, travel companies need to diversify their services and develop a strategy that is going to help them overcome situations such as:

A number of companies, such as Aviation InterTec are constantly working to develop improved software solutions, to help commercial aircraft operators automate their maintenance and management systems. This way, aircraft companies can focus on developing better contingency plans or tackle other issues they might be faced with.

While we all appreciate how convenient it is to cross half the globe in less than a day, travel stress is still an ongoing issue. Never-ending queues that form in airports, slow operating systems that airline employees use and questionable airports security are just a few of the factors that add to a stressful travel experience.

Fortunately, emerging technologies can help airports overcome these issues and transform travelers’ experience into a more pleasant and relaxing one.

Thanks to the Internet of Things and AI, automated checkpoints could become mainstream by 2025, providing a range of new benefits for travelers. Besides sensors and cameras that can monitor passenger flow, IoT can also help airports provide location-based passenger services. London City Airport, for example, is using IoT to alert passengers before flights and provide them with the ability to order food, beverage and retail purchases before even entering the airport.

Airport security is one of the greatest pain points for travelers. But a range of new technologies, such as identity tokens, facial recognition, molecular scanning and robotics could improve security, while at the same time taking away the tedious, yet sometimes dangerous work of airport security personnel.

In order to improve security and provide passengers with more enjoyable travel experiences, airlines need to improve collaboration and become partners, choosing to complete each other, instead of competing against one another.