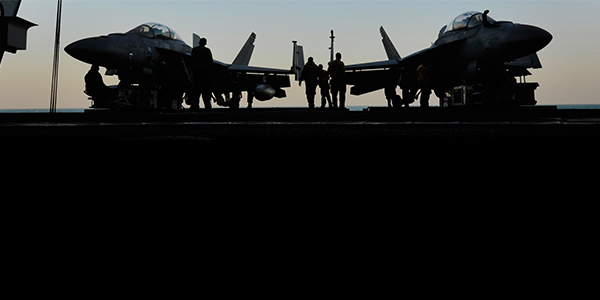 The company began in 1917 as Kearfott Company, Inc. It went through a number of ownership and direction changes during its four-score and nearly seven-year history. In 1952, General Precision Equipment Corporation made it one of its divisions. Singer Company bought the operation in 1968, and in 1987 transformed its mission exclusively to guidance and navigation manufacture. A year later, it became a subsidiary of Astronautics Corporation of America.

Throughout its many changes, however, the company has kept aim on its core strength: providing practical and innovative solutions to address and fulfill the requirements of the most demanding and sophisticated customers. Those demanding and sophisticated customers happen to be, generally, United States and international armed forces, NASA and other domestic and international original-equipment manufacturers that offer service and support to these same organizations.

Kearfott Guidance & Navigation Corporation is headquartered in Wayne, N.J. It operates two production facilities in nearby Little Falls, another in Asheville, N.C., and two more in Matamoros, Mexico. The company boasts more than 1 million square feet in high-tech design and manufacturing space and a work force of more than 1,600 dedicated individuals. Of these, more than 600 are technical employees, including 100 or so who have advanced technical degrees – masters of science and doctors of philosophy in science and engineering.

Teamwork on Display
There is an effective synergy between the parent and the subsidiary. When Astronautics acquired Kearfott Guidance & Navigation Corporation in 1988, the coupling of the Astronautics products – displays and processors – with those of Kearfott, the resources of both organizations provided each other with additional business opportunities. Astronautics and Kearfott are both suppliers and customers for each other’s corporate resources.

Astronautics, incidentally, was founded in 1959. Since the beginning, it has dedicated itself to the design, development and manufacture of displays and computers for aircraft navigational systems, cockpit instrumentation, telecommunication and computer systems, and auto-pilot devices. The abilities and efficiencies of the F-16 and the Mirage jet fighters, the B-1 and B-2 bombers, the C-17, the Blackhawk and Apache helicopters, the Space Shuttle and NASA’s Johnson Space Center are enhanced thanks to the efforts of Astronautics.

More than 80 percent of all the United States’ military aircraft use guidance and display devices that bear the Kearfott or Astronautics brand. The 20,000 aircraft provide the companies with a stable stream of maintenance revenue and the opportunity to upgrade existing equipment with newer, more sophisticated avionics systems that are continuously developed by the Kearfott/Astronautics teams.

Smart Future
Kearfott’s plans for the future include the development of guidance for smart bombs and smart weapons, familiar to the American public since the much-televised accounts of Operation Desert Storm. The Gulf War brought to the fore remarkable advances in warfare technology. Kearfott was part of it, and it will continue to be on the cutting edge in making the guidance equipment for those systems.

Kearfott’s latest invention, the MRLG, will replace single-axis Ring Laser Gyroscopes (RLGs). Gyroscopes are those rotating disks, mechanical in nature, whose purpose is to measure rotational and linear movement without reference to external coordinates. RLGs do the same thing, only with much more reliability. Currently, the company is developing miniature Micromachined Electromechanical Systems (MEMS) technologies for the next generation of smart weaponry. The same technology can and will be used in aerospace navigation.

Overall, the past accomplishments and the future projects of Kearfott Guidance & Navigation Corporation bear testimony to the importance of its work and the quality of its products.