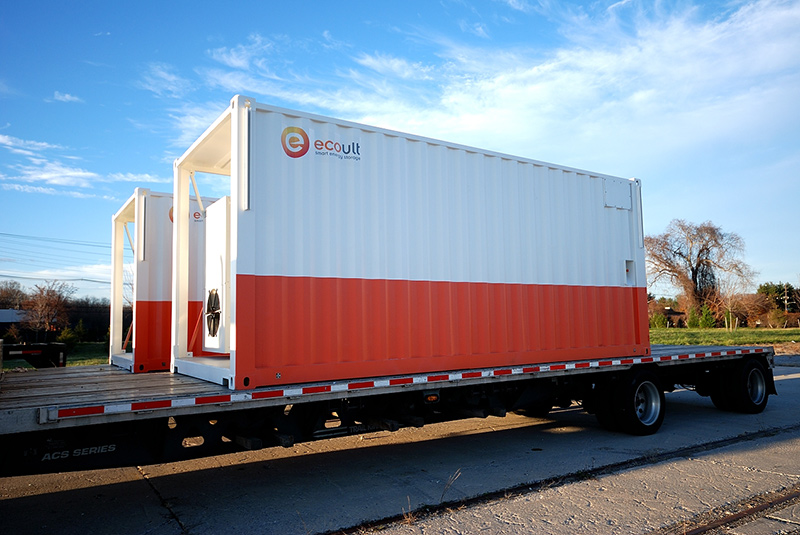 Some companies boast they think outside of the box. By design, Sea Box, Inc. thinks inside it like nobody else.

Specifically, Sea Box designs and manufactures customized logistical solutions by repurposing standardized ISO 24- and 40-feet containers for a range of military and commercial applications. Also called intermodal containers because they are designed to ship by ship, truck or rail, they are modified to serve as personnel shelters, power generation stations, large computer data centers, interim housing units, latrine-toilet-shower shelters, Coast Guard approved berthing vans, portable laboratories and workshops. Or, just about anything a customer can think of to suit any purpose.

A leading supplier of intermodal containers and shelters to the U.S. military (Sea Box earned the 2014 Vendor Excellence Award for Small Business from the Defense Logistics Agency), the company has grown about half of its business to include commercial and industrial markets. “We’re the largest company to specialize in modifying ISO containers,” says Andrew Salerno, director of marketing. “Sea Box is widely viewed as a thought leader with the requisite engineering expertise to take an idea and translate it into an innovative solution for most any shipping, storage or shelter need just about anywhere in the world.”

Indeed, Sea Box has an ISO 9001:2015— ANSI/ISO/ASQ Q9001-2015 certification “for design, manufacturing, engineering solutions, support, sales, rental and modification/ customizing of cargo containers and container- based shelters.” According to Salerno, “It’s a recognition of the quality of our processes and products that makes us a leader in this business.”

Case in point is “batteries in a box”—energy storage in an ISO container that serves as a battery storage enclosure to provide clean and reliable power to the national electrical grid. According to a company news release, largescale use of Sea Box battery storage enclosures, “promotes distribution efficiency, reduced emissions, lower prices and increased reliability.

An additional example is a collaboration with Baylor Global Initiatives and Baylor College of Medicine to develop a Rapid Response Containerized Medical System (RR-CMS). The system comprises three expandable bicon shelters equipped with the latest medical and engineering technology for use on site to treat Ebola outbreaks in Africa. A bicon container application is also the solution for a shower and latrine system developed for the U.S. Air Force.

A bicon container’s walls can expand to triple in internal space, and provide two personnel access doors, one at each end. The advantage is better intermodal packaging and support with an expandable 10-foot bicon container that takes up half the cargo space of a standard 20-foot container but still provide the same footprint when deployed.

Yet another Sea Box innovation is its re-Deployable Air Traffic Control Tower (DATCF), which was initially installed at Van Nuys Airport in Los Angeles, Calif. until its permanent tower was refurbished. The first of its kind solution to ensure an airport’s operational capabilities without disruption to air traffic, the DATCF won a special citation from the American Institute of Architects, as well as an award for technological innovation of a container by the Container Traders and Innovators Society.

The Air National Guard employs Sea Box’s Relocatable Simulation Shelters (RSS) to sup port training simulations. Comprised of sturdy steel frames and insulated steel panel walls, an RSS can be erected onsite in a matter of days at the fraction of the cost of a permanent structure. Also unlike a permanent structure, it can be easily disassembled and shipped for use anywhere else in the world.

Living in the Box

Intermodal container boxes provide more than temporary shelter or operational post. They can be stacked to form term buildings, classrooms or living quarters for short-or long-term use. They can even be used for permanent housing, though Salerno points out that such “container architecture” is a niche that isn’t usually cost-effective for Sea Box unless it is being done for multi-unit developments.

Thinking outside of its own box, Sea Box also manufactures several complementary products for the intermodal industry, including the Intermodal Warehouse System™ (IWS), a stackable steel, cargo carrying platform that securely slides into standard ISO containers at the shipping point and then can serve as a field warehousing system upon arrival at the destination. “For our customers, IWS optimizes efficiency, saves money and increases their bottom line. It’s a truly life cycle product that not only maximizes useable space both within and outside of a container, but it makes inventory control easier, job sites more safe and organized. It also reduces handling time, virtually eliminating the need for heavy equipment, like cranes,” Salerno points out. “This is just one example of how we’re looking to be a total intermodal solutions provider and develop products that complement our containers.”

Sea Box also maintains its own 5,000 squarefoot shipping container testing facility, one of the very few such operations in the United States. The facility houses sophisticated equipment to test the design and structural integrity required to meet CCS (Convention for Safe Containers) certification. These standards include verifying the precise dimensioning of corners consistent with the handling capabilities of standardized equipment to safely transport the containers. Sea Box makes the facility available to any organization that requires testing of their ISO containers.

All of which is why if you need something in a box, you probably need it in a Sea Box.