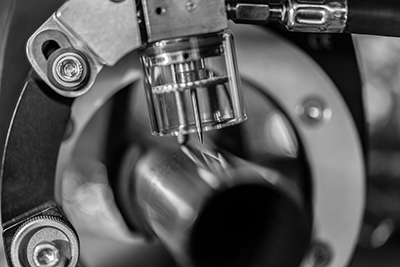 Orbital welding is frequently used in the manufacturing trade, for applications ranging from installing cooling and heating pipes in dairies to welding fuel lines in the aerospace sector. Special emphasis is placed here on the high quality and reproducibility of the welding seams in the interest of occupational health and safety and to avoid possible consequential costs due to deficient processes. “We produce orbital welding equipment for various industries, including the automotive sector or aviation and aerospace,” reports Dirk Kunze, CEO of Orbitalservice GmbH. “The welding equipment and processes have been continuously improved in the past 50 years. Yet there has been no further development of knowledge regarding the influence on the process caused by the electrodes that are used. Only if the function of the tungsten electrode is also optimised can a satisfactory result be obtained for the frequently costly products.” Thanks to the collaboration the Gesellschaft für Wolfram Industrie mbH, the operation and its customers obtain qualified know-how regarding the handling of one of the most important TIG welding components: the tungsten electrode.

While tungsten electrodes are frequently used in welding, their structure, sharpening and alloy have a previously underestimated influence on consistently good product results in TIG welding. A reproducible welding seam is only possible if the electrode quality and geometry are outstanding. “That is why we cooperate with Wolfram Industrie. They offer uncomplicated all-round service for this sensitive and vital process component,” Kunze says. “Our welding equipment combined with a high quality tungsten electrode guarantees flawless results.” Thus the company recommends utilising the services of Wolfram Industrie for the all-important welding electrode: the service portfolio includes the advance evaluation of all process steps and the material to be welded using sophisticated analysis methods. This is done for example through metallurgical investigations and process diagnoses using measuring equipment such as scanning electron microscopes and spectral analyses.

Wolfram Industrie is also able to optimise steps that have only a secondary impact on the electrode, such as logistics and ergonomics for clean room applications or installation work on construction sites. For example, the leeway for optimisation is relatively small in case of customers with established processes, even if the work as such is clearly defined. “When a structural component for aircraft is fabricated, its electrode geometry is a fixed parameter that we cannot change,” explains Matthias Schaffitz, application engineer for welding processes at the Gesellschaft für Wolfram Industrie mbH. “But for newly developed production processes, we can provide our customers with an electrode that meets their requirements in the initial delivery. Here the sharpening, alloy and tip geometry are tailored precisely to the application.”

Electrode resharpening thanks to after-sales service

Electrodes are always subject to wear in the welding process over time and require reconditioning. “Welding is highly complex work and demands great concentration. The welder is often under quality and time pressure,” Schaffitz says. “That is why resharpening the electrode is a particularly unpopular ancillary task. It requires the welder to interrupt the production process as such and to leave the workstation.” In order to continue using the electrode for TIG welding, the tip of the tungsten electrode first has to be cut off with a diamond saw, and then the region that is free of contamination must be freshly sharpened.

Alternatives from the maintenance workshop are usually complicated but nevertheless fail to deliver a quality equivalent to industrially sharpened electrodes. Thus welding operations can significantly reduce strain on their personnel by outsourcing resharpening to specialists such as Wolfram Industrie. Product quality is improved at the same time, since the welder can focus on their core task. Each user receives a case with several electrodes from Wolfram Industrie for this after-sales service. The customer returns the electrodes as soon as they are used up. If the tungsten electrodes cannot be resharpened, the tungsten is offset against the next order. “Handling all working materials responsibly is extremely important,” Schaffitz explains. “That is why we support sustainable processes and return the tungsten directly to the process.” Thus the company avoids bottlenecks due to limited resource availability.

“The development of lasting cooperation is especially important for our customers,” says Kunze. “With Wolfram Industrie, they find a reliable company with a family tradition that has been working with tungsten for more than 100 years, yet is always state-of-the-art.” Wolfram Industrie and Orbitalservice are driving research, for example through cooperation with the University of Bern. They have jointly investigated the behaviour of tungsten electrodes with various gas mixtures and alloys. This wealth of experience also benefits customers in the long term, since it is incorporated directly into pre-sales and after-sales service and support.

“Our goal is to place a greater emphasis on electrode quality, and for the welder to find the optimum tool for his work,” Schaffitz sums it up. “That is a gain for everyone – for us as the electrode manufacturer, but also for the user whose products can be delivered in perfect condition, and at the end of the supply chain naturally also for the end customer.”

About Orbitalservice GmbH
Orbitalservice GmbH was founded in Heimbuchenthal near Aschaffenburg in Lower Franconia by Dirk Kunze in 2008. The company develops products and solutions for all orbital welding technology fields of application. These include for example orbital welding systems, open and closed welding tongs, and turning devices. Custom fabrication and contract welding are offered as well. The company currently has 10 employees at its locations in Heimbuchenthal and Mespelbrunn.

Originally founded in 1911 as Wolfram Drahtfabrik GmbH for the production and processing of tungsten and molybdenum by the great-grandfather of today’s managing partner Marion Freifrau von Cetto in Berlin, the company was renamed to Gesellschaft für Wolfram Industrie mbH in 1928. The company’s headquarters were moved to Traunstein in 1943, where additional production buildings were constructed in the 1950s. After the death of the shareholder Helga Freifrau von Cetto, her daughter Marion Freifrau von Cetto as the owner took over management of the company in 1974. In 1991, the Gesellschaft für Wolfram Industrie mbH acquired the competitor Bayerische Metallwerke GmbH in Dachau that had been active in the market since 1926, thereby expanding its product range. There are currently 57 employees at the Dachau location and 63 in Traunstein. 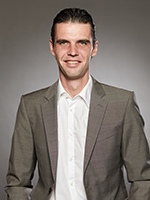 About the Author
Sebastian Freiherr von Cetto, born in 1983, graduated in industrial engineering (FH), is Production Manager and Authorized signatory of Wolfram Industrie. He can be reached at sebastian.cetto@wolfram-industrie.de. 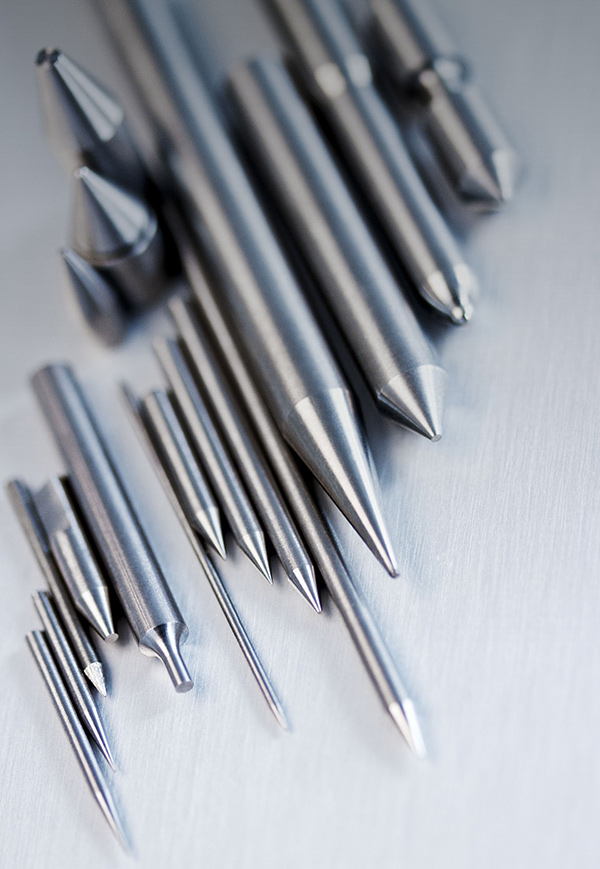 The customer returns the electrodes as soon as they are used up. If the tungsten electrodes cannot be resharpened, the tungsten is offset against the next order. This ensures the sustainable use of this limited material.