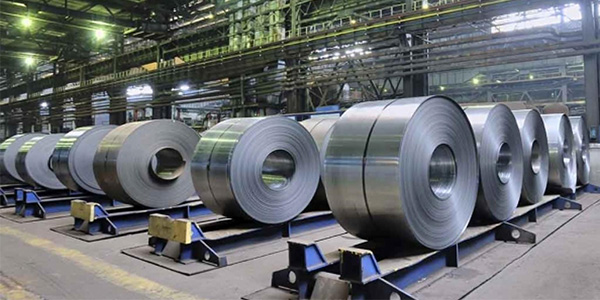 In its 45 years in business, Worthington Industries of Columbus, Ohio, has earned a worldwide reputation as a leader and innovator in the diversified metal-processing industry. To see the $2 billion company in action today, one would never imagine that the business got started in the founder’s basement.

“My father was a salesman in the steel industry,” explains John P. McConnell, the son of Worthington founder John H. McConnell – who took over as chairman and chief executive officer of the company in 1996. “He saw an opportunity to provide a service for customers that large steel mills were unable or unwilling to provide. The opportunity – to provide customized steel-processing services – required discipline and a focus on service and quality.”

Worthington built its business around the process of cutting and reducing steel to a specific size and thickness. These customized coils were then banded and shipped to customers. The company took pride in filling the small orders that the larger mills found insignificant. As one of the nation’s first specialty processors, Worthington quickly perfected its niche and gained the reputation of having the ability to do just about anything with steel. Another reputation quickly stuck to Worthington – it became known for putting the customer first and consistently delivering with quality.

“My dad started this business in the basement of an apartment building with a great vision and operating philosophy, and just $600 borrowed against his car,” McConnell says. “Nearly half a century later, we’re still trying to be true to his vision, and to remain true to his focus on the customer and his insistence on quality.”

Growth came in leaps and bounds for the new company. In 1960, Worthington posted its fifth straight year of profitability, and turned its eye toward expansion. In the following year, which proved to be a milestone for the company, Worthington installed its first rolling mill and thus created a market niche that proved to be its ride to the future. Company engineers custom-designed the new mill to make a steel product that was a cross between hot- and cold-rolled – and the one-pass innovation was born. This one-pass process helped meet the needs of customers that required the consistent gauge controls of cold reduction, but not its high-finish characteristics. The process gave customers steel products with a better tolerance at a more competitive price. It also established Worthington’s reputation as an innovator.

Today, Worthington employs more than 8,000 people and operates 55 facilities in 11 countries. The company is recognized as the world’s premier value-added steel processor, as well as a leader in manufactured metal products such as automotive after-market stamping, pressure cylinders, metal framing, metal ceiling grid systems and laser-welded blanks. It has achieved this leadership position through a steadfast plan of manufacturing excellence, by building strategic alliances and through a commitment to employee relations and customer service.

Focusing on the Core

Over the years, Worthington had diversified into a number of steel- and non-steel-related businesses. By 1999, Worthington had divested the non-core businesses in favor of its core steel operations – actions that were built around a strategic plan that focused on Worthington’s steel-processing capabilities, and that opened the door for corporate growth. As John P. McConnell’s strategic plan took shape, the company invested in two new facilities in Delta, Ohio, and Decatur, Ala. Both of these modern and efficient facilities were designed to reduce the cost of supply through freight elimination and inventory reduction, and to add new, higher value-added capabilities to the company. The younger McConnell’s plan placed the steel-processing business at the hub of the company, with the goal that any new acquisitions would complement that hub.

“The words ‘focused’ and ‘discipline’ may seem overused or clichés in business today. But our success has been built around focus and discipline,” McConnell says. “And our strategic plan, built around our core competency of steel processing, simply allows us to refocus and rededicate ourselves to the things we do best – the things that differentiate us from our competitors.”

One spoke that connects to the steel-processing hub is Worthington’s cylinders business. Acquired in 1971, Worthington Cylinder Corporation is now the world’s leading supplier of pressure cylinders. It operates plants in Brazil, Austria, Portugal, Canada, the Czech Republic and five sites in the United States. Worthington Cylinders makes pressure cylinders for everything from barbecue grills and refrigerant vessels to high-pressure medical oxygen cylinders and helium party kits sold through major retailers. The division is poised for growth in the global marketplace as developing countries rely on liquefied petroleum gas (LPG) cylinders for basic needs such as cooking and heating.

Another Worthington spoke is Dietrich Metal Framing. Based in Pittsburgh, Dietrich was acquired by Worthington in 1996 and is the largest U.S. supplier of galvanized-metal framing products for the commercial and residential markets. In its 18 facilities located across the country, Dietrich produces steel studs, floor joists, trusses, trade-ready products for ease in installing and other metal accessory products made of flat-rolled steel. Most of Dietrich’s sales are in the commercial market; however, the residential market represents a tremendous growth opportunity for this business.

Looking out for Employees

Worthington’s “claim to fame,” says McConnell, lies in its employee relations programs. “My father came out of World War II and worked his way up,” he says. “He began sharing his profits in 1966,” long before it became commonplace in the business world. Now, 17 percent of the company’s profits are divvied up among all employees. In addition, Worthington pays hourly employees in the same fashion as regular salaried workers. “The whole atmosphere is to treat everyone equally,” McConnell says.

Worthington has proved over and over that trust and confidence in employees pays off in performance. In 1966, despite advance warnings of failure from the steel industry, Worthington did away with time clocks and put all employees on salary, complete with paid absences. The company’s philosophy is to trust the work force and believe in its employees’ integrity. Another way Worthington practiced what it preached was in providing free coffee and doing away with the need for scheduled coffee breaks, leaving the decision up to the employees.

Under the founding McConnell’s leadership, the company moved further ahead of its time by instituting an incentive plan that rewarded bottom-line profit. The premise was simple: The more money the company made, the more each employee would make, regardless of whether the employee was in production, maintenance, sales or administration. Along with the profit-sharing plan, employee councils were created. All Worthington plants, except the union locations brought in through acquisitions, have used employee councils for decades to act as liaisons between workers and supervisors. The non-management employees serve two-year terms, and it is up to the employee council to vote in new employees for permanent positions and profit sharing after a 90-day trial period.

Worthington’s commitment to its employees has been profiled by a number of national publications. The company has been recognized numerous times in the “100 Best Companies to Work for in America” list for its on-site barber shops, medical and athletic facilities, low turnover rate and – as noted in one Fortune magazine “Best of” listing – its handling of a major plant fire. In 1997, fire destroyed Worthington’s Monroe, Ohio, plant. Although the site was a total loss, none of its 350 workers was hurt or lost his job, and Worthington was able to fill all customer orders through other facilities.

Worthington dedicated the year 2000 to reinventing every aspect of the way it does business. While the company is positioned for growth, it is also working through a sluggish time for the steel industry. But the focus is on managing change and taking advantages of opportunities.

In 2000, Worthington moved from the NASDAQ to the New York Stock Exchange, a marketplace more suited to an established company. The company also unveiled a new corporate and brand identity that captures both its tradition of leadership and its momentum for growth. In June, the newly formed Worthington Steelpac began operations to address the needs of one of Worthington’s largest customers, Harley-Davidson. Harley wanted a better solution for the shipping of its motorcycles. A cross-company team from Worthington designed a steel pallet that is now in full production in the York, Pa., plant. The steel pallet is reusable and recyclable, and has additional applications beyond transporting motorcycles. Worthington also announced its intention to purchase three separate companies, known as “the techs.” The successful completion of these acquisitions would position Worthington as a consolidator in the galvanizing business.

As these moves demonstrate, Worthington’s 45 years of know-how in the steel industry have translated to a clear understanding that solutions represent opportunities.