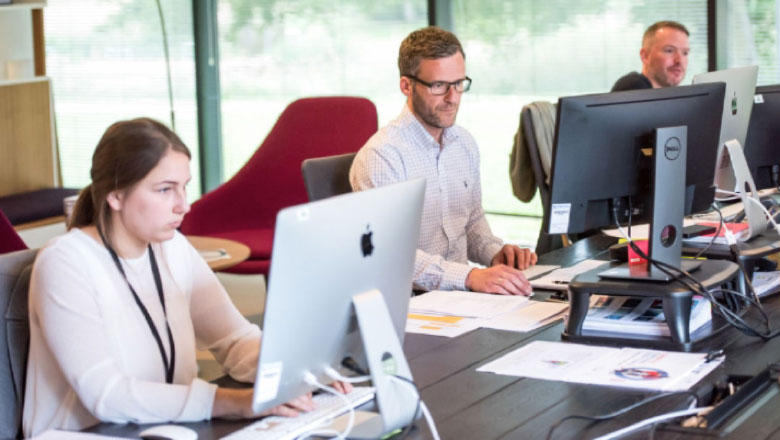 Back between 1929 and 1931 the Soviet Union unsuccessfully attempted to enforce five-day and six-day weeks. Later, following the French Revolution, the revolutionaries tried to institute a 10-hour clock. If we’re certain of something, it’s that time is relative. But, switching up the long-entrenched 5-day, 40-hour workweek is a disruption of the status quo of most of the world’s corporate culture. In turn, such a disruption needs to have some compelling evidence to back it up.

This is exactly what Microsoft Japan envisioned with its summer-long experiment testing the four-day workweek.

This past summer, employees at Microsoft Japan enjoyed something average workers, from the 8.4 million people employed in the U.S. construction industry to office workers around the world, only dream about. They worked for just four days of the week, had a three-day weekend, and still enjoyed their normal, five-day paycheck.

According to Microsoft Japan, this change resulted in a productivity boost of about 40%. By cutting out an entire day’s worth of powering their facilities each week, they also saw a 23% decrease in electricity costs. Employees printed almost 60% fewer pages during this trial as well, a number certainly helped by the five Fridays they had off in August.

The company continued its hour-cutting initiatives by instituting shorter meetings. About half of all meetings that typically ran for 60 minutes instead only lasted for 30 minutes. They also capped attendance at those meetings to just five people. The reasoning for this change, according to Microsoft Japan, was that there was often no reason to run such long meetings that tied up people from the same team.

Microsoft further encouraged a change in time management amongst its workers by urging them to use online messaging channels to communicate important information rather than in time-consuming meetings and emails. While changes in meeting length and communication style may seem fairly minor, the effects were anything but. According to Microsoft Japan, over 90% of their 2,280 employees later said they were impacted by the new measures.

A Global Culture of Overwork

For a country that has long struggled with a culture of overwork, this initiative is an important one in Japan. In 2015, an employee at a major Japanese advertising agency died by suicide on Christmas after working excessive amounts of overtime. Just two years later, a reporter at a Japanese broadcaster clocked over 159 hours of overtime in the month before she died.

While the issue of overwork has been especially prevalent in Japan in recent years, it affects plenty of other countries around the world as well.

In the United States, workplace analyst and author Dan Schawbel says that younger people tend to choose work flexibility over healthcare coverage when looking at workplace perks. Despite the importance of having an employer provide this coverage in the United States, it seems that young employees are focusing more on making it to the average age of retirement at 63 without experiencing workplace burnout. A crisis that is receiving increasingly more attention, burnout can cause employees to feel depressed, overwhelmed, and anxious in both their personal and work lives.

Not only does burnout affect the mental wellbeing of American workers, but it can impact their health as well. Americans get approximately one billion colds every year, which are often the result of immune systems weakened by stress and lack of sleep.

In the ongoing search for a work-life balance that boosts their health, many workers are seeking positions with schedule flexibility. The challenge is that the technology that allows employees to work from home and indulge in comforting treats like ice cream, which the average American consumes 28.5 times in one year, also makes it difficult for them to disconnect from work when they’re off the clock. Messaging apps and video calls certainly make traditional work more flexible, but they also make communication after hours far too easy

Some European nations have started to make progress in this area. In France, employees have the right to limit email and other forms of communication after their standard business hours. In the U.K., the Labour Party has made having a four-day workweek with a five-day paycheck one of its central political policies.

What Does Microsoft Japan’s Experiment Mean for the Working World?

The push for a four-day workweek doesn’t mean that today’s population doesn’t want to work. Recent surveys have shown that just 4% of workers would choose to work zero days a week if they still got a five-day paycheck.

The vast majority of workers would still choose to work three or more days a week. The enthusiasm for new initiatives to shorten the standard workweek simply indicates that workers are looking for a little more breathing room and a touch more balance.

Melissa is a writer and lover of literature. She’s always searching for the next great story to write on social justice and the best fiction to read. You can contact her at mjbrewer1020@gmail.com.