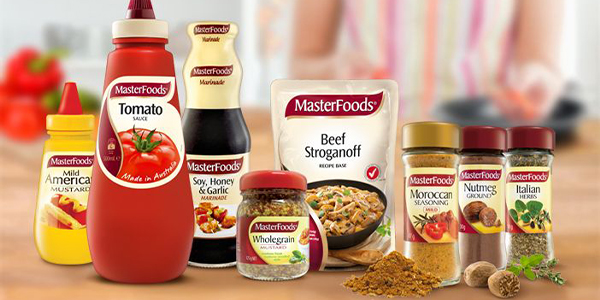 M&M’S Chocolate Candies have brought smiles to the faces of consumers since Forrest Mars, Sr. developed the brand in 1940. After 65 years, the appeal continues to be universal, crossing all age, gender, and national boundaries. Starting with an unprecedented idea, the iconic candy is now a blockbuster brand, bringing colorful chocolate fun to everyone.

Since the beginning, the brand consistently set the gold standard for innovations in product development, manufacturing and marketing. But most importantly, it struck a chord with consumers and quickly solidified its place as America’s favorite chocolate candies. Today, the M&M’S brand continues its reign, setting the trends, driving unforgettable partnerships, and ultimately remaining the top selling candy of all times.

But just how did America’s favorite chocolate candies get its start?

As the story goes, the candies that “melt in your mouth, not in your hand” were inspired by patriotism. Mars wanted to create a chocolate treat for soldiers in World War II; however, it needed to hold up to the extremely warm weather conditions. M&M’S, in brown, yellow, orange, red, green, and violet candy shells, soon became a permanent part of soldier rations, and remain so today.

By 1941, M&M’S Chocolate Candies were available across the nation. The candy was a bit larger than it is today, and was sold in a tube for just five cents. But it wasn’t until 1950 that the famous “M” imprint was added. It originally was printed in black, and changed to white in 1954. Printing the “M” is a proprietary process and another great innovation by the company, which created a carefully calibrated machine so as not to crack the candy shell.

The M&M’S Brand began advertising on television in the mid-1950s. With its TV debut came the introduction of its beloved characters, who have continued to delight and are now America’s most recognized cartoon characters. Green, the first female character, did not come on the scene until 1997, and Orange arrived in1999.

New varieties of M&M’S also started appearing in the mid-1950s with M&M’S Peanut Chocolate Candies, which is now the brand’s top selling flavor. Initially the peanut M&M’S were only available in brown. In the 1960s, red, yellow, and green were added to the color mix.

With seven varieties in all – Milk Chocolate, Peanut, Almond, Peanut Butter, Crispy, Mini and Mega – M&M’S has stayed at the forefront of food, culture and entertainment trends.

In 1982, M&M’S Milk Chocolate Candies made their first trip into space on the United States Space Shuttle. To this day, M&M’S are still a part of every space mission. In 1984, M&M’S solidified its international appeal and became the “Official Snack Food” of the Olympic Games.

Also on the sports scene, the M&M’S Brand sponsors a successful NASCAR Nextel Cup program. Elliott Sadler began driving the M&M’S-sponsored #38 car in the 2003 season. In 2004, he finished the season with two wins and an impressive ninth place in the points race.

In the mid-1990’s M&M’S hit the streets, asking Americans to weigh in on their choice for a new color. More than 10 million consumers voted, and blue was permanently added to the color mix. And now, consumers can choose from 21 colors of M&M’S and make their own personal color mix with MY M&M’S, which can be ordered by clicking on “custom printed M&M’S” at www.mms.com

As the new millennium dawned, the M&M’S Brand looked for a way to involve consumers from all over the world with the GLOBAL COLOR VOTET. Citizens of more than 200 countries voted to add purple, which became part of the color mix in all varieties for a limited time.

M&M’S also supported initiatives that weighed on the minds of consumers. In 2003, the brand launched an ongoing promotion with the Susan G. Komen Breast Cancer Foundation. Special M&M’S Chocolate Candies in two shades of pink helped further the Foundation’s drive for breast cancer research, treatment, screening and education with a donation from the sale of every bag.

Later that year, the company again focused attention on the M&M’S Brand’s most famous attribute – its color. At the stroke of midnight on Dec. 31, 2003, as the M&M’S Brand Characters partied with Dick Clark at his New Year’s Rockin’ Eve party, the brightly colored candies American’s knew and loved suddenly turned to black and white.

After the Great Color Quest, a nationwide search for the lost colors, the M&M’S colors returned – bolder and brighter than ever before. A blockbuster Hollywood party marked the occasion and celebrated the six lucky consumers who won the quest.

More recently, M&M’S has been at the forefront of the box office. For a 2004 partnership with the movie Shrek 2, M&M’S launched limited-edition ogre-sized candies. With overwhelming consumer feedback, the recently launched Mega M&M’S were born and are now a permanent part of the Milk Chocolate and Peanut M&M’S offerings. The new candies are, on average, 55 percent bigger in size and add a hint of contemporary sophistication with more of what adults love – more chocolate, more peanut, more candy-coated shell, and a more adult color pallet, including maroon, blue/gray, beige, turquoise and brown.

In 2005, the brand went to the “dark side” with limited-edition dark chocolate M&M’S and a partnership with Star Wars: Episode III Revenge of the Sith – the sixth and final episode of the most popular movie saga of all time.

In true iconic fashion, M&M’S continues to captivate consumers with product innovations. Insiders say to watch for M&M’S Pearls this summer, a limited-edition white chocolate variety tied to the Pirates of the Caribbean II. And if consumers have their way, we could one day see dark chocolate as a permanent addition to the M&M’S line up.

After 65 years, M&M’S continues to stay fresh and relevant. By keeping a step ahead of consumer trends, the brand that held a special place in the hearts and pockets of U.S. soldiers, now continues to live near and dear to the hearts, and pantries, of consumers across America.

Masterfoods USA, the United States food, snack and petcare operations of Mars, Incorporated, is one of the world’s leading food manufacturers. With more than $5 billion in annual sales, the combined food, snack and petcare segments are a symbol of excellence for quality brands. Headquartered in Hackettstown, NJ, Masterfoods USA employs more than 7,000 associates in the United States, with 15 manufacturing facilities nationwide. The company owns some of the world’s favorite brands including M&M’Sr Brand, SNICKERSr Brand, UNCLE BEN’Sr Brand, PEDIGREEr Brand Food For Dogs, WHISKASr Brand Food For Cats. Visit: www.masterfoodsnews.com.