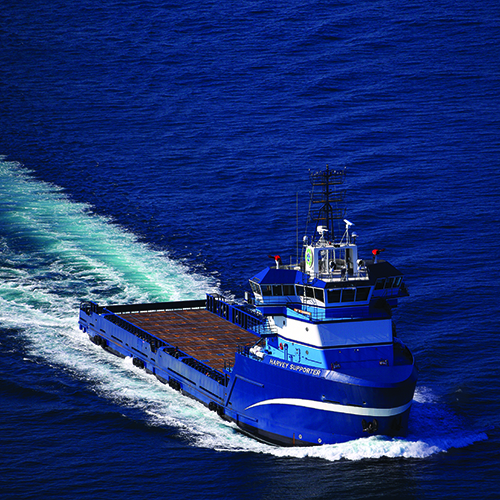 “Perfect storm” is a phrase that denotes disaster resulting from a confluence of bad circumstances. The term acquired common parlance after Sebastian Junger’s 1997 book of the same name and the subsequent 2000 film adaptation.

Eastern Shipbuilding Group understands well what that’s all about. Based in Panama City, Fla., the company was uniquely involved in the film’s production. “We built the swordfishing vessel that you saw in the movie,” reveals Brian D’Isernia, Eastern’s founder, president and chief executive officer.

But “Perfect Storm” doesn’t always mean a negative. Confluence of circumstances sometimes works out for the best. Eastern Shipbuilding Group is a perfect example. As it sailed forward, it headed straight into the dark clouds of the global economic storm. “Like most industrial companies, we’ve been fighting the battle,” says D’Isernia, “however, we’ve been very fortunate in that we have remained busy, and that’s due to the word getting out that we build quality vessels, treat customers fairly, and put our hearts and souls into the business.”

Business, in recent years, has translated into diversification – the company’s response to stormy weather. “Like the economy, and like the oil industry, shipbuilding tends to be cyclical, and we’ve diversified in terms of the kinds of boats we now build.”

In other words, translate “storm” into opportunity.

MANY VESSELS, MUCH SUCCESS

Since its beginnings in 1976, Eastern Shipbuilding Group has moved beyond just fishing vessels. Now it constructs offshore supply vessels, tugs, barges, firefighting vessels, passenger vessels, dredges and ferries, among others. This diversification well positions the company for longevity in its industry. Recent ferry vessel construction underscores what Eastern Shipbuilding is capable of accomplishing. In January 2011, it launched the Grand Manan Adventure, a $65 million, 281-foot ferry built for the Province of New Brunswick, Canada. The vessel is certified to carry 380 passengers and 82 vehicles. It replaces a vessel that could transport only 25 vehicles to Grand Manan Island. This is but one example of what the 36-year-old enterprise is capable of accomplishing.

One of the largest multiple vessel projects still underway at Eastern involves the contract with Florida Marine Transporters, a Covington, La.-based inland marine transportation company. This contract started back in 2005 with an order for eight 90-foot towboats. To date, 50 vessels have been delivered, five more are under construction and the contract is projected to be increased by an additional 10 vessels.

While cruising the turbulent waters in difficult economic times, Eastern Shipbuilding Group diversified its activities. When new vessel construction was down, it became involved in vessel repair and conversion as well as industrial fabrication. “You do what you have to do in hard times,” says D’Isernia.

And Eastern Shipbuilding is doing it all quite well. However, D’Isernia does admit that the company’s primary focus remains on new construction of vessels.

FROM FISHERMEN TO INDUSTRY

D’Isernia established his shipyard company in 1976, and his purpose was self-directed. “I was in the commercial fishing business, and I created the shipyard to build boats for myself,” he recalls. “That meant fishing boats. We fished out of New Bedford, Massachusetts in the summers and then followed the catch – swordfish – south into the Gulf of Mexico, where we fished in the winters.”

Eventually, word began spreading about the company’s construction capabilities. “After I built a few boats for myself, we started getting queries from commercial fishermen, and that led to our building quite a few commercial fishing boats for customers that worked in areas including New England, the Gulf, the Pacific and Alaska,” says D’Isernia.

Today, the company has two facilities: the Nelson Street shipyard and the Allanton shipyard, both located in Panama City. The first encompasses about 30 acres. “That’s where it all started,” comments D’Isernia. According to the company, the facility features two 1,500-ton marine railways, a 700-foot steel bulk-headed side launch facility, and 50,000 square-feet of fabrication buildings with overhead cranes. It also includes electrical, carpenter, pipe and sandblasting and painting shops, as well as warehousing. Also, this site houses the company’s corporate offices.

The company is deploying the latest equipment and technology and, therefore, needs workers to grab the handles. Eastern Shipbuilding envisions that company development, as well as contracts for new projects, will create as many as 500 jobs in its operating region. Specifically, an $18 million investment in new crane equipment and other facility improvements along with two new contracts to build oil service vessels will provide the job opportunities.

This will be a shot in the arm for the regional economy. “Unemployment in our area – Bay County – is at about 9.9 percent, so we think our business growth will have a positive impact,” says D’Isernia.

The contracts expected to fuel job growth involve construction of supply vessels for three companies: Harvey Gulf International Marine, an offshore oil service company from New Orleans operating in the Gulf of Mexico and Alaska; Boldini, S.A., located and operating in Brazil, and Hornbeck Offshore Services, an offshore oil service entity out of Covington, La. that operates vessels mainly in the Gulf of Mexico and Brazil. The Hornbeck contract will involve the construction of eight 300-foot offshore supply vessels. Indeed, this indicates an increasing business focus. “We’ve been building vessels for the offshore oil industry for the past 32 years,” says D’Isernia. “But the price of oil, which is now over $100 a barrel, has favorably impacted the construction of new oil-industry vessels. What we see happening offshore is that Brazil is aggressively – and intelligently – taking advantage of deep-water discoveries, and this is being positively exploited by companies such as Petrobras, which is one of Latin America’s largest oil and energy companies.”

This has resulted in improved business for Eastern.

But that information only skims the surface of the waters that Eastern Shipbuilding Group is now sailing. That gets back to the company’s shipbuilding diversification. Consider: For the Fire Department of the City of New York (FDNY), Eastern Shipbuilding Group recently delivered the world’s two most powerful fire-fighting boats, which represent a substantial upgrade over that department’s aging marine fleet. The vessels are named the Three Forty Three and the Fire Fighter II.

The Three Forty Three name serves as a reminder of the 343 firefighters that were killed during the September 11, 2001 terrorist attack on the World Trade Center. But this vessel represents more than just a memoriam. Its purpose is practical. “One of the things that happened during the 9/11 attack was that the collapse of the two towers severed quite a few of the city’s water mains,” reminds D’Isernia. “Essentially, that forced FDNY to fight fires with one hand tied behind its back.”

The FDNY was forced to respond to an apocalyptic conflagration without any water pressure. “That’s the problem that the two new vessels were designed to solve,” he says.

But while D’Isernia is confident about the vessels’ capabilities, he hopes that their value will never have to be fully demonstrated. “No one wants to see the Fire Department of New York City go through something like that ever again,” he says. But if a disaster, natural or terrorist-related, should occur, these vessels are fully equipped to help handle the situation. “While they are only 140 feet in length, the vessels can pump enormous amounts of pressure,” he says. “Firefighting boats are measured by their pumping capacity. These two vessels can pump 50,000 gallons of water per minute each.”

Further, the two vessels can be moored anywhere in the New York Harbor – “On either the Brooklyn or New Jersey side,” describes D’Isernia. “From there, the vessels can also perform as mobile pumping stations, and that means that these ships can literally help fight fires that are up to five miles inland.”

It’s ironic: While D’Isernia is proud of his company’s technologic accomplishments, he never wants to see the full extent of the capabilities deployed.

But at least we know the equipment is available.

With each new contract, Eastern positions itself as the shipyard to-go-to for building highly complex vessels of all shapes and sizes, across every market sector of the shipbuilding industry. Eastern is investing heavily now to insure its place in the future.