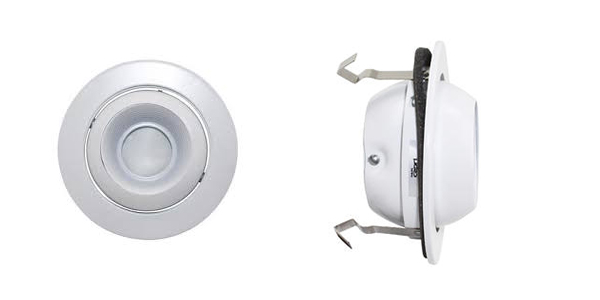 Formed in 1998 by the merger of The Genlyte Group and Thomas Industries, Genlyte Thomas Group has hardly paused to catch its breath from this monumental event. Normally, two high-powered companies of this sort (both being leaders in the industrial-lighting market) need time to sort together a new organization for the combined entity, to decide which executives get which jobs and to unify manufacturing, marketing, operations and sales into a cohesive, targeted whole.

Genlyte Thomas has done all of that, to be sure. But it hasn’t stopped making deals, either. In May 1999, the company purchased a 2 percent interest in Fibre Light International of Australia, a company that commercializes fiber-optic lighting technology. One month later, Genlyte Thomas acquired the assets and liabilities of Ledalite Architectural Products Inc. of Vancouver, thus bringing into the fold this firm’s architectural linear lighting product lines. In September 2000, the company purchased Translite Limited of San Carlos, Calif., a manufacturer of low-voltage cable and track-lighting systems, and decorative architectural glass lighting. One month after that, Genlyte Thomas swung a deal for the assets of the U.S. Safety System division of Chloride Power Electronics, Inc., from its London-based parent, Chloride Group PLC.

Bigger and Better
Clearly, these moves have transformed Louisville, Ky.-based Genlyte Thomas into the colossus of commercial lighting systems. Today, this combined operation numbers 27 manufacturing facilities, all in North America and adding up to slightly less than 3 million square feet in space, and 5,500 employees. When its sales for 2000 are totaled, according to Larry Fox, director of corporate purchasing, Genlyte Thomas should have raked in $1 billion, up from slightly less than $500 million in 1997.

But one critical aspect of Genlyte Thomas has not and will not change: its two-way focus on top-level service to its customers and on high-quality partnerships with its suppliers. It remains oriented around the philosophy of Larry K. Powers, president and chief executive officer. “For our customers,” as Fox expresses Powers’ vision, “it’s service, service, service, combined with strong product offerings.”

The company has also found a unique way of enacting the Powers philosophy in its own structure. The mergers and acquisitions of these past three years have beefed Genlyte Thomas’ line with some of the lighting industry’s glossiest brand names: Lightolier, Capri, Omega, Hadco, Day-Brite, Emco, Gardco, Lumec, Bronzelite, Canlyte, Translite, Stonco and Wide-Lite are all stalwarts of the company’s product line.

A Brighter Idea
Among other consolidating companies, the usual post-deal moves involve combining the sales, marketing and operations behind a slew of brands into one vanilla-tinted organization – which usually ends up with everyone on the staff of such an organization thinking alike in spite of the fact that its brands may have differing end uses and customer bases.

Genlyte Thomas purposely avoided this knee-jerk structure. As Bill Ferko, chief financial officer, describes the company’s new organization, “We go to market with each of our brands having and maintaining its own identity. We have separate brands and separate organizations to handle each brand. This has had major benefits for us. For example, looking at our industrial market, that organization focuses specifically on industrial brands – how to help lower the cost of lighting in industrial or office environments. Specifically to the manufacturing sector, we present ourselves as lighting control sources for these manufacturing customers. It’s actually a more focused organization based on products and customers.”

Fox adds, “It’s a unique strategy because the lighting industry thought we would combine all of these product lines. But with our structure, each brand has a separate organization and each division is responsible for its own product group. Each of the brand sectors is responsible for its own profit and losses. Larry Powers had a better vision for the company than what the industry thought would happen: top-to-bottom organizations, with a chief executive for each brand and a full organization underneath that CEO.”

Thus, the Day-Brite brand can continue to focus on its traditional markets, as it did with its recent launch of the WattWatcher line. A response to the energy crisis in California and other western states, WattWatcher is designed specifically to lower energy consumption and cost, and is particularly apt for industrial customers. Ledalite, whose customer base is the architectural market, zeroed in on that base with its recent debut of ERGOLIGHT™; this new product applies smart technology to lighting, one of the first to do so, in creating a whole new roster of “intelligent-lighting” products for offices.

Wide-Lite, which has been at the vanguard of high-intensity-discharge (HID) technology, continues to raise the performance bar for its HID Lighting and Control Systems for its customer base in multipurpose arenas and convention centers – customers who have benefited from HID’s energy efficiency.

Turning on the Power
This structure makes sense not only because of the customer focus within each brand’s staff, but because of the second face of Powers’ vision: partnerships with suppliers. Clearly, just as with customers, the individual brands’ managers know the needs of their suppliers and can act upon them in a more focused way than a combined organization could. But Genlyte Thomas has taken this a step further with its Vendor Empower Management (VEM) program, which has deepened its relationships with suppliers and enriched the business for both sides.

Fox describes VEM in this way: “VEM empowers suppliers to make real-time decisions with real-time information. It’s based on the Internet, which allows us to turn material 10 times faster than before, and also empowers suppliers to forecast more accurately. We’re the first lighting company to start an Internet system with our suppliers, which began about three years ago.”

He also offers the following example of how VEM can work: “At 3 in the afternoon, a supplier can go into our system and see what we need, and get it delivered to us by the following morning. Sourcing is the critical cog in the lighting market. By letting the supplier and our production people carry out the sourcing function in real time, we’ve created significant cost advantages both for us and for our suppliers.” Genlyte Thomas has done more than save on sourcing costs with VEM; it has used it to advantage with its customers as well. “It used to take us weeks to get these products to customers,” says Fox. “Now it takes us hours. VEM has really motivated our suppliers, one of whom went from No. 48 out of 50 of our suppliers to the top three in two years. Suppliers are now in the habit of going on the system every hour. That’s real partnership.”

Fortified with such “real partnerships” and a steady, unwavering focus on its customer segments, Genlyte Thomas has a leg up on the competition as it pursues the opportunities it sees going forward. Ferko says, “Eighty-five percent of our business is in the commercial and industrial sectors, and opportunities will evolve in all of these sectors. We have a strong presence in offices, retail, hospitality and schools. In the latter, there is potential demand in lighting products for computer screens and in creating better work environments for students. The major office centers in the big cities will continue to offer opportunities, especially as mergers and acquisitions keep happening. Any time there’s a deal of that sort, offices change for the executives and the staffs, and this is an opportunity for us.”