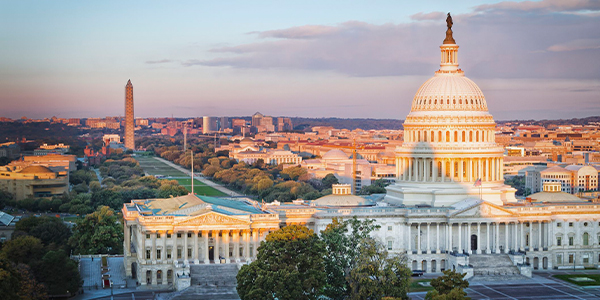 Is George Bush a Keynesian, or just absent minded? One wants to be fair-minded about the huge budget deficits being run up by the Republican Congress and the Bush White House. There is a war on, to be sure, and any sensible analysis points to high defense costs and a continued American military presence in Afghanistan and Iraq (if not elsewhere in the Middle East) for as long as three years.And Mr. Bush has been spending considerable personal capital and prestige traveling the country to win support for his ambitious Social Security reforms which all agree are long overdue.

Yet, while Social Security restructuring is problematical at best, there has been no movement at all either by the president’s legislative lobbyists on Capitol Hill or by his supposedly loyal Republican leadership in either House or Senate on a whole host of absolutely critical domestic economic reforms. In his lead article in this magazine (page 8) NAM president John Engler puts it right when he says…”there is a very real question in the minds of many business and political leaders about our country’s determination to remain competitive in our all-important manufacturing sector.”

Or, put another way, who’s minding the store?

For example, it should not take four years (going on five now) to craft and enact an omnibus energy bill into law. This is not simply a matter of high gas pump prices. The United States may be the world’s third largest oil producer but the 10-plus million barrels of domestically produced oil back in the 1970s has contracted to seven-plus million daily barrels. Big fields such as Alaska’s Prudhoe Bay have seen output fall sharply by near 75 percent just since 1987.

As a result we are now more dependant on imported oil than ever, and getting more so. Imports of oil now provide 58 percent of our daily consumption, or roughly 22 billion barrels. Within 20 years, all things remaining the same, we will be buying nearly 30 million daily barrels for nearly 70 percent of our needs.

As of this writing there is almost no prospect of an energy bill being passed out of either House or Senate, much less proposals for safe production in the arctic National Wildlife Refuge (ANWR) which could yield 10.3 billion barrels of oil. There are other pieces of legislation languishing as well on the energy front including proposals to increase ethanol use and to promote renewable fuels.

That is not to say that the U.S. government has not been busy on the energy front. The 2005 appropriations for the Department of Energy list a whopping $712 million in spending on something called Clean Coal Technology, or scrubbers to you. That is a 651 percent increase over scrubber research spending from just five years ago. But in truth the agency has been spending at least $100 million a year for the past decade on research and development on various technologies that electric utilities can use to meet environmental standards on coal-fired generation plants.

While there is nothing inherently wrong about developing new environmental controls so we can use our vast coal resources more efficiently, the sudden splurge on scrubbers is just one example of a broader lack of coherent direction in domestic economic policy that is beginning to worry. There does not seem to be any concerted economic strategy being worked out between the Bush strategists and the Congressional leadership.

To the contrary George Bush is on his way to presiding over the largest overall increase in U.S. government spending, challenging Lyndon B. Johnson, who tried to fight a war in Vietnam and build his Great Society social welfare system at the same time. The irony of a big-spending Republican president and Congress would be funny if it did not appear to be aimless and subject to whims.

It is now 10 years since the Republicans took control of both houses of the national legislature and some of us still remember brave statements about a Contract with America and about eliminating three cabinet agencies (Education, Commerce, and Energy) and shutting down more than 200 programs. And indeed, during much of President Bill Clinton’s last five years in office the federal budget as a percentage of our gross domestic product was cut from 20.7 percent to 18.5 percent in 2001.

Since then the $1.86 trillion budget of that year has increased by 33 percent to $2.48 trillion to 20.3 percent of our GDP. Of the 101 largest programs the GOP lawmakers swore to eliminate in 1995, the 2006 budget allocations have grown by 27 percent.To be sure, the war costs are unavoidable. Defense spending, after adjusting for inflation, is higher today ($402.6 billion) than it was during Ronald Reagan’s build up ($399.6 billion) and rivals LBJ’s largest Vietnam War budget ($421.3 billion),according to Stephen Slivinski, a budget analyst at the Cato Institute here.

But as Slivinski also noted,” With the exception of the Environmental Protection Agency, the inflation-adjusted budget of every major domestic agency was bigger at the end of President Bush’s first term than when he took office. That is unique in the history of the past 40 years. With the exception of George H.W. Bush, every president after Johnson presided over cuts in total inflation-adjusted agency budgets of two or more cabinet-level departments. If Congress passes Bush’s 2006 budget as is, not a single domestic cabinet-level agency will be smaller than when Bush assumed office.”

So what we have is definitely not a return to Keynesian stimulus, as when Richard Nixon cheerfully tried to curb inflation with one hand and stimulate the economy out of a recession. What we have is a Congressional majority that is enjoying unchallenged access to the pork barrel. And we have a president who is preoccupied with a war and a single social-issue item, Social Security reform. So who’s minding the store?