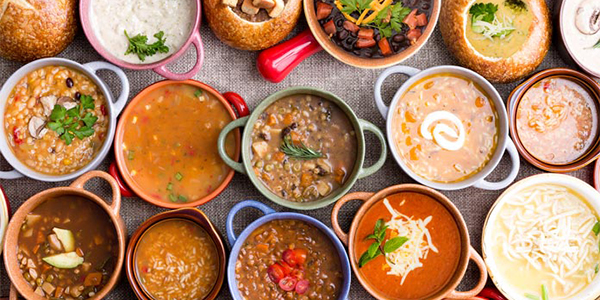 Henry Wallace, Secretary of Agriculture under President Roosevelt, held a press conference during the depths of the Great Depression to introduce a set of farm policies. In the words of Secretary Wallace, the programs were “a temporary solution to deal with an emergency.” While there have been some modifications to our farm policy over the last 75 years, we are still utilizing a form of those “temporary solutions” designed to address the crisis posed by the Great Depression.

This begs the question: Is our present farm policy designed for the age of globalization and are our policies assisting the maximum number of our farmers and rural residents to compete and win in the international marketplace? The answer is no.

We are in an era of incredible and rapid change. It is clear that the dominant economic model we face is globalization, which is driven by the forces of speed: the speed of communication, the speed of innovation, the speed of commerce. We must accept that our national borders are becoming increasingly porous to the flows of information, capital and commerce. We must understand that we no longer have the luxury of instituting or maintaining domestic policies that are immune from or inconsistent with these global forces.

U.S. agricultural policy must change and adapt to the demands of the modern global marketplace. There are those who advocate waiting for changes to international trade agreements before changing existing U.S. programs. This is a mistake. Our nation’s farm policy must be reformed, unilaterally if need be.

The agricultural policies we have in the U.S. are dysfunctional to say the least. Ninety-two percent of crop subsidies are provided to only five commodities – soybeans, cotton, corn, wheat and rice – that make up less than 30 percent of U.S. agricultural revenue. Only 30 percent of U.S. farmers receive subsidies, and 10 percent of those farmers receive 70 percent of the subsidies paid by taxpayers. The existing dairy and sugar programs actually impede investments in the development and production of new products, undermining the international competitiveness of U.S. food manufacturers. A Commerce Department report released recently found that our nation’s sugar policy has contributed to the loss of 10,000 jobs from 1997-2002 at companies who produce sugar-rich products.The same study found that our sugar program is driving up food prices, which in effect is taxing U.S. consumers $1.5 billion a year

The need for unilateral reform is even more glaring when we consider the fact that farmers producing close to 75 percent of the agricultural output in the United States are competing today without subsidies. They are paying a price for our current farm policy.

U.S. Agriculture Secretary Mike Johanns should be commended for challenging agriculture leaders to embrace a sustainable farm policy that is consistent with the age of globalization. The overriding role of the federal government should be to help our farmer compete and win internationally and to design our agricultural policy in a manner that empowers our broader rural constituency to prosper in the age of globalization.

By opposing the modernization of our archaic farm policies, a minority of farmers in the United States are holding hostage the 80 percent of U.S. agriculture that is willing to compete and win in the global marketplace.

We can provide an appropriate safety net for our farmers. They must be given a new toolbox with the tools to assist them in managing risks in a way that minimizes distortions in the marketplace. A broad-based coalition – including all U.S. farmers, not just those receiving subsidies, environmental interests, the research and academic community, representatives from rural communities, nutrition and feeding advocates, economic development organizations and free-market advocacy groups – must be formed to work for fundamental reform of our farm policy.

We have a golden opportunity to cast off the policies of the distant past that are no longer consistent with an age of global trade and development. The “temporary solutions” Secretary Wallace spoke of so many years ago should finally be retired. We must embrace agricultural policies that address the market place realities of today, not those of 75 years ago.