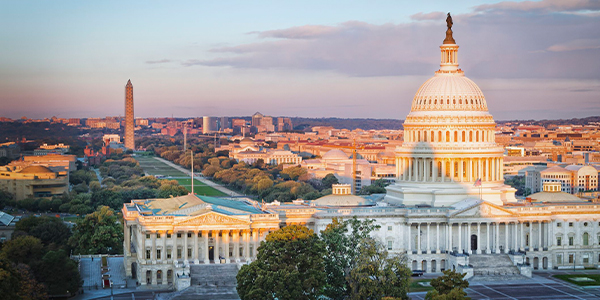 Washington: Now is the summer of our discontent made even more fraught with uncertainties: doubts about the dollar, fears about inflation and recession combined at the same time, plus worries of a general downturn in the global economy. All of this in the midst of a period of low-inflation, easy money prosperity and a tight labor market where the jobless rate is the lowest in years. No wonder President George Bush is in a gloomy mood.

The temptation is to resurrect the old Wall Street nostrum, “Sell in May, then go away.” Summers are a dicey time on Wall Street. It has always been thus. And we have a new Federal Reserve Board chairman, Ben S. Bernanke. We remember the last time we had a novice Fed chairman – named Alan Greenspan – was in the hot summer of 1987 when his attempts to tighten the overheating U.S. credit markets touched off Black Tuesday and a profound market slump that lasted into the 1990s.

We would pose an explanation that runs counter to the prevailing wisdom. Observers of the U.S. economic scene in the global context have a number of things to worry about but they do not include a real threat of an inflation surge that will result in a central bank crackdown that will plunge key assets and activity sectors around the globe into a deep recession.

There is enough to worry about. The war in Iraq tests the attention span of those nations with troops committed there. The threat of an Iranian nuclear arsenal offers no easy solution for a wider coalition of interested major powers. Increasingly tight supplies of hydrocarbon energy are being wracked by fragile markets and insatiable increases in demand. There are new economic players – India and China to name just two – whose ambitions must be accommodated. And there are old economic failures- – much of Latin America – that appear willing to drink poisonous political remedies rather than face up to the hard tasks of moving to true market economies and democratic political systems.
But having said all that, a depreciating dollar, a tight credit environment and the threat of rampant inflation that ends in a burst bubble are not among the list of dreads that should roil the markets – yet they do. And from that one can only conclude that a general political dissatisfaction with the administration of George Bush in America, of Tony Blair in Britain, and Jacques Chirac in France – to name just three – has distorted the perspective of the marketplace.

Consider the fear that the Fed in the U.S. (the Bank of Japan, and the European Central Bank in tandem as well) are embarked on a tight credit policy that will feature, among other things, a falling dollar, rising yen and euro rates, and generally higher credit costs.

The first evidence offered is that the Fed starting in June 2004 has incrementally boosted the federal funds rate from 1 percent to 5.25 percent (as of July ). Yet 10 year U.S. Treasury note yields are up only about 15 basis points and U.S. corporate bond yields were actually 20 to 40 basis points lower than they were two years ago. Stock prices on Wall Street are back to where they were at the peaks in 2000. And all signs are that U.S. real economic growth will range between 3.5 percent and 3 percent well into 2007.

The consensus analysis however is to call this “tight money” and to point to the Fed Open Market Committee meeting for July as a make-or-break point. If the Bernanke Fed pushes the overnight bank rate beyond 5.25 percent, a repeat of Greenspan’s 1987 market shakeout is on the table. What nonsense.

Then there is the other badly stated assertion that the Bush Treasury has embarked on a concerted policy to let the dollar slide against the Euro-currencies and the Japanese yen (not to mention the Chinese yuan) as a way of increasing American export sales abroad.

What’s wrong with that assertion is that the U.S. Treasury gave up the practice of trying to jawbone the dollar in any direction since back in the days when Robert Rubin was Bill Clinton’s Secretary of the Treasury. But are the Americans happy to see the dollar decline? Of course they are and they are especially pleased that the Bank of China has caved just enough their yuan appreciate in April against the dollar as a face-saving device all the way around. But face facts, since last July 21 when the yuan was revaluated at 2.1 percent, and again with April’s 1.2 percent uptick, the Chinese currency has appreciated nominally only 3.3 percent and against a prevailing 2 percent inflation rate that comes out to no revaluation at all.

Nor has the Bank of Japan, despite predictions, moved off its zero interest rate regimen. Neither is the European Central Bank going to let the dollar fall too far. So whatever the Swedes and other peripheral central banks do with their dollar surpluses, the dollar will still not only be the world’s major trading currency, it will also be the world’s investment refuge.

Will American core inflation rise beyond its current 2 percent mark this summer? Almost certainly what with manufacturing activity still high, employment continuing to press labor markets, and asset creation spurring consumers. Will Bernanke’s Fed raise the fed funds rate another quarter point in June? Again, probably. Will U.S. home sales continue to press the economy upward? Probably less so than a year ago but all those baby boomers have to live somewhere.

Will Mr. Bush’s Republican colleagues maintain their control over both houses of the Congress in this November’s mid-term elections? History says that they will lose seats but not enough to matter. But that will not make the worriers any happier.

James Srodes is a 30-year veteran of the Washington and Wall Street news beat for maga-zines such as Business Week, Financial World and Forbes. For 23 years, he wrote a column for the British Sunday Telegraph; he currently writes for the Spectator.