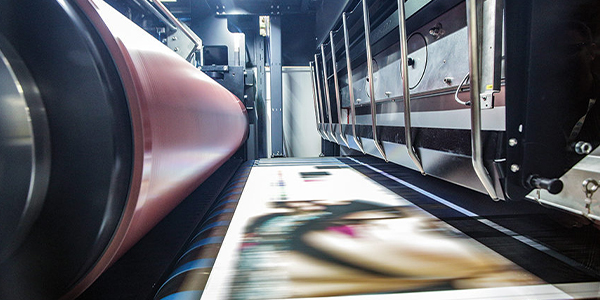 Remember the classic album covers of the 1960s and 70s? We’ve all changed since then and so have music formats with the introduction of CDs. It turns out that the company behind many iconic images of classic rock has also gone through some changes.

Ivy Hill was originally founded in 1914 in New York. It was sold to media repertory and replication giant Warner Communications in 1988 and became vertically integrated as part of Warner Music Group. In October 2003, Cinram International, the Toronto-based company that produces and distributes CDs, DVDs, VHS tapes and audiocassettes, acquired Ivy Hill as part of the acquisition of Warner Music Group’s manufacturing and distribution assets.

Ivy Hill has led the industry in innovative design, packaging, point-of-purchase displays and outdoor signage while at the same time selling CDs, DVDs, as well as audio and video cassettes for its sister companies.

“Our credo is to help create packaging that sells product,” says Sales and Marketing Executive Vice President Rich Oppenheimer. “Each project that we are awarded can be offered with myriad solutions.”

Things Great and Small
“One of the unique things about Ivy Hill that is different from our competitors is the sheer amount of product that we are given the opportunity to manufacture as the major supplier to the Time Warner family of companies,” Oppenheimer reflects. “Aside from the hundreds of millions of CD and DVD packages that we produce, we do huge, building-sized outdoor billboards, posters for lobbies of movie theaters, corrugated displays for both music and video, and millions of multiple disc DVD packages utilizing both the Digi-tray and the Twin Disc Pozzoli tray, exclusive to Ivy Hill in the United States.

“The DVD phenomena of boxed sets for multiple disc television series are very ‘packaging sensitive.’ Home Improvement, Seinfeld, Everybody Loves Raymond, or any other multi-disc package has to be really distinctive, unique and different,” Oppenheimer says.

Ivy Hill’s hot graphic designers really think out of the box to create dazzling looks for new formats of media and packaging. “We have our own designers and do a lot of finished, computerized comping of graphics,” he says. “Many of the studios like to create competition between us and other suppliers to show the application of a unique package when graphics are applied.”

Bi-Coastal Printing
Ivy Hill has four printing plants: The prepress and commercial printing operation in Amityville, N.Y. produces music booklets, wraps, inserts, and packaging for books on tape. Louisville, Ken., produces components such as CD booklets and folders for the music industry, and Amaray wraps and inserts for the DVD industry. The largest plant, with 300,000 square feet is located in Terre Haute, Ind., and produces paperboard product for the music, video and computer software industries. Los Angeles is a folding carton facility that parallels the product lines of Terre Haute. “We have found L.A. to be a very helpful sales tool for us because a lot of art directors from the studios on the West Coast like the idea of doing press checks locally instead of traveling to the East Coast. None of our competitors can boast a plant on the West Coast,” he notes.

While the music industry continues to respond to ever-changing tastes and new recording and media storage technologies, Ivy Hill is poised to keep pace by providing smart packaging solutions. “It will never end. There will always be retail product because people love to shop and that’s not going to change,” Oppenheimer predicts. “And packaging will always facilitate the sale of the product.” He points to the potpourri of packaging in retail settings, including displays, designed to catch attention and grab sales.

Next on the horizon in the entertainment industry are high definition DVDs. “These will create a new interest level in catalog sales and certain titles with a higher quality imagery so that people will want to enhance their collections,” Oppenheimer adds. Ivy Hill is ready to design new packaging to encourage people to do just that. “Ivy Hill has made some fantastic strides in its perception in the marketplace by being proactively creative and offering innovative packaging solutions. We are considered to be among the best in the business,” Oppenheimer says.

So let’s not feel too sad that digital music recording and CDs have reduced album art to a miniature canvas. Ivy Hill makes up for the loss through attractive packaging designs that are truly music to the eyes.